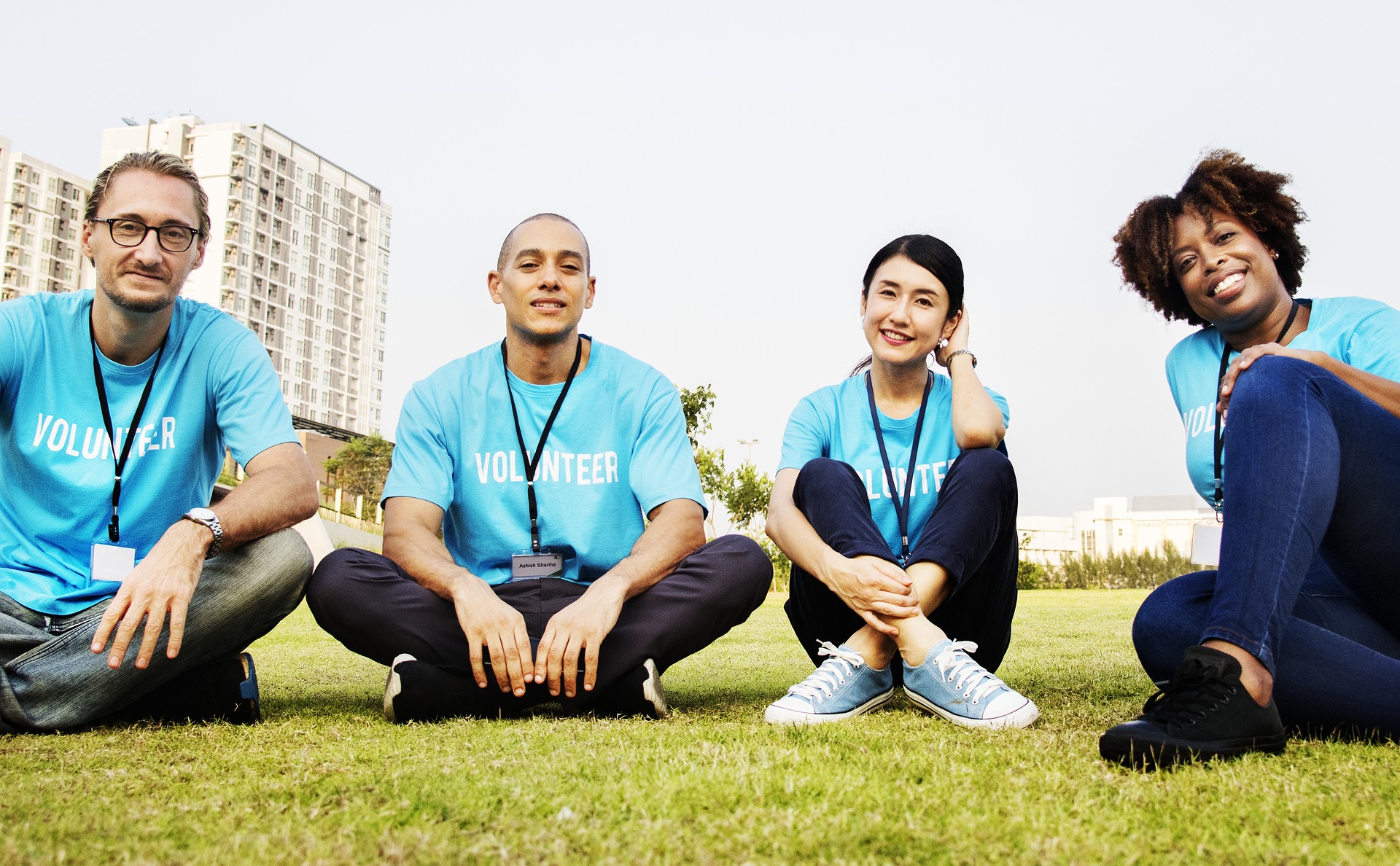 In a previous post we saw how the turnout of younger voters has fallen substantially over the past fifty years, and that the turnout gap between young people and the wider electorate has trebled since 18 year olds were first allowed to vote. There is an extensive – and sometimes heated – debate amongst academics, politicians, journalists and young people themselves about what causes this and makes Millennials so unlikely to vote compared with their parents and grandparents when they were the same age. A regular feature of such debates is the role of ‘citizenship’: specifically, how young people understand what it means to be a ‘good citizen’, and the role of voting within it.

This matters because the belief that voting is a civic duty has a particularly powerful impact on whether or not someone goes to the polls. Even if they are not interested in politics, or don’t care who wins an election, or live in a safe seat where their vote will make little difference, they are far more likely to vote if they feel that they have a civic obligation to do so. Millennials, however, are far less likely than their elders to share this belief. As can be seen in the graph below, over the last six general elections an average of 63% of under-30s have agreed that voting is a duty, compared with 80% of the over-30s. Roughly one in five under-30s reject the idea that they have a civic obligation to vote, compared with 12% of the 30+.  This difference is reflected in the age divide in turnout: in the 2017 election, of those under-30 who felt that they had a civic duty to vote, 58% did so – compared with just 28% of those who did not feel voting was a duty. 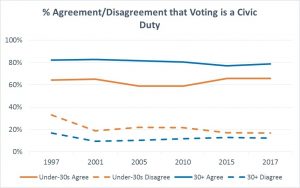 While this shift in understandings of ‘citizenship’ might be contributing to a worrying decline in turnout, it is not an indication that Millennials are civically irresponsible or do not care about politics. Numerous studies have shown that young people believe they have extensive obligations to their communities, one of which is to take an interest in and keep up with political affairs.  They are simply less likely to believe that they have to vote even if they are not persuaded to do so, or that it is important to do so, by politicians. Nonetheless, this shift is still a cause for concern: if so many young people continue to reject the view that they have a civic responsibility to vote, then they will be deprived of one of the most powerful motivators of turnout – a motivator that for the last forty years has ensured that their elders are better represented than they are.

Previous research has suggested, however, that volunteering may have the potential to change this.  Studies of the benefits of volunteering have argued that people can develop closer ties to others in their community, become more informed about and involved with local issues and decisions, and feel a greater sense of social responsibility as a result. They have also pointed out that volunteering is a demonstration of an individual’s willingness to prioritise the interests of others, and to give up something of theirs (usually their time) for the collective benefit. One potential consequence of this is to encourage volunteers to rethink their relationship with their community, and their view of their participation in communal decision-making.

The evidence supporting this is, however, limited. We know that people who volunteer are more likely to believe that voting is a civic duty (whatever their age), but we don’t know whether this is because of their experience as a volunteer, or whether they volunteered in the first place because of their pre-existing beliefs about civic duty. A key advantage of the ‘Social Action as a Route to the Ballot Box’ project is that it has access to data to overcome this limitation and test this theory: we can see how young volunteers’ views of their civic duty may have changed as a result of their experience. One of its key research objectives, therefore, will be to see if volunteering can instil in young people a greater likelihood of believing that they have a duty to their community to vote in elections, and so ultimately make them more likely to make their voices heard.
i British Election Study, 1997-2017
ii See, for example, the work of the Youth Citizenship Commission, or the work of the Joseph Rowntree Foundation
iii Some may argue, of course, that the evolution in young people’s conception of civic duty is welcome, and that it is a good thing that they are more discerning about whether or not they should vote. While this may be a reasonable argument from some perspectives, the focus of this project is on improving the turnout, and therefore representation, of young people in UK elections. From this perspective, the growing belief among young people that voting is not a civic obligation is problematic, and contributes to their under-representation in politics.

Tags Data & Methods | Social Action as a Route to the Ballot Box: Volunteering and Turnout
Share