Research by WISERD Professors Paul Chaney, Ian Rees Jones and Ralph Fevre analyses over 1,300 pledges on animal welfare in party manifestos for Scottish, Welsh and Northern Irish elections from 1998 to 2017. It reveals the nature of political parties’ competition over the issue, as well as a significant increase in attention to this topic across successive elections. The analysis also explores developments in two specific areas of animal welfare: wildlife protection and farm animal welfare.

The wider significance of this study lies in showing how ‘devolved’ elections are increasingly attuned to the co-existence of humans and animals, and are driving the emergence of distinctive animal welfare regimes in the different countries of the UK.

Humans and animals are inextricably tied in a complex set of relationships. These are not static, and over the past century they have undergone a profound transformation. Previously, animals figured in the modern project principally as resource for human progress. Yet, of late, the subordination of animals is being seriously questioned by those emphasising sentience (i.e. animals’ capacity to feel, perceive, or experience subjectively).

In a more profound sense, it begs the under-researched question: how do we conceptualise and understand human and non-human species’ relationship in the concept of ‘civil society’?

The ‘sentience shift’ is reflected in public attitudes data that indicate appreciable support for policy measures to promote animal welfare. Increasing party attention to animal welfare can be seen as a key shift in parties’ ‘electoral bargain’ with civil society which is increasingly sensitive to the co-existence of human and non-human species. As the foregoing suggests, animal welfare is an umbrella term that is made up of a series of sub-fields, including:

• and the use of animal products in garments and other artefacts.

Animal welfare refers to the avoidance of the negative feelings and experiences related to the ‘Five Freedoms’ (freedom from: thirst, hunger and malnutrition; discomfort and exposure; pain, injury, and disease; fear and distress; and freedom to express normal behaviour) – as well as the generation of positive and subjective animal experiences and, improving human-animal relations.

1. What are the principal characteristics of animal welfare pledges in UK ‘devolved’ elections in terms of topics, party competition and level of attention/ prioritisation (issue-salience)?

2. What are the principal characteristics of electoral competition in relation to the sub-fields of: (a). Farm animal welfare and (b). Wildlife protection?

Across UK countries, this study’s analysis shows how, as devolution has matured, animal welfare policy has been subject to increasing attention in devolved (or meso-level) electoral competition (Figure 1).

A core theme is the connection between the mistreatment of animals and violent crime. For example, ‘We recognise the links between animal cruelty and human violence and believe there should be formal recognition of these links’ (Scottish Green Party 2007, 3).

Others underline the link between the economy and well-being, ‘Biodiversity has an important role to play in the social and economic life in Scotland, contributing to the wellbeing of Scotland through access to wildlife-rich environment’ (Scottish Liberal Democrats 2007, 11). Generativity (or a concern for the well-being of future generations) is a further motivating factor, ‘Given our capacity to destroy, we have a responsibility to protect and conserve those other species with which we share the planet, and to leave a planet for future generations that is no less diverse than the one that we inhabit today’ (Scottish Green Party 2003, 4).

In addition, the analysis reveals a cross-party desire to tap rising public support for farm animal welfare at the ballot box. The Green Party made most pledges on the issue (39 per cent of all party total of pledges), followed by the Liberal Democrats (13 per cent of all party total of pledges) (e.g. ‘We will: Develop a national strategy, co-ordinating the agricultural industry, the veterinary and emergency services, to respond to, and tackle animal diseases’, Welsh Liberal Democrats 2007, 6). In turn, they are followed by the nationalist parties (12 per cent), Conservatives and Labour (11 and 10 percent, respectively).

Key tropes in the wildlife pledges across polities include the strengthening of legal protections (Scotland), habitat restoration (Wales), and species-specific interventions (Northern Ireland). Of all the animal welfare topics, the present study shows that the greatest Left-Right divergence is in relation to safeguarding wildlife habitats/ promoting biodiversity. Left parties predominate making 88 per cent of such pledges compared to 12 per cent by Right-of-centre parties. The Left’s predominance is the result of Green Party and Left-of-centre civic nationalist parties’ pledges (30.2 and 29.7 per cent of the all-party devolved election wildlife pledges, respectively).

Why do these findings matter?

Whilst there has been study of animal welfare in Westminster electoral politics, before the role of devolved elections was overlooked. The present analysis provides initial insight into a new ‘sentient dynamic’ in electoral politics in which party programmes are increasingly attuned to the co-existence of humans and animals in distinctive ways in the different countries of the UK. This marks a key shift from older attitudes towards animals that regarded them as a resource and subject to limited policy pledges in state-wide Westminster election manifestos 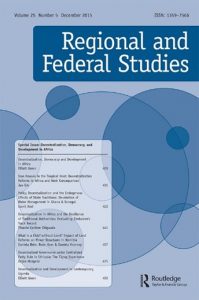