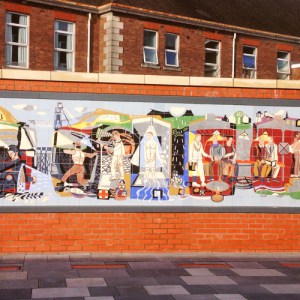 Declining levels of trade union membership is often cited as evidence that trade unions have become less relevant within the modern UK economy. In 2012, particular attention was given to this issue as levels of union membership among TUC affiliated unions fell to beneath 6 million members for the first time[i].  The recent development and passage of the Trade Union Bill through parliament has again raised interest in understanding levels of trade union membership and coverage within the UK. Our analysis raises cause for concern regarding official estimates derived from the Labour Force Survey which underestimate the true extent to which unions are both present in the workplace and recognised by employers in negotiations over the pay and conditions of employees.

The Department for Business, Innovation and Skills (BIS) is responsible for publishing the official figures on trade union membership via its annual Statistical Bulletin ‘Trade Union Membership’[ii].  Historical estimates based upon union records reveal that overall levels of trade union membership within the UK peaked in 1979 at 13.2 million.  By 2012/13, levels of membership in the UK had declined to approximately 7.1 million.  This decline can be attributed to factors such as a shift in the composition of employment away from heavy industries, a reduction of employment within the public sector (both of which were characterised by traditionally high levels of union membership) and a tightening of trade union legislation.

The Labour Force Survey (LFS) now provides the main source of information on trade union membership in the UK.  Official statistics produced by BIS based on this source focus on 3 key measures of union membership:

One might expect that it is relatively straightforward to derive estimates of trade union membership from survey sources.  However, comparisons across surveys reveal that the wording, ordering and the routing of survey questions combined with the treatment of missing data in the calculation of aggregate statistics can have significant effects on the different measures of membership derived from these sources.

The low rates of trade union presence derived from the Labour Force Survey can be attributed to a variety of factors.

Further analysis reveals that the exclusion of those who did not provide a valid response to the union presence question would increase official estimates of trade union presence to 53% during 2012.

Figure 1 also reveals that official measures of trade union coverage based upon the LFS (29%) deviate significantly from those based on other sources.   Within the LFS, trade union coverage is established by a question which asks whether the pay and conditions of the respondents are ‘directly affected’ by agreements between employers and trade unions(s)’.  The wording of the LFS question therefore implicitly asks the respondents for an assessment of the effectiveness of such bodies in affecting pay and conditions.  The other surveys simply ask whether or not unions and staff associations are ‘recognised’ by management for the purposes of negotiation. Each reveal that almost 50% of employees are based at workplaces where trade unions and staff associations are recognised by management for negotiating pay and conditions.

Whilst the presence of downward trends in union membership is not open to debate, there are many more workers in the UK who are affected by unionisation than one might think based upon a casual glance at the official statistics.

Data from the Workplace Employment Relations Survey relates to 2011

This post is based on work undertaken in relation to the project Trade Union Membership, Associational Life and Wellbeing, a work package of the WISERD Civil Society Research Programme funded by the ESRC (ES/L009099/1).  Further information and findings from the project are available from WISERD at www.wiserd.ac.uk/unions.

About the author: Rhys Davies is an applied quantitative researcher who has undertaken a variety of research projects examining a variety of issues related to employment and the labour market. Rhys is based at WISERD at Cardiff University.