This blog outlines preliminary findings from a larger WISERD Education Data Lab project exploring non-attendance and school exclusions. Here we draw on annual attendance data and pupil level data. We explore the total number of school sessions missed by a cohort of young people over an 11-year period, from age 5 years old (Year 1) up to the point of their GCSE examinations (Year 11).

Why is this important?

Evidence exists of links between attendance and academic outcomes, with poor attendance associated with poorer attainment at both Key Stages 2 and 4.[i]However, comparatively little research looks at patterns of attendance, particularly over long periods of time. Attendance may change as young people develop and the requirements placed on them through their different school settings change, i.e. as they transition from primary to secondary schooling. Exploration of non-attendance over time can lead to a better understanding of student pathways through, and engagement with, education, and whether engagement over time is linked to education attainment.

In order to examine patterns of non-attendance over time, this study used a randomly sampled cohort of roughly 13,500 young people from Year 1 up to and including Year 11, starting in the 2007/08 academic year.[ii]Linking data on sessions of authorised and unauthorised absences over the 11-year period with pupil level demographic data, we were able to generate sequences of the number of total sessions missed by each pupil. Sequences cover the period of primary and secondary school, concluding when the young people were undertaking their GCSE examinations. Cluster analysis was conducted using the sequence data in order to group young people who showed similar patterns of non-attendance over the 11-year period. Patterns in non-attendance are illustrated using banded breakdowns of the number of sessions missed for each of the 11 academic years, for the cohort as a whole, and for the individual groups.
What did we find?

For the cohort we found that non-attendance declined slightly over primary school, with those who missed more than 4 weeks of school (41 or more sessions) reducing from 19% in Year 1 to 14% at the end of primary school (in Year 6). There was a prominent decrease in non-attendance upon entry into secondary school, with those absent more than 4 school weeks falling to 6% in Year 7, increasing gradually up until Year 11—to 11%. However, the overall pattern of non-attendance across the cohort can hide important variations, specifically the presence of groups of young people with persistently high levels of non-attendance—as highlighted by the cluster analysis. 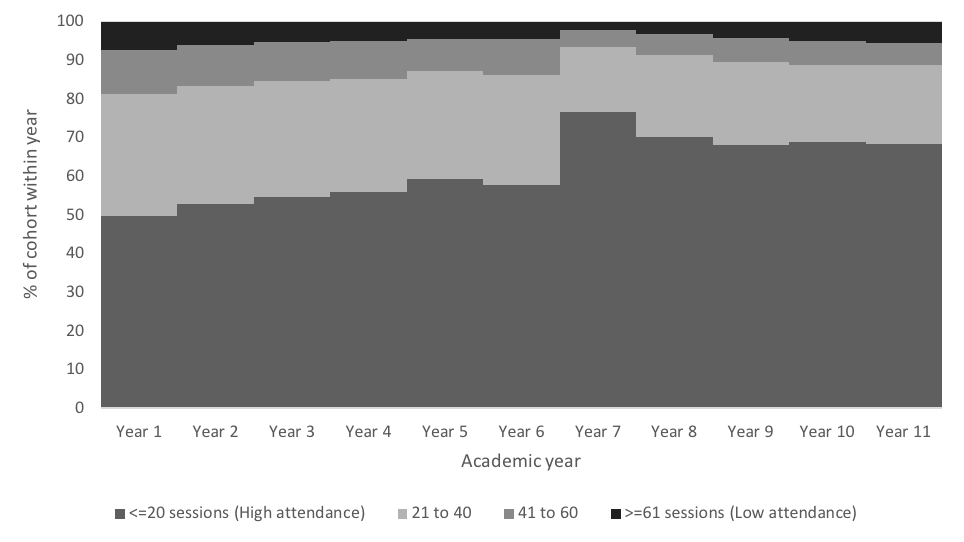 Figure 1: Distribution of non-attendance for each academic year [iii]

Improving in secondary school: The pattern of improving attendance up to Year 6 with a step change in Year 7, seen in the cohort as a whole, may be driven partly by a single group of individuals (Type 1), who accounted for 32% of the sample.

Problematic attendance: A last group of students had levels of non-attendance that could be considered problematic but falling short of prevalent persistent non-attendance, accounting for 19% of the sample (Type 3). 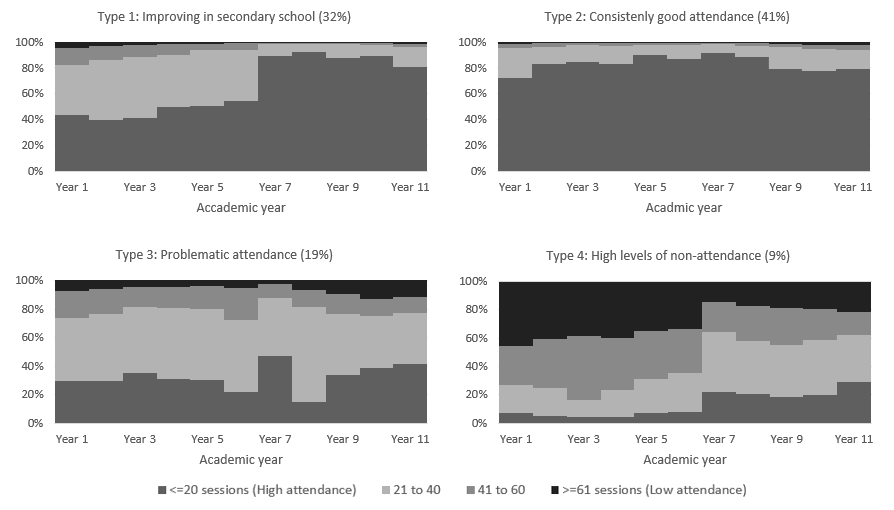 Figure 2: Distribution of non-attendance for each student type for each academic year; the percentage in brackets is the group size

What else do we plan to do?

[i] Department for Education (2016) The link between absence and attainment at KS2 and KS4 2013/14 academic year. [Online] Available here.

[ii] A random sample of 50% of the total cohort was necessary to reduce the computational burden of the analysis.