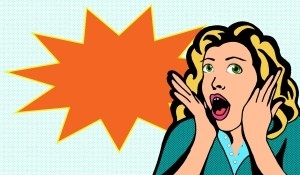 – College student, Heads of the Valleys.

The dominant view among young people with regard to Brexit, is one of anger or frustration at not being allowed to vote.

As part of a broader WISERD project exploring education, language and identity, a research team at Aberystwyth University has been travelling around the country to interview under-18s and talk about Brexit and its implications. Of the 35 young people interviewed, around half showed no interest in politics or Brexit whatsoever, or declined to express a particular opinion. A few of these turned to soundbites or clichés such as “they should just get on with it”, without detailing how, or what “it” was.

But around half of the respondents expressed a firm view, and were keen to discuss and explore their opinions further. The key and consistent view expressed by these young people around the country was anger at not being given the opportunity to vote. While most from this group expressed a preference for remaining in the EU, leavers also shared the sense of frustration and anger at not having a say. In the words of a college student in the northwest:

“Brexit was a big thing. I wanted to stay and I was livid when I found out that people under 16 would not be allowed to vote, because there had been talk that we’d be allowed [author’s translation].”

The Scottish referendum was a common reference point, and many young people noted the precedent set by the independence referendum and the legitimacy it lent to the notion of 16 to 18-year-olds voting.

“It’s just I didn’t like the fact that 16-year-olds weren’t allowed to vote because in the Scottish referendum they had a thing where it would affect the entire country so they got all the 16-year-olds who know about politics to vote.”

Others, such as one young person from north-east Wales drew on more fundamental reasoning:

“…there is no difference between a well-informed 17-year-old and a well-informed 19-year-old. They both have access, everyone has access to the same amount of information because of the internet, I don’t see how if you are old enough to get married at 16, you should not be old enough to make an informed decision about where your country is going to go.”

The other main justification for 16 to 18-year-olds voting seems to have been the perceived impact of Brexit. Many referred to the vote as having more impact on the lives of young people than older voters who were perceived to have voted to leave. As another young person in northeast Wales stated:

“But this thing which would affect all of the country they [16 to 17-year-olds] weren’t allowed, which was ridiculous considering it’s affecting us more than it’s affecting the old people.”

The implications of Brexit to the worldview and identity of young people will be explored in a later post, but it seems the dominant initial response of young people was anger at not being allowed to vote. Only time will tell if these young adults, a year older and many eligible to vote by June, will express that anger at the ballot box.

This blog was written by Dyfan Powel who is a Research Associate on the WISERD Education, Language and Identity project, based at Aberystwyth University.