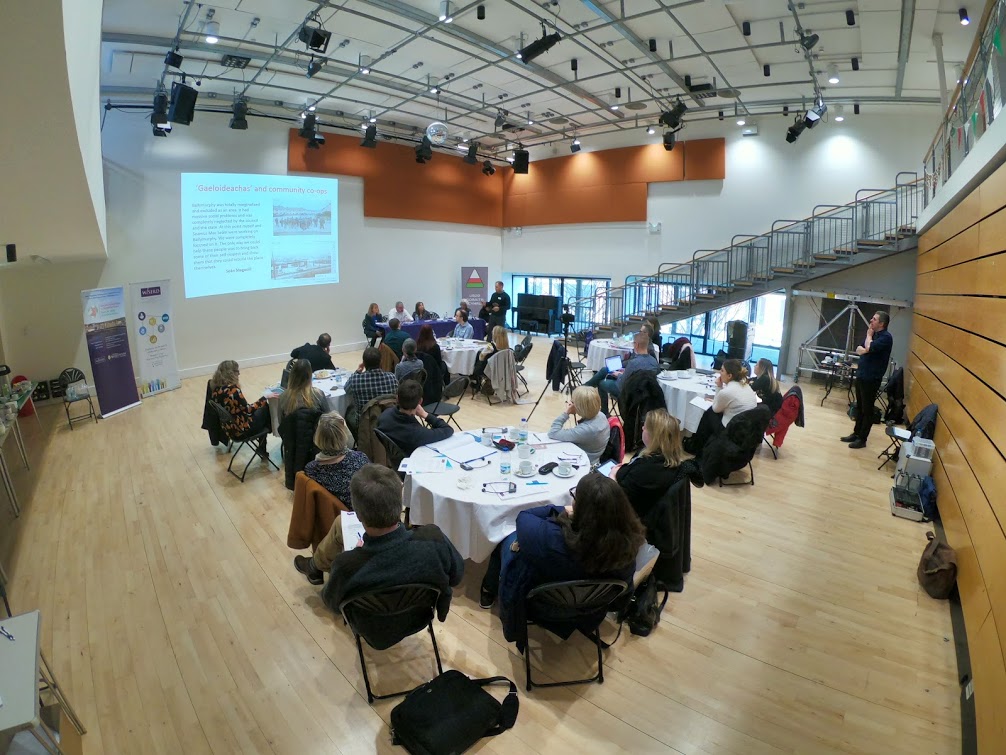 Efforts to promote minority languages among children and young people would benefit from improving the way projects are evaluated, and from adequate funding.

These are among the key findings of research into minority language promotion activities in the Celtic nations.
Academics at Aberystwyth and Edinburgh Universities conducted research into the activities of organisations in Scotland, Wales, Northern Ireland and the Irish Republic to promote regional and minority languages amongst children and young people as part of a broader project regarding Education, Language and Identity.

The work was carried out as part of an ESRC funded WISERD Civil Society Research Centre project by Prof Rhys Jones, Dr Elin Royles (Aberystwyth University) and Prof Lindsay Paterson and Dr Fiona O’Hanlon (Edinburgh University).
The report found significant differences in the level of governmental support given to minority language promotion activities to engage children and young people across the Celtic nations.

It also identified that the evaluation methods of these activities were in most cases too dependent on quantitative measures, and not sufficiently focused on measuring the outcomes in terms of the effects on language use and attitudes through relevant projects, including in the long term.

Others were either overly focused on reporting numbers rather than measuring the impact on levels of language use and attitudes towards the language over time, or there was a lack of attention to evaluation of the language implications of their work.

Participating organisations demonstrated an eagerness to learn and enhance provision, but evaluation measures were not always appropriate to help them to do so.

Dr Elin Royles of Aberystwyth University said that the research project had identified important enhancements that should be taken forward by organisations and funders alike.

Dr Royles said: “Our engagement and collaboration with organisations working with children and young people highlights the importance of exchanging experiences and practices to strengthen global efforts to promote regional and minority languages. Organisations showed high levels of enthusiasm and passion for the future of their languages in Wales, Scotland, the Republic of Ireland and Northern Ireland. Despite the differences across the cases, we have been able to find important common themes in their experiences.

“The funding and policy context in each nation is a big influencer of efforts to promote the relevant minority language.   However, across the board, enhancing the assessment of the effects of organisations on young people’s levels of language use and attitudes toward their languages, as well as measuring change in these, will be key to future levels of success.  This will come about by an increased focus on more meaningful tools and measures to capture the impact on levels of language use and attitudes when evaluating work.”

The work also identified additional challenges faced by some organisations that work within a legislative and policy context where there was less support for minority language promotion among children and young people.

Prof Rhys Jones of Aberystwyth University said: “We identified the extent of variations in the context across Scotland, Wales, Northern Ireland and the Irish Republic.  These variations clearly influence the work of organisations involved in language promotion in those nations. Where there is a less favourable policy and legislative framework, the challenges increase.  In some of these cases, we’re seeing that organisations downplay that they work through the medium of a minority language in order improve their chances of accessing funding.  This in turn makes evaluation of the linguistic effects of such activities more complex and difficult.”

Dr Fiona O’Hanlon of Edinburgh University said: “The recommendations we have made are a demonstration of the benefits of the constructive collaborative work between stakeholders in this important field.  We believe that there is strong merit in further sharing of experience and good practice between funders and organisations in future in order to strengthen their contribution to language promotion.”