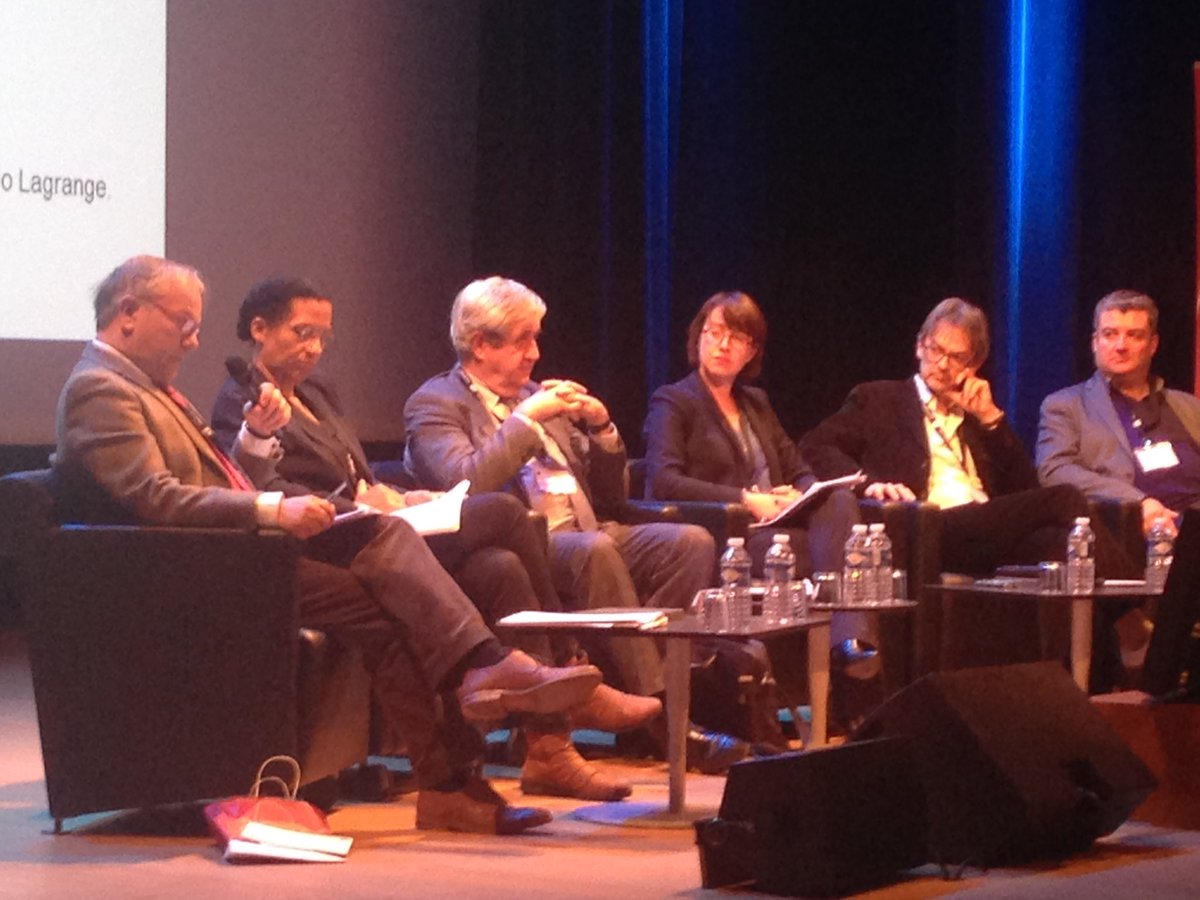 A major conference on The French Regions at 30: evaluations and prospects (Les Régions ont 30 ans. Et Demain?) recently took place at the Champs Libres Convention  Centre, in Rennes, France. It was organised by the WISERD team working on the Trust and Transparency in multi-level governance project, Prof. Romain Pasquier (Institute of Political Studies, Rennes, France), supported by another member of the WISERD team, Prof. Alistair Cole (Cardiff University and Institute of Political Studies, Lyon, France). The 18th November conference was co-organised with the Brittany Regional Council, the Association of French Regions (the main local government association in France) and the Institute of Decentralisation.

There were around 400 delegates, mainly from local and regional authorities, voluntary associations and higher education sector.  The conference was organised to celebrate the 30 years of French regions; the main institutional partners were the Brittany Regional Council and the Association of French Regions (one of the main local government associations). The first keynote speech was given by Jean-Yves le Drian, President of the Brittany Regional Council and Minister of Defence; the second by Romain Pasquier, CNRS Senior Researcher at Rennes, France.

The event was intended to provide a retrospective overview of the history and evolution of the French regions after thirty years of formal institutional existence. It was also intended to engage in foresight; looking into the future of French regions. In this context, the WISERD team intervened in relation to issues of trust and transparency in France’s complex pattern of sub-national governance, sometimes known as the millefeuille territorial.  The WISERD team’s intervention was picked up by two leading French newpapers, Ouest France (the largest circulation daily, with 1 million readers) and the Progrès de Lyon.

In addition to two keynote speeches (by project member Romain Pasquier and French Defence minister Jean-Yves le Drian), there were two round tables, where academics and practitioners debated issues of policy delivery, as well as the governance, politics and institutional dynamics of the French regions. The morning session centred on whether the Regions are a response to the challenges of globalisation? (Les régions, une réponse aux défis de la mondialisation ?)

The second round table was explicitly organised to discuss and debate the findings of the WISERD survey into Trust and Transparency in the French regions, a survey carried out with a representative sample of 3000 respondents spread across the 13 regions of mainland France and Corsica. Alistair Cole presented the survey findings and answered questions from fellow panellists and members of the audience.