The National Equality Panel’s report An Anatomy of Economic Inequality in the UK provided a milestone in our understanding of relationships between people’s characteristics and their financial position. Through detailed analysis of complex datasets, some newly available, it charted in depth how ‘inequalities in people’s economic outcomes – such as earnings, income and wealth – are related to their characteristics and circumstances – such as gender, age or ethnicity.’

The Equality and Human Rights Commission in Wales decided there should be a similar, detailed study of inequalities in Wales and that it commissioned the Wales Institute of Social and Economic Research, Data and Methods (WISERD) to lead and co-ordinate the production of the report An Anatomy of Economic Inequality in Wales. The findings provided a Wales specific analysis or evidence base. The data considered both the overall level of economic inequalities and the inequality that exists both between and within sub-groups of the Welsh population.

An Anatomy of Economic Inequality in Wales set out outcomes in education, employment, earnings, income, poverty and wealth in Wales in comparison to other areas of the UK.  The data analysis compared outcomes by gender, age, ethnicity, religion, disability and housing tenure.  Some key findings from the report are as follows.

The full report can be downloaded by clicking here.

Due to the volume of data included in the analytical report, it was not feasible to publish the data used to create the charts within the report. The excel files available below hold the data and versions of the charts from the main analytical chapters (Chapters 2-6). In each file, labelled to indicate to which part of the main report it refers, there are both charts and the data used to create them. Each excel workbook has a list of contents in the first worksheet and links that take users to the selected chart or table. Please refer to the main report for further explanation. 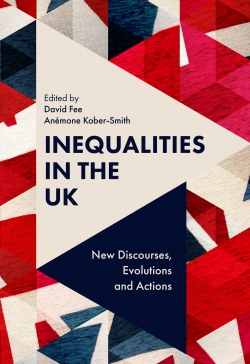 Books and Book Chapters
Devolution, Recession and the Alleviation of Inequality in Wales

The National Assembly of Wales has powers in 20 devolved policy areas, including education, economic development, health, housing, social services and local government. Given the social democrat character of the first three elected assemblies in Wales, Wales would appear well placed to interrupt the reproduction of socio-economic disparities. However, Wales is a relatively poor part…

Inequalities, Work and Labour Markets | An Anatomy of Economic Inequality in Wales | November 2017 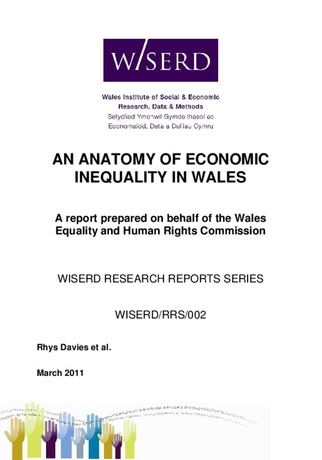 Reports and Briefings
An Anatomy of Economic Inequality in Wales

This report seeks to build upon the work of the National Equality Panel (NEP) and their report An Anatomy of Economic Inequality in the UK (2010). The findings provide a Wales specific analysis or evidence base. The data considers both the overall level of economic inequalities and the inequality that exists both between and within…

On the 12th May 2011 a report entitled An Anatomy of Inequality in Wales, written by WISERD researchers for the Equality and Human Rights Commission (EHRC), was launched in Cardiff. The launch of the report, which has been described as ‘landmark’, had substantial coverage from a number of Welsh media outlets, including the BBC and…

WISERD was delighted to be supporting the Wales Governance Centre (WGC) in hosting a series of seminars in the Pierhead Building, Cardiff Bay. Join a number of leading academics for a series of events exploring patterns of economic and social inequality in contemporary Wales