It would obtain data on alcohol outlets from the 22 local authorities in Wales who maintain public registers of Premises and Personal License holders under The Licensing Act 2003. A pilot of the collation of data and our discussions with the lead person in each authority have shown that the systematic collation of the alcohol outlet data is feasible.

Secondly, the research exploited the potential of previously collected datasets by analysing the link between annual changes in outlet density with a wide range of alcohol-related harms. This should enable the research team to analyse outcome data on drinking above recommended sensible limits and binge drinking for 75,000 respondents to the five Welsh Health Surveys carried out between 2005 and 2009. There are data on hospital admissions for a defined list of causes which are wholly attributable to alcohol for all residents of Wales aged 16 years and over for 2005 to 2009, and a newly available dataset on night time attendances at the 13 accident & emergency (A&E) departments in Wales starting from 2009.

Finally, the Queen’s Anniversary Prize winning Violence and Society Research Group at Cardiff University has access to violent crime data from 2005 to 2009 reported by Police forces to be alcohol-related. The hospital datasets are anonymously record-linked within the Secure Anonymised Information Linkage (SAIL) databank which is run by the Health Information Research Unit (HIRU) at Swansea University. Working in collaboration with the mandated NHS Information Organisation, Health Solutions Wales, who maintain the NHS Administrative Register (NHSAR) of all residents of Wales registered with a general medical practitioner, SAIL has the complete population record required for our analyses. Using the methods developed by HIRU to assign an anonymous identifier to each record in the NHSAR it is possible to add the calculated outlet density for each individual by record-linkage. Each record is also linked to the 2001 Census geographical area of the lower layer super output area (LSOA) so that outlet density aggregated for LSOAs can be attached to each individual record. Because SAIL includes the LSOA deprivation score and information on changes of address, we could assess the impact of changes in outlet density on inequalities in alcohol-related health and the effect of population migration as specified by the NIHR commissioning brief. 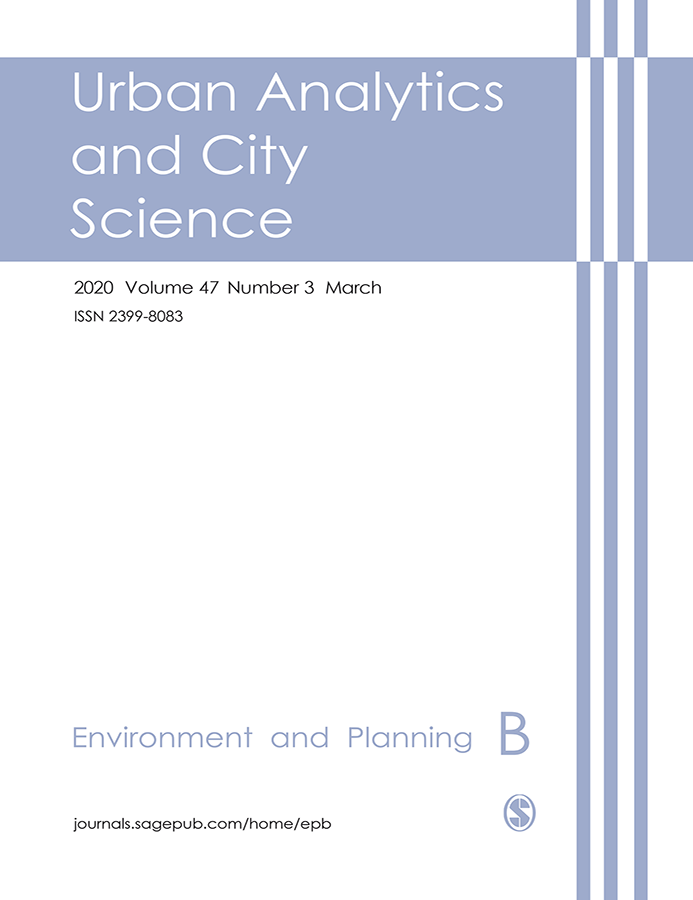 Alcohol outlet density and alcohol-related harms are an internationally reported phenomenon. There are multiple methods described in the literature to measure alcohol outlet density, but with very little commentary on the geographical underpinnings of the methods. In this paper, we present a framework to help practitioners and researchers choose the most appropriate spatial method of… 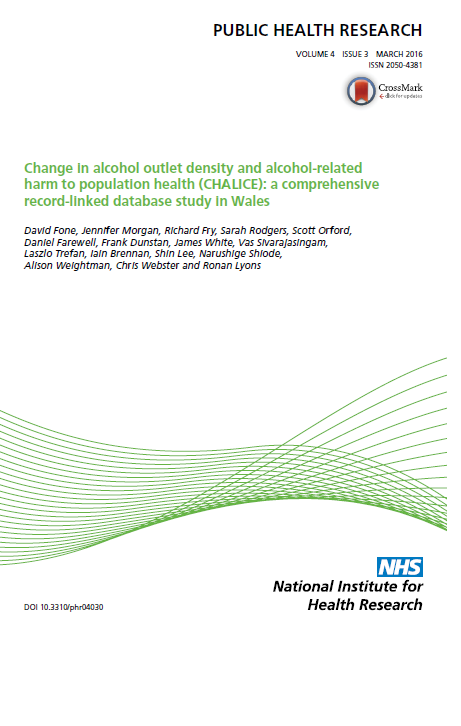 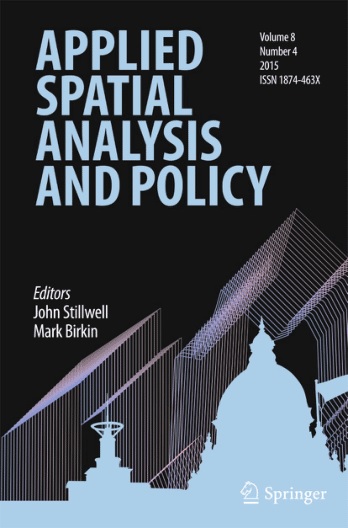 We describe our process of geocoding alcohol outlets to create a national longitudinal exposure dataset for Wales, United Kingdom from 2006 to 2011. We investigated variation in the availability of data items and the quality of alcohol outlet addresses held within unitary authorities. We used a standard geocoding method augmented with a manual matching procedure… 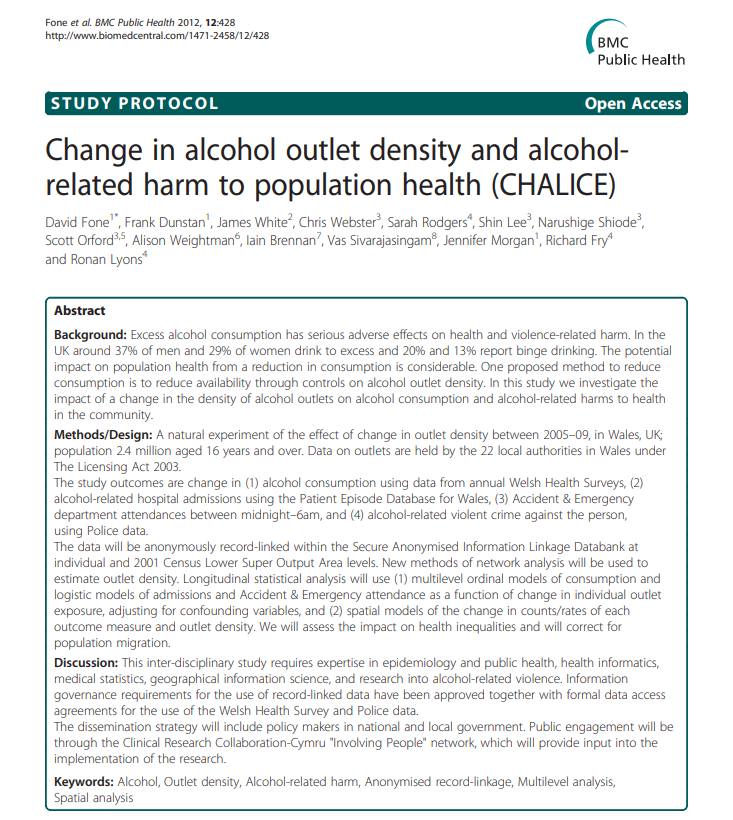 Excess alcohol consumption has serious adverse effects on health and violence-related harm. In the UK around 37% of men and 29% of women drink to excess and 20% and 13% report binge drinking. The potential impact on population health from a reduction in consumption is considerable. One proposed method to reduce consumption is to reduce…

The latest Administrative Data Research Centre Wales (ADRC-W) seminar on ‘Alcohol Consumption and Population Health’ took place today at Cardiff University’s main building. ADRC-W provides a data linkage service and is one of four UK centres within the Administrative Data Research Network (ADRN). The centre is located within Swansea University and the Wales Institute of Social…