The existence of a ‘brain drain’ of graduate labour from Wales has long been a focus of debate (for example, Drinkwater and Blackaby, 2004, c.f. Fevre, 2004). Welsh and English higher education and labour markets are interconnected (for example, Rees and Taylor, 2006) and Wales is a ‘loser’ region generating more undergraduates than it recruits recent graduates into employment (Hoare and Corver, 2009). This research sought to deepen understanding by investigating the nature and scale of graduate flows to and from Wales.

The project achieved this by exploring key questions such as to what extent does Wales retain its human capital in higher education and subsequent employment? Does Wales retain those who come to study from elsewhere in the UK? And do Welsh graduates who have studied or worked elsewhere return to Wales at a later stage? The research investigated the location and employment outcomes of successive ‘graduate cohorts’ since the 1992 expansion of Higher Education. It did this by augmenting the widely-used graduate first destinations data produced by the Higher Education Statistics Agency with detailed analysis of the Labour Force Survey and Annual Population Survey data. In so doing it sought to contribute to the existing literature on the relationships between human capital acquisition from higher education and migration (Faggian et al, 2007).

The analysis also aimed to provide new insights into the returns to human capital acquisition and to our understanding of the different stages of graduate mobility. This in turn has implications for higher education and skills policy in the region and highlights important inter-relationships between the mobility of students and graduates.

The project was undertaken jointly between colleagues in WISERD and the ESRC Centre on Skills, Knowledge and Organisational Performance (SKOPE) based at Cardiff and Oxford Universities. For further information on this project and other activities of SKOPE, please visit their website by clicking here.

Some key findings from the report are as follows.

In considering how graduate mobility evolves over time, qualitative analysis illuminates the complex interplay of push and pull factors on graduate mobility and how they change with graduate life cycles. It shows that in Wales, as elsewhere, notions of a clear and unequivocal ‘brain drain’ are too simplistic and points to factors which enhance the pull of home for Welsh-born graduates who have commenced their careers elsewhere. As such, ‘brain circulation’ may be a more pertinent concept when considering the flows of graduate labour shaping regional economic development.

Overall, the research has highlighted the economic returns to graduate migration and how these are sensitive to the path dependencies and structures of regional economies, as well as to the path dependencies of mobile graduates themselves. Its findings have a number of implications for economic development and HE policy. A key issue is that encouraging the Welsh-born to study and stay in Wales is more likely to have an impact on graduate retention rates than seeking to keep students who come to Wales to study, or to attract graduates who have no prior Welsh links. The complex and rapidly changing nature of graduate mobility merits concerted ongoing research.

Due to the volume of data included in the analytical report, it was not feasible to publish the data used to create the charts within the report. The excel file available below holds the data and versions of the charts from the main analytical chapters. In each file, labelled to indicate to which part of the main report it refers, there are both charts and the data used to create them. There is a list of contents in the first worksheet and links that take users to the selected chart or table. Please refer to the main report for further explanation.

The excel workbook can be downloaded by clicking here. 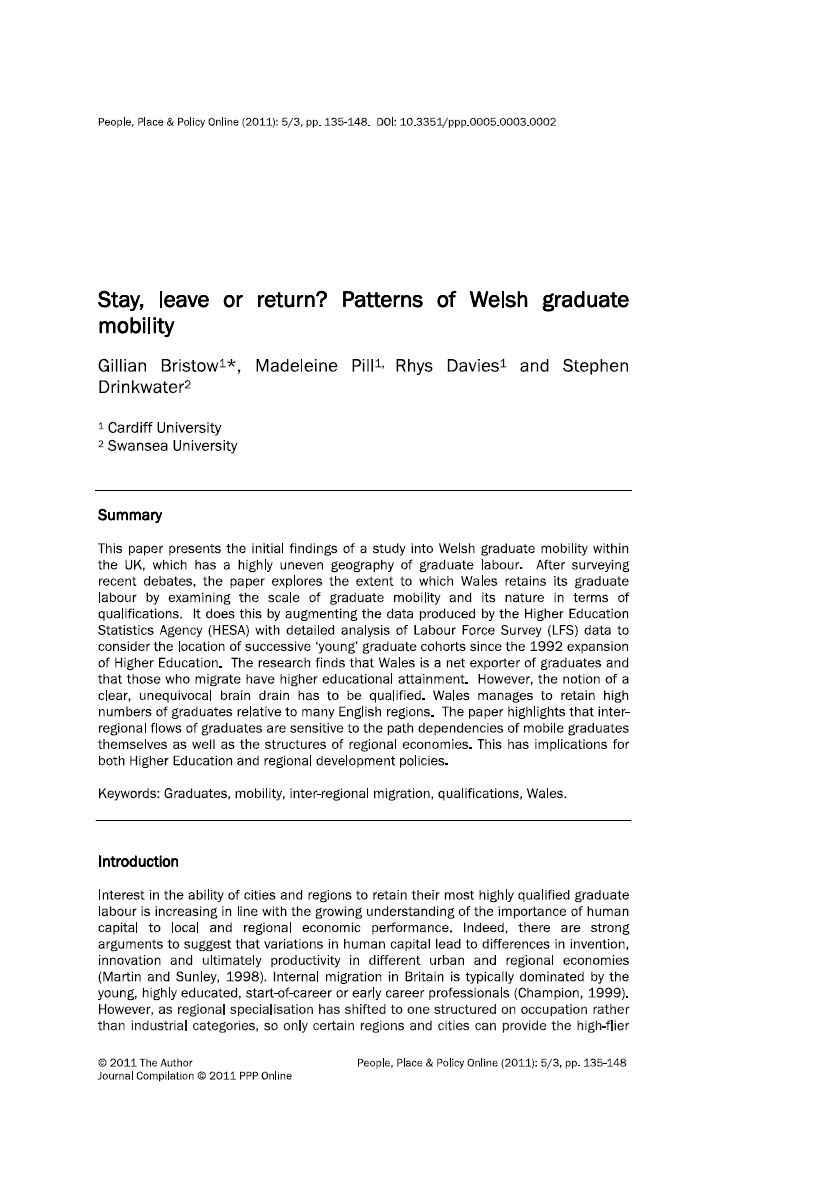 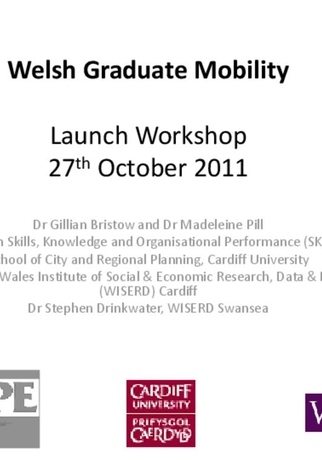 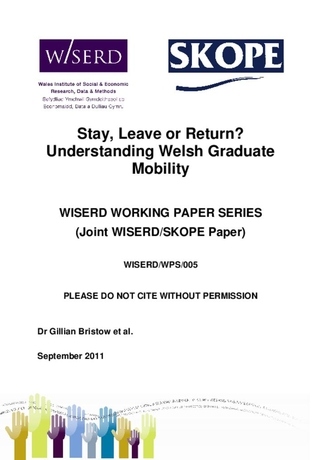 This research report explores Welsh graduate mobility. It seeks to establish the extent towhich Wales retains its graduate labour in employment; to estimate the labour marketoutcomes for ‘Welsh’ graduates (i.e. those born in Wales) and to investigate whether andhow these may change and what factors may become more significant over time. In sodoing, the report… 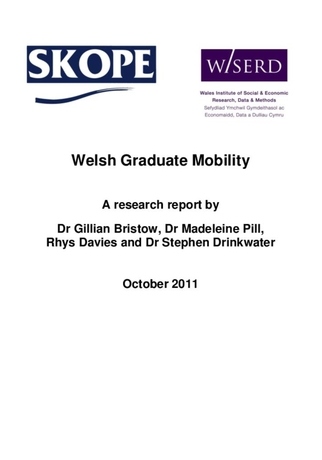 This research report explores Welsh graduate mobility. It seeks to establish the extent to which Wales retains its graduate labour in employment; to estimate the labour market outcomes for „Welsh‟ graduates (i.e. those born in Wales) and to investigate whether and how these may change and what factors may become more significant over time. In… 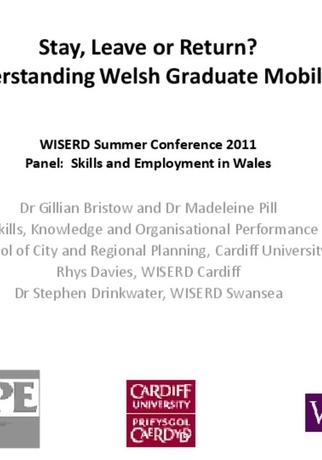 Front page news! The report into graduate mobility that found Wales has lower retention rates with regards to the proportion of students studying and staying to find work in Wales is the lead story in the Western Mail. The online copy, published by Wales Online, can be found through this link.

A recent project on Welsh graduate mobility by WISERD researchers has been featured on the front page of the Western Mail today (January 5th 2012). The research project – ‘Stay, leave or return? Patterns of Welsh Graduate mobility’– was undertaken in collaboration with the ESRC Centre on Skills, Knowledge and Organisational Performance (SKOPE) and investigated the nature…