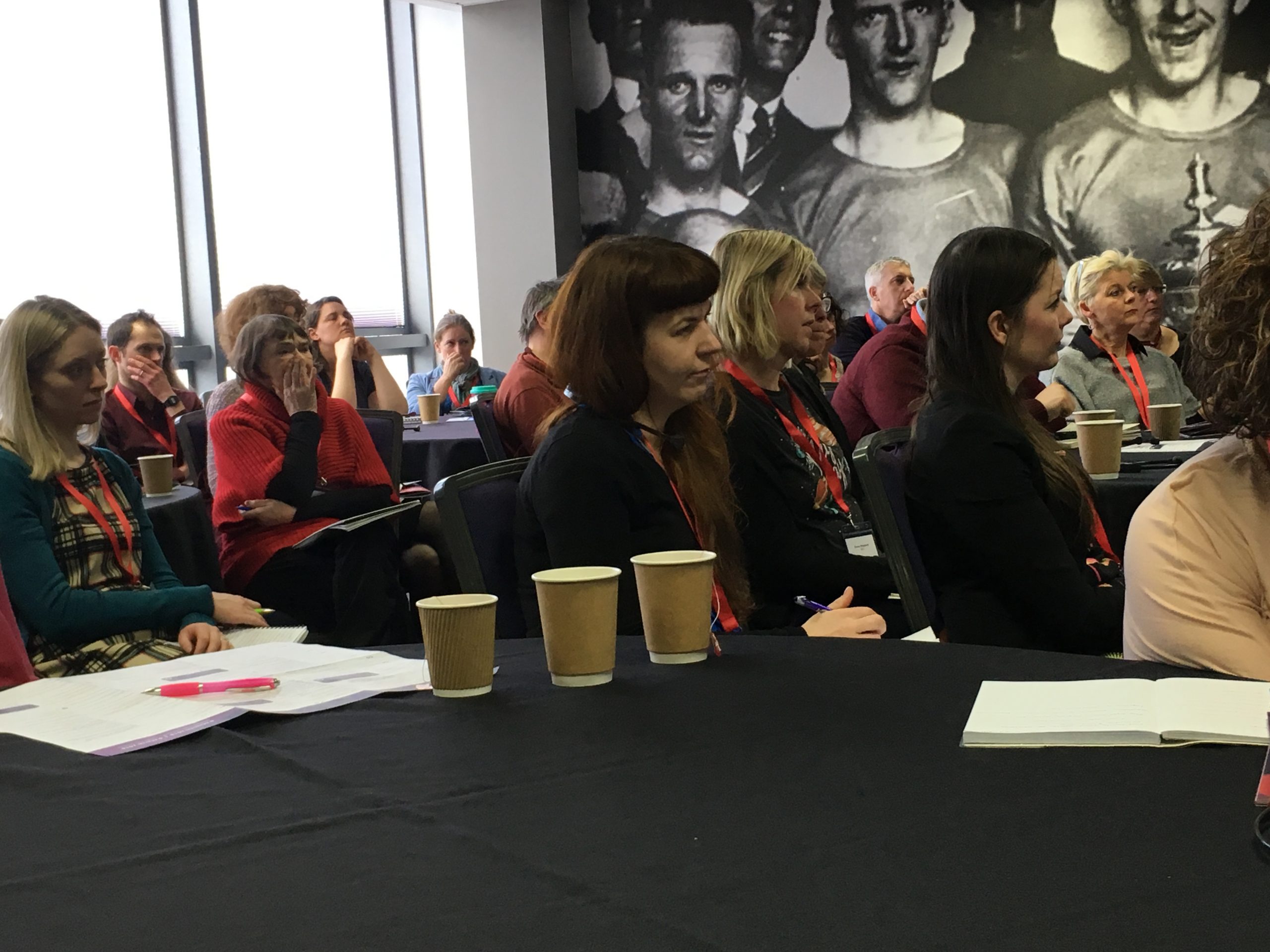 ‘Have you done any research on how to recruit volunteers?’; ‘Can I use the WISERD DataPortal to map my members?’. These were just some of the questions we were asked when WISERD returned to this year’s gofod3, the WCVA’s annual gathering of the third sector. We had a stand in the exhibition hall, along with 60 other organisations who work in Wales. Throughout the day we spoke to a wide range of people about WISERD’s research and data tools.

In the morning we delivered a workshop in which we shared recent research findings from our Civil Society research programme. Dr Rhys Dafydd Jones spoke about his research on European migrants from the A8 countries in Wales and their involvement in civil society.

He highlighted the impact of austerity, which has led to a precarious situation with a lack of skilled people to help engage migrants in their communities and a resulting need for migrants to help each other. It was striking that many immigrants were active in giving support, rather than receiving support. They had supported more recent arrivals, sometimes out of empathy and sometimes to challenge and change the perceived image of migrants. They often gave a lot of time and did so in informal settings, blurring the boundaries of traditional ‘volunteering’. In the interviews conducted the research team found that this had often led to a detrimental effect on migrants’ health and wellbeing. 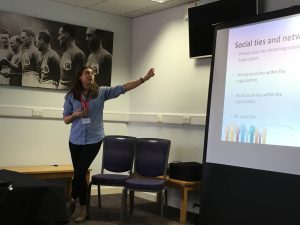 Dr Sophie Yarker then spoke about her research on older people and volunteering in rural mid-Wales, which aims to move beyond just looking at the health benefits of volunteering. Sophie and her colleagues have interviewed volunteers at a range of organisations, from a community shop in Ceredigion to the National Botanic Garden of Wales. She explained the need to recognise that people use volunteering to meet a diverse range of different needs and questioned whether the ‘active ageing’ agenda is helpful in reaching those who would benefit most from volunteering.

She focused on the importance of the volunteers’ attachment to the place they volunteered in, and their role in building a community. She also reflected on the way in which volunteers can give each other support and care while experiencing changes in later life, like a major illness.

At our exhibition stand later in the day we spoke to a wide range of people interested in WISERD’s work – from a community engagement artist, to an organisation working to gather stories about the implementation of the Social Care and Well-being Act, to a youth worker interested in our research on young people and Brexit.

Towards the end of the day I attended the launch of the Brexit Civil Society Forum in Wales, a partnership between the Wales Governance Centre and WCVA. We’re looking forward to contributing our research in this area as this forum begins its work in Wales.