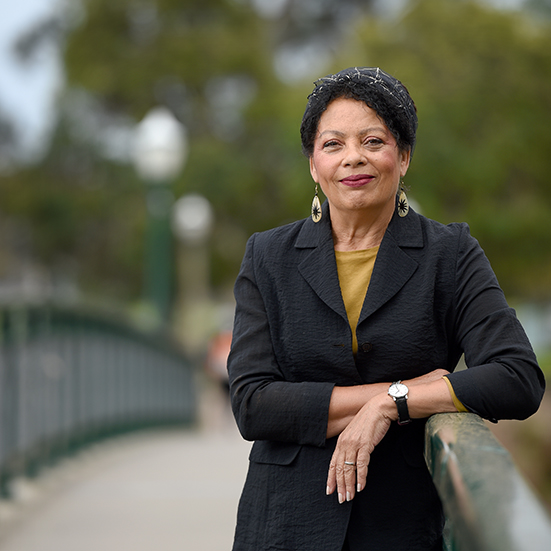 Racial equality in Wales was the focus for the 2021 Centre for Welsh Politics and Society Annual Lecture that over 200 people watched live on Zoom last week.

Charlotte Williams provided insightful commentary and observations on what she identified as “a critical shift” in relation to race equality nationally.

The Welsh Government published their Draft Race Equality Action Plan in March this year. Simultaneously, the UK Government’s Sewell report was published, which rejected institutional racism. The totally reinvigorated response to inequality presented in the Welsh plan sets out an agenda to achieve an anti-racist Wales by 2030.

Professor Williams discussed this distinctive drift from the wider UK politics of race, including how it is made possible by the particularities of the Welsh, devolved context and what it means for the possible progress of race equality in Wales.

She said: “To progress race equality in Wales we have to understand how race is represented in Wales, what I call ‘race thinking’. Race equality goes well beyond public policy, to ask questions about the very identity of society itself.”

She continued: “Wales is less threatened in terms of its national identity and not aligned to the defensive and protectionist ‘little Britain’ visioning of England. There is evidence of an openness and willingness to re-shape Welsh national identity in the new democracy.”

She concluded: “We are preparing a de-colonising agenda within education. This re-fashioning of Welsh ways of life is really what will make these policies travel.”

Professor Michael Woods, Co-director of the Centre for Welsh Politics and Society, said; “The murder of George Floyd a year ago, the Black Lives Matter movement, and debates around the legacy of slavery have raised awareness of racial injustice around the world. Wales is no exception and Charlotte’s lecture provided an important contribution on how we can build a more racially just society.”

WISERD Research on Race and Ethnicity

The Centre for Welsh Politics and Society (CWPS)

The Centre for Welsh Politics and Society is an interdisciplinary research centre at Aberystwyth University aimed at developing an understanding of contemporary politics and society in Wales in the context of an inter-connected world, supporting and delivering world-class research in the social sciences, and contributing to public knowledge and debates and policy development in Wales.

The Centre builds on the established reputations of the Institute of Welsh Politics and the Wales Institute of Social and Economic Research and Data (WISERD) at Aberystwyth University, and brings together geographers, political scientists, economists, historians and other social science and humanities researchers with an interest in Wales.

The Centre for Welsh Politics and Society also functions as the Aberystwyth arm of WISERD, providing links with social scientists at Bangor, Cardiff, South Wales and Swansea universities.