Daniel Wincott holds the Blackwell Law and Society Chair at Cardiff University School of Law and Politics. A political scientist and policy analyst by background, he has developed wide-ranging research interests and an enthusiasm for working across disciplines (politics, law, socio-legal studies, social and public policy). Professor Wincott moved to Cardiff from a Chair in European and Comparative Politics at the University of Birmingham and earlier held positions in Law and Politics at the Universities of Leicester and Warwick. He has held an Honorary Professorial Fellowship in the School of Social and Political Sciences at the University of Edinburgh. Professor Wincott’s research ranges over such issues as: devolution and territorial governance; Constitutional law and politics; comparative welfare state theory and analysis; European integration, especially in the areas of social policy and law. It often engages with theoretical and methodological issues as well as empirical analysis.

His most recent books are The Political Economy of European Welfare Capitalism (Palgrave 2012, co-author with Colin Hay), Citizenship after the Nation State (Palgrave 2013, co-editor with Ailsa Henderson and Charlie Jeffery) and Exploring the ‘legal’ in socio-legal studies (Palgrave 2015, co-editor with David Cowan). He is currently a co-investigator on the Economic and Social Research Council’s WISERD/Civil Society research programme (funded to the tune of some £7 million), working on the place of the Third Sector and Civil Society in welfare policy and provision. Becoming Head of Cardiff Law School in 2013, Professor Wincott led the merger of Law with the University’s Department of Politics and International Relations during 2013/14.

As Head off the Cardiff University School of Law and Politics, he designed and implemented a transformative expansion of the School’s work in the field of International Relations – under his leadership 18 new members of staff at all levels were appointed during 2015. Daniel Wincott is a member of the ESRC’s Research Committee as serves as Chair of the Advisory Group to the Council’s ‘UK in a Changing Europe’ intitiative. He is a member of the Management group of the Wales ESRC Doctoral Training Centre. Proses or Wincott is Chair of Cardiff University’s Wales Governance Centre. He is a member of the editorial board of the Journal of Law and Society and has been Editor of the Journal of Common Market Studies.

This work-package is an international study of civil society, trust and human rights in mixed economies of welfare. It seeks to understand the issues, progress and challenges facing CSOs as they deliver – and shape – welfare and press for the advancement of human rights. It has three components: UK Research 1. A Critical Examination…

A WISERD research team comprising Professor Paul Chaney, Dr Christala Sophocleous and Professor Daniel Wincott has worked with Wales Council for Voluntary Organisations (WCVA) and The National Library of Wales to create a historically significant digital archive of the Annual Reports of WCVA and its predecessor organisations. We are delighted to make this resource publicly and freely…

This project has three components. The first two combine archive work, case studies and interviews to investigate how the territorial administration of the third sector in Wales has changed over the post-war period in response to shifting patterns and processes of governance – and how this has affected the way third sector organizations shape and… 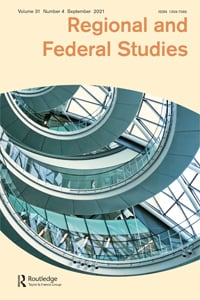 Journal Articles
Exploring the meso-territorialization of third sector administration and welfare delivery in federal and union states: Evidence and theory-building from the UK

The international trend of state restructuring and the rise of decentralized welfare systems means a key challenge for social research is to systematically explore the breadth of factors shaping the territorialization of third sector welfare delivery at the meso level in federal and union states. We address this lacuna by synthesizing historical-institutionalism and critical realism… 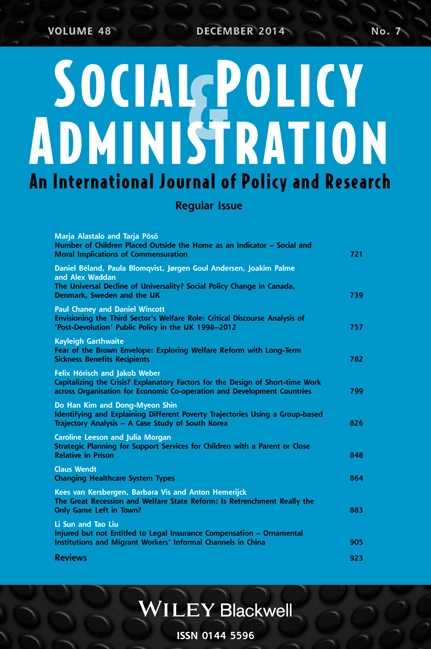 Welfare state theory has struggled to come to terms with the role of the third sector. It has often categorized welfare states in terms of the pattern of interplay between state social policies and the structure of the labour market. Moreover, it has frequently offered an exclusive focus on state policy – thereby failing to…

A WISERD Research Team comprised of Professor Paul Chaney, Dr Christala Sophocleous and Professor Daniel Wincott has worked with Wales Council for Voluntary Organisations (WCVA) and The National Library of Wales to create a historically significant digital archive of the Annual Reports of WCVA and its predecessor organisations. We are delighted to make this resource…

An empirical research study by WISERD Co-Director, Professor Paul Chaney, Dr Christala Sophocleous and Daniel Wincott, presents a new theoretical model for analysing the way that civil society delivers welfare support to citizens in devolved nations. Internationally there is a trend towards decentralised welfare systems. This new research seeks to systematically explore the breadth of factors…