Environmental controversies are often about knowledge and expertise as much as they are about politics, rights and life chances. The reason is that the evidence produced by the different groups involved is often part of the controversy, with disputes over what is known and not known, by whom, and with what degree of accuracy being a source of tension rather than consensus.

Community groups are responding to these challenges through new forms of citizen science in which they collect new data that can be used to contest decisions that affect their lives and communities. In this project, we will be working with one such group to monitor air quality and to improve their local environment. This will involve supporting, and reporting on, their work to deploy monitoring equipment and build community networks as well as examining how these efforts are received by others.

The project contributes to the wider WISERD civil society programme by examining how the traditional forms of injustice – access to rights and resources, for example – are entwined with questions of knowledge and expertise. In this way, citizen science has the potential to be more than an epistemic activity; it is also, perhaps, a site of civil repair and civic gain. 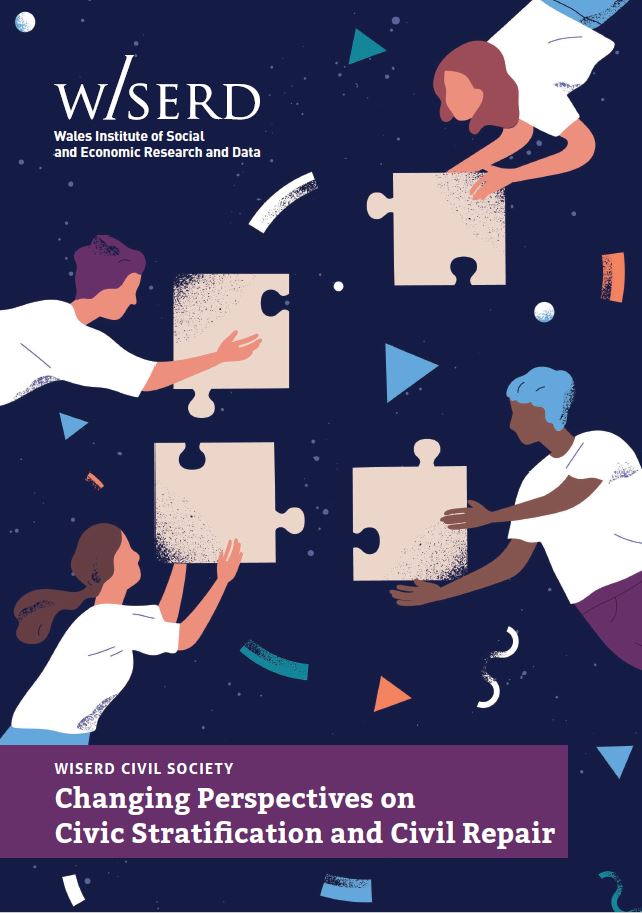 Read more about all the work packages in this booklet.  You can download here or contact the WISERD Communications Officer for hard copies, email: WISERD.Comms@cardiff.ac.uk.

Cardiff University researcher, Dr Nick Hacking, along with members of the Barry Citizen Science Group, recently oversaw the installation of a high-quality air pollution monitor from Think Air Ltd, which marked a new stage in the group’s investigations of local air quality. This ongoing investigation by the local community group is the focus of a…

Since February 2021, we have been working with a community group in South Wales who are concerned about the air quality in their local area. We have adopted a participatory approach that facilitates the group’s work, but which also recognises the expertise of individual members and tracks how the group develops, shares and uses this…

Popular conceptions of science as ‘objective’ and ‘neutral’ suggest it sits outside the problems of rights and justice that often characterise the discourse around civil society. Developments in social science and community activism since at least the 1960s – eg, the Love Canal scandal in the US – show that this view is deeply flawed….

Presented by Jamie Lewis, Robert Evans and Nick Hacking. In this talk, we assess case study evidence with reference to the growing literature on civil loss and repair. In early 2021, we began working on a ‘community science’ project to help local residents independently measure air quality in Barry. There is a long history of…