Led by Karel Williams at the University of Manchester and with a web site dedicated to the growing field of Foundational Scholarship and practice (https://foundationaleconomy.com/) this network has members from stakeholder organisations and academic institutions and meets regularly in Cardiff.  The network has built on ESRC IAA funding awarded to Kevin Morgan to extend the FE work in the Welsh context and evidence from this work has informed Welsh Government thinking in this area and the network continues to support local organisations in developing the evidence base. It has also previously organised national and international symposia on FE and this area of work has been carried, under the leadership of Julie Froud (Manchester University) and Filippo Barbera (University of Turin), into the WISERD Civic Stratification and Civil Repair Large Centre as part of WP4.1 Foundational Economy, citizenship and new forms of common ownership. 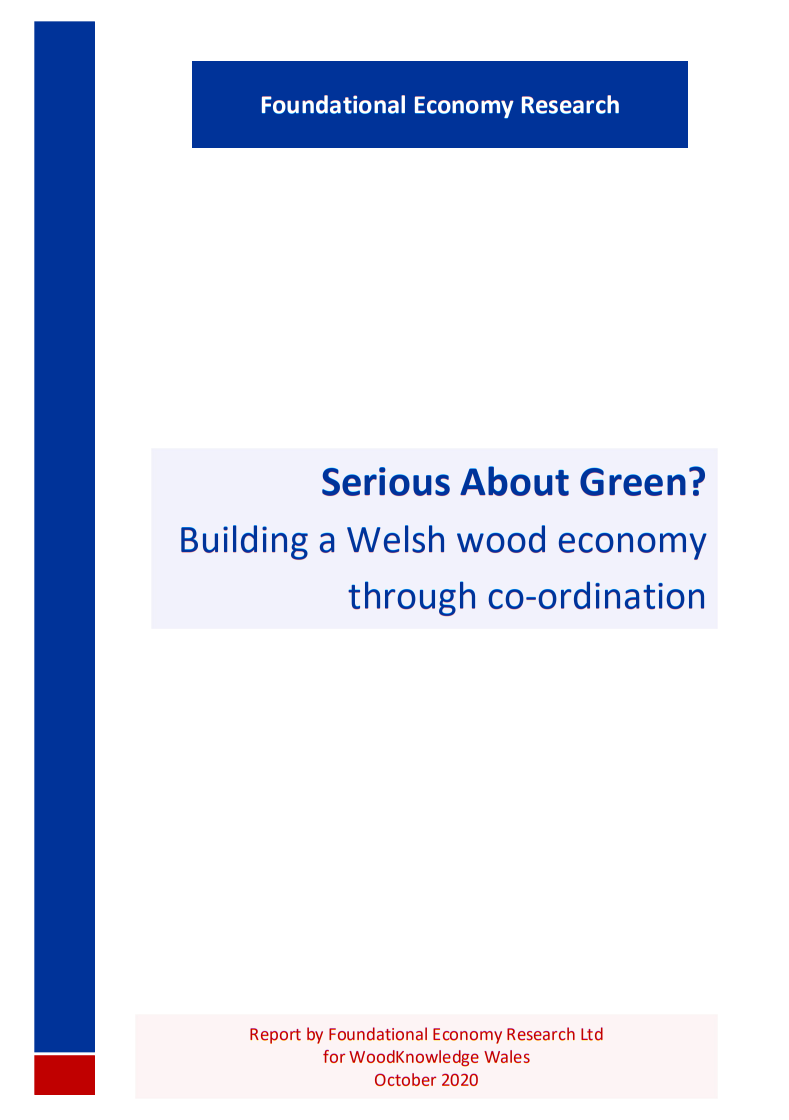 Reports and Briefings
Serious About Green? – Building a Welsh wood economy through co-ordination

This report is about building a new resource reliance system, wood economy, where the carbon sequestration benefits of afforestation can be levered by a strategy of downstream value capture for higher value products. The report explains that this opportunity can only be realised through supply chain co-ordination which has been absent in Wales where strategic… 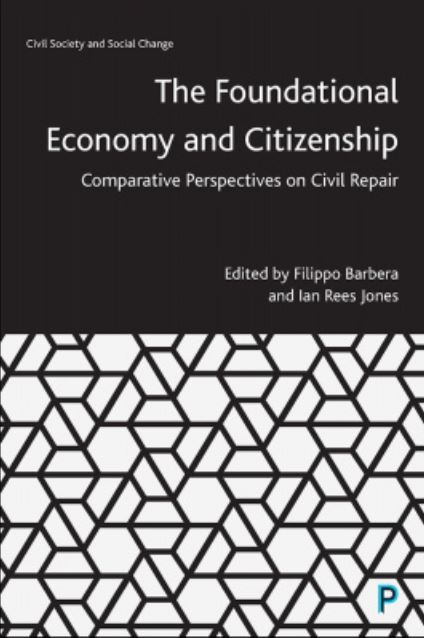 WISERD’s third foundational economy conference, held online earlier this month, brought together researchers and practitioners from across the UK and beyond, to discuss how the foundational economy can be rebuilt, enhanced and sustained in response to new and old challenges magnified by the pandemic. Over three days, an expert panel of speakers and discussants from…

In September 2020, WISERD held the Foundational Economy Online Series 2020. This series of online events addressed key questions arising from the current COVID-19 crisis and explored the ways in which foundational thinking can contribute to social and economic repair. The series was made up of three online sessions:   Foundational Economy 2.0: building a…

Professor Kevin Morgan from the School of Geography and Planning at Cardiff University presented research on the Foundational Economy at the UK2070 Commission: Wales Stakeholder Event, which took place at the Cardiff Business School this week. The UK2070 Commission is an independent inquiry into city and regional inequalities in the UK. Chaired by Lord…

COVID-19 has severely impacted economies around the globe and exposed the fragility of our foundational reliance systems. While the pandemic has demonstrated the limitations of healthcare systems, the lockdowns have placed a heavy strain on various other foundational sectors, including care, education and food provision. At the same time, the introduction of economic recovery plans…

This week’s virtual lunchtime seminar will be led by Kevin Morgan where he will be discussing his chapters in the new book “The Foundational Economy and Citizenship”. More information can be found in the flyer attached below. If you would like to join the Zoom session, please email wiserd.events@cardiff.ac.uk for the link. Barbera Jones The Foundational…

Join us and Professor Ian Rees Jones for our first virtual lunchtime seminar where he will be outlining and discussing his new book, found here: https://policy.bristoluniversitypress.co.uk/the-foundational-economy-and-citizenship Please email wiserd.events@cardiff.ac.uk for the Zoom link.

The Wales Institute for Social and Economic Research, Data and Methods (WISERD), an ESRC-funded Research Centre based at Cardiff University, would like to invite you to attend an ESRC funded colloquium on Social Innovation in the Foundational Economy in Cardiff and Ebbw Vale. The two day colloquium will draw together academics, politicians, policy makers, the third sector, service providers and…

The Wales Institute for Social and Economic Research, Data and Methods (WISERD), an ESRC-funded Research Centre based at Cardiff University, would like to invite you to attend an ESRC funded colloquium on Social Innovation in the Foundational Economy in Cardiff and Ebbw Vale. The two day colloquium will draw together academics, politicians, policy makers, the third sector, service providers and…