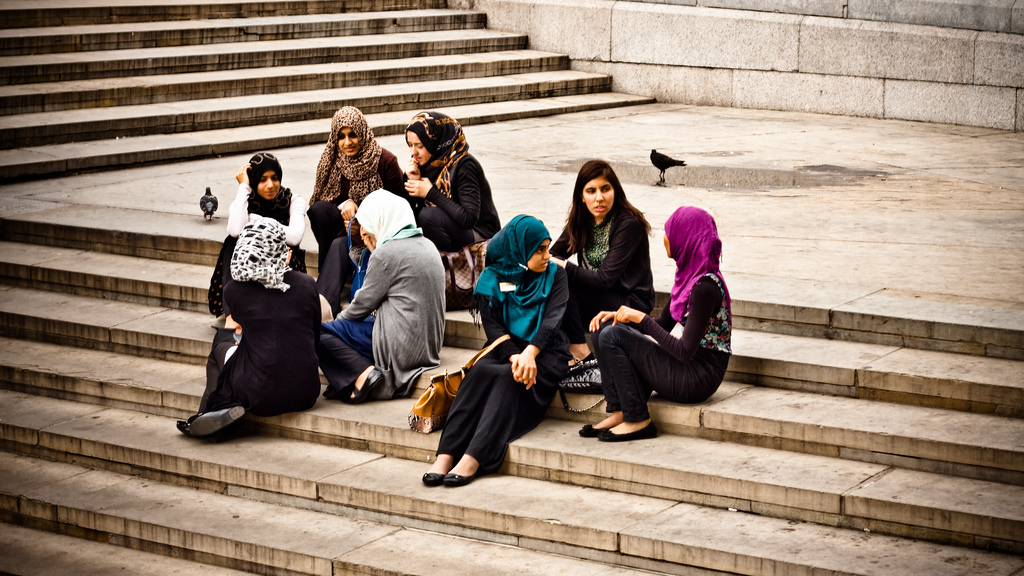 To mark International Women’s Day, we want to create a space for the voices of young, ethnic minority women in the current Brexit process. With EU-UK exit negotiations well underway, this study is an extension of both WISERD’s ‘Young People and Brexit’ study and Welsh Crucible-funded ‘Migration, Moral Panic and Meaning’, exploring representations of EU migrants in Wales after Brexit. It is currently being carried out in partnership between WISERD and the Wales Ethnic Youth Support Team (EYST).

Conceptually, this study has come about for three key reasons. Firstly, in the words of Akwugo Emejulu, “despite vociferous claims to the contrary, Brexit really is about race”. Racist incidents rose by 57% following the EU referendum campaign and, in this context, race and ethnicity have been identified as a missing piece in our study of minority, marginalised and alienated voices during Brexit. Specifically, this gap was identified and highlighted by project team-members Yasmin Begum and Mymuna Mohamood during an event entitled ‘Belonging, Believing and Brexit’ in October 2017. Secondly, much like young people – who overwhelmingly supported ‘remain’ – Black, Asian and minority ethnic (BME) groups were also on the losing side of the EU referendum, as 75% of BME voters opted to remain in the EU. This highlights the necessity of listening to ethnic minority voices and experiences of Brexit, as a natural continuation of any research into its impact upon those who did not support it. Finally, we chose to work with young, BME women because, as a team, we felt data collection in a female-only environment would create a safe space for participants to voice their views and experiences.

The research and findings so far

To date, this small scoping study has collected data with 11 young BME women aged 15-25 using the focus group method. The women were from a diverse range of backgrounds and heritages, including those born in and outside of Wales, and all were Muslim. To start we have used visual data collection techniques in the form of an individual ‘before and after Brexit’ metaphor exercise, a methodological extension of Migration, Moral Panic and Meaning, and three or four key questions relating to experiences of the EU referendum, feelings about Brexit and media representation. This involved drawing a picture or writing a description to represent how they felt before and after the EU referendum vote. Each participant then verbally explained their metaphor in turn to the group.  The data presented here is not yet complete, but allows us give an initial impression.

Words used to describe the pre-Brexit metaphor were overwhelmingly positive and largely focused on feelings of belonging: ‘happy’, ‘united’, ‘together’, ‘alright’. However, descriptions also included words showing a lack of awareness relating to the likelihood of a Brexit vote such as ‘naïve’ and ‘unaware’. The closer each description came to the time of EU referendum itself, the more words like ‘worried’, ‘surprised’ and ‘anxious’ arose. Metaphors for ‘after the Brexit vote’ were largely negative and included the words: ‘nervous’, ‘shocked’, ‘disappointed’ and ‘unhappy’. Less passive descriptions included ‘anger’, ‘corruption’, ‘frustration’ and ‘betrayal’. More than one participant described feeling ‘unsafe’ and ‘afraid’. Participants also discussed a change in their views associated how ‘others’ perceive them ‘after Brexit’. Many moved away from an assumption that the ‘person on the street’ is tolerant, or at the very least neutral, towards their dress or accent, and described becoming more uncertain about how others see them.  For some these concerns have been vindicated:

some man … he told me to go back to my country. He didn’t know I am from another country because I didn’t wear a hijab or anything but my mother, she was wearing a hijab which is covering her head. And they told me and her to go back to our country; they even said the wrong country. They thought that we are from there…they were swearing and they’re saying bad words.

For others, change has come in the form of increased worry and self-proclaimed ‘paranoia’ about what others are thinking:

After Brexit I don’t feel I’m safe when I walk in the road because, for example, if I’m waiting to cross the road where there’s a train and [what if] somebody pushed me because they know … they recognised me, that I’m not from the UK … This is another stress.… I don’t feel safe now.

In terms of media representation before and after Brexit, as young people, women and Muslims, participants felt unfairly represented both before and after the vote. Notions of demonisation were discussed, particularly in relation to Islam, with many feeling that Muslims are depicted as terrorists in mainstream media.

To be honest it’s [the] media trying to put all the worst thing … in Islam … And if the bomb happened here it’s because of [a] Muslim, but Islam is really not like that. I’m Muslim. My religion. It’s not like that.

Aside from the emotional impact of Brexit, more than one participant discussed the practical implications which centred on asylum status and work or study abroad.

There was planning in my head. When I get the British passport I would go around the world and now I have to get a visa to go to every place …

I am an Asylum Seeker so my case is not decided yet to remain here or to move back so for that reason … it’s a big problem for us. So the government didn’t give me any … information about that because maybe they don’t know. You have to wait. The government don’t know exactly what they’re going to do.

Being an asylum seeker was an added source of anxiety for three of the 11 participants. Despite the protection of international law for such cases, a feeling of increased uncertainty in an already uncertain situation was a compounding impact of Brexit.

Themes emerging from this first set of data include losing a sense of certainty and belonging. For the women in the project, the fallout of the EU referendum has caused ongoing feelings of isolation and alienation – in similar ways to the emotional fallout of being a victim of a racist incident or hate crime – but felt on a larger scale. This was highlighted by discussions around ‘recovery’ and ‘living life as normal’, phrases associated with trauma or shock. These findings dovetail with those of Migration, Moral Panic and Meaning, but with additional issues emerging linked to ethnicity. Going forward this project will continue running focus groups to gather views and reflections of Brexit among young, BME women in a partnership between EYST and WISERD. It will also provide training in ‘action research skills’ to focus group participants as part of the WISERD training programme.

Thanks are due to all partners at EYST and particularly Yasmin Begum who carried out a literature review contributing to this article, all research participants, to WISERD for funding the project and to Dr Dawn Mannay for instigating it through ‘Belonging, Believing and Brexit’. Thanks are also due to Mymuna Mohamood who has advised on the project and to Dr Constantino Dumangane Jr for his expert advice.