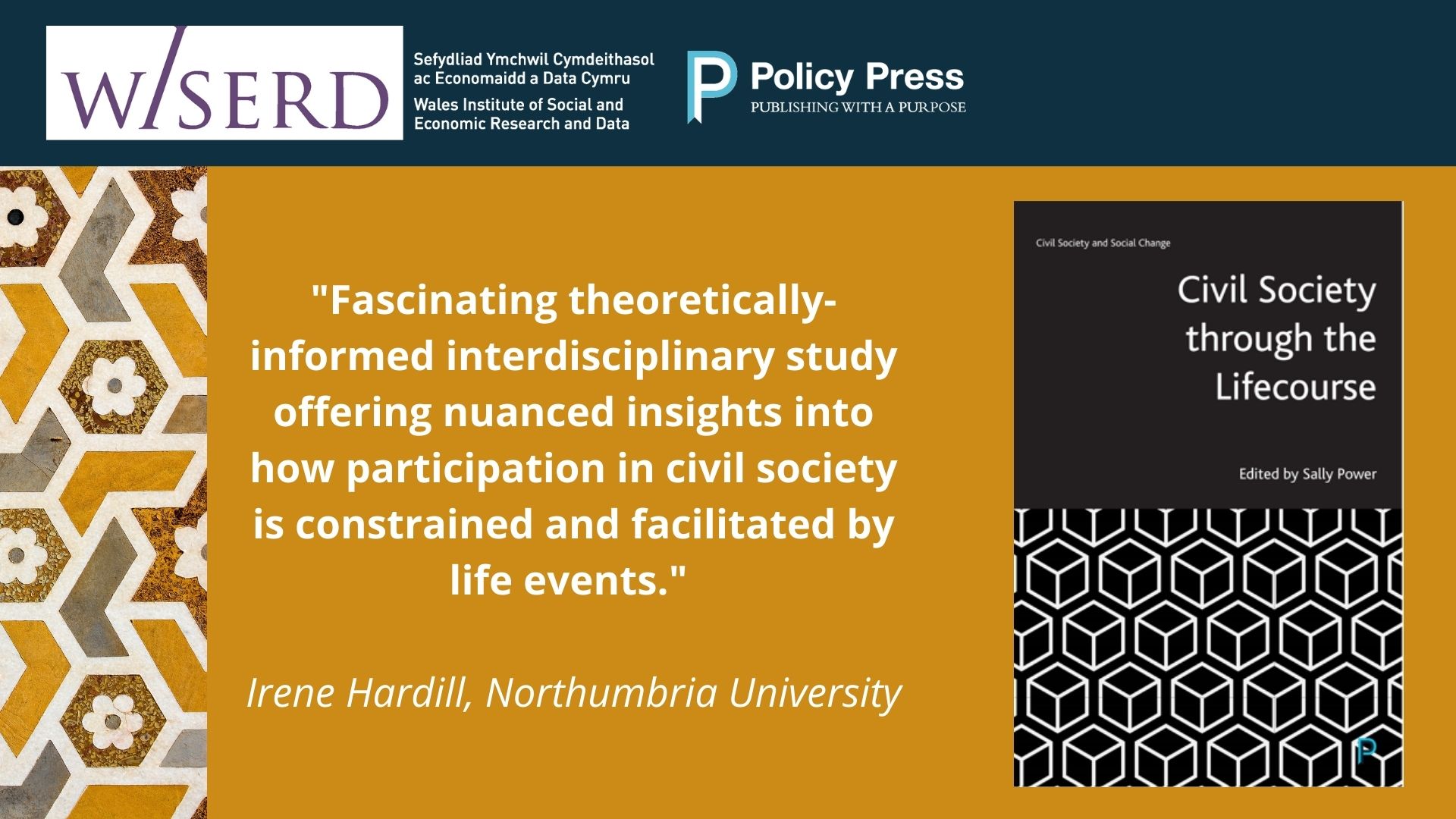 This book focuses on how people’s engagement with civil society changes over the lifecourse. There has been growing concern in recent decades about the health of civil society. A lot of evidence points to an overall decline in civic participation – and in particular a lack of engagement by young people.

This book explores these claims through examining how lifecourse events both trigger and hinder participation in civil society. With contributions from ten researchers, each chapter explores levels of participation at different lifecourse stages and events – from school to university; from parenthood to grandparenthood; from retirement to concerns about what will happen after death.

In short, while the findings of this book do not support some of the more pessimistic predictions of the death of civil society, they do give some grounds for concern.

Because of the complex relationship between lifecourse stages and events, and  levels and kinds of engagement, it is difficult to identify any clear ways forward. However, charities, voluntary sector organisations and other agencies concerned to protect and promote current levels of engagement need to be mindful of growing cynicism among both young and old about the extent to which charities are just like ‘big business’.

These organisations need to work hard to rebuild trust. Similarly, organisations that promote or make use of voluntary activity, need to make sure that it is indeed voluntary.

Finally, it is clear that managing the contingencies of family life can make engagement with civil society difficult – it is important that organisations develop family-friendly practices if they want to encourage participation across the lifecourse.