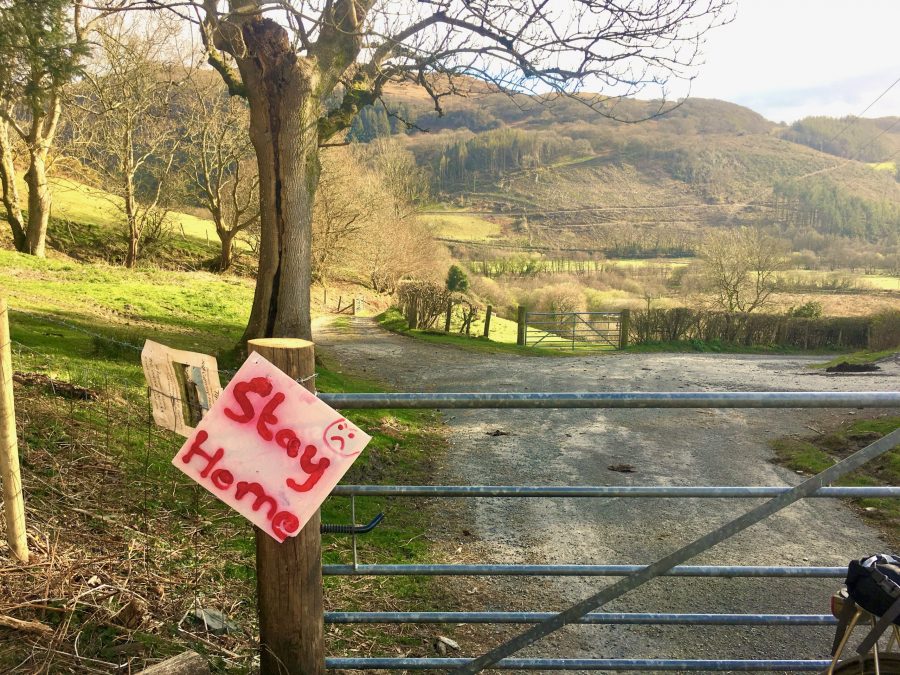 Catherine Calderwood, forced to resign as Scotland’s chief medical officer, is far from the only city dweller to have caused controversy by flouting lockdown rules to visit her second home in the countryside. Resentment over “coronavirus holidays” is rising.

The Covid-19 crisis has prompted some to seek to escape the city. Green spaces are more appealing than cramped apartments and quick transmission rates. Culturally, city dwellers have long imagined country life to be cleaner, happier and healthier than being in conurbations. Current war metaphors in politics and the media might also cause people in the UK to think of the Blitz, when more than 1.5 million Britons were evacuated to the countryside – with good reason. But the virus is not a bomb nor a visible enemy. Data from genetics professor Tim Spector’s COVID-19 symptom tracker app already suggests that people leaving the city have unwittingly packed the virus with them.

Travel restrictions aim to avoid this spread. In Wales, after a sunny weekend saw surging rural visitor numbers, the Welsh government quickly closed caravan parks and tourist hotspots. These moves were also motivated by the risk of overwhelming local health services. If large urban hospitals struggle to cope with Covid-19, rural clinics and local GPs are even less well-equipped. Failing to follow her own guidance to stay home cost Calderwood her job.

Meanwhile, ire has greeted French authors Leïla Slimani and Marie Darrieussecq, who both revealed that they have traded lockdown in Paris for their rural second homes. Darrieussecq admitted she’d avoided a frosty local reception by hiding her car and its Parisian licence plates. More than epidemiology lies behind the anger.

From my (only) home and research base in rural Wales, I’ve watched local anger spill over into bedsheet banners and graffiti warning urban incomers to “go home!”

Old conflicts echo. In the 1980s and 1990s, the “Sons of Glyndŵr” committed dozens of arson attacks against English-owned holiday homes. Nationalism and provocation aside, tensions simmered over local residents being priced out of their own communities by second home buyers with city salaries. The problem hasn’t gone away. A recent report from the IPPR argues that there is a rural “crisis of affordability ”.

Planners and social scientists have long looked at rural second home ownership, finding pluses and minuses. Against rural decline, weekenders keep houses in repair and spend money in local shops and on local tradespeople. They pay taxes without drawing on services. But they can also make services less viable. Second home owners don’t send their children to the village school; they’re unlikely to register with a local GP, rely on public transport or need a nearby bank branch. Without demand, rural services wither.

In reality, the impact of second homes can’t be separated from the wider social and economic processes that continue to change the countryside. Change can be necessary and innovative. Change can also cause harm. Research by the Prince’s Countryside Fund found that rural residents across Britain are feeling increasingly remote. Physical distance hasn’t changed. Instead, shops and schools have closed, services centralised, and options squeezed. The same sense of getting away from it all that charms city dwellers can feel bleak to locals.

Coronavirus hasn’t created anger that wasn’t already simmering. Those privileged enough to slip the city for a second home haven’t created the challenges rural communities face. But they have exposed the inequalities between those who can relax in the rural idyll, and those struggling to find a house, get a job, or catch a bus. We won’t solve these differences with spray painted signs or forced resignations. But we do need to solve them.

This article is republished from The Conversation under a Creative Commons license. Read the original article.