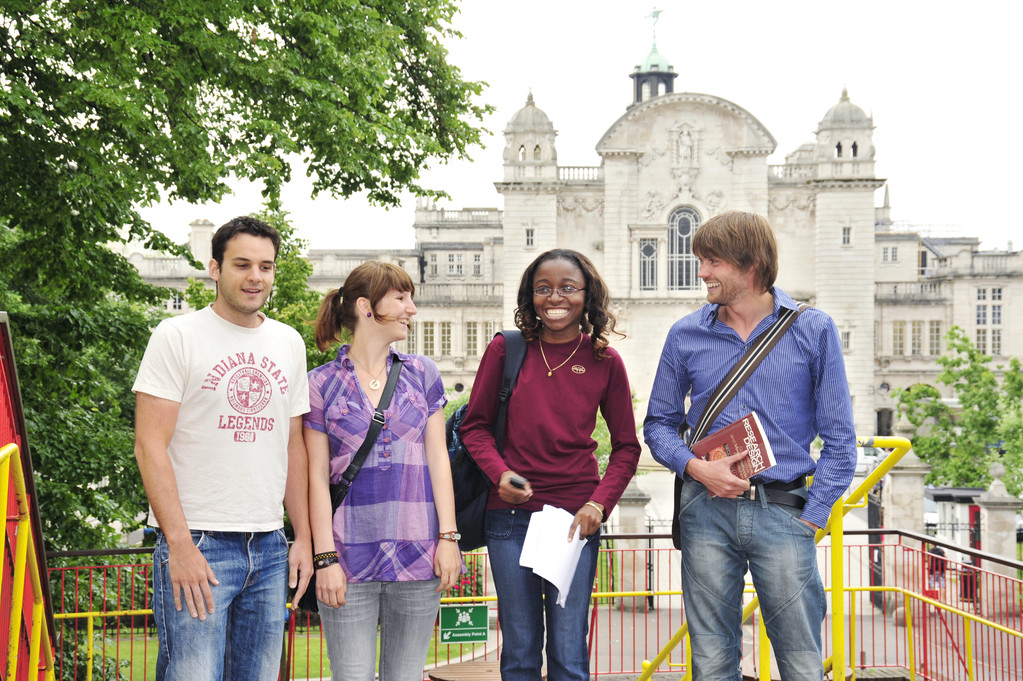 Note: This blog has been updated on 28 July to include Student Loan Company data to the end of June 2020.

There has been much discussion, forecasting and concern around the impact of COVID-19 on the higher education sector. With many universities beginning to slowly lay out their intended teaching and learning practices for the next academic year, a huge deal of uncertainty still surrounds the likely impact that any safety measures will have on the student experience.

Universities are likely to be heavily impacted by any loss of international undergraduates, as well as both home and international postgraduate students. Indeed, a recently commissioned report investigating the impact on Welsh higher education, estimates that enrolments will be down 23% compared to 2018/19; equivalent to an average loss of £12 million per institution. These figures are the average across the sector in Wales, with actual losses fluctuating between institutions depending on the usual make-up of the student body.

Whilst much of the economic loss will come from international students, the report estimates that almost half of the loss from home and EU students is estimated to come from Welsh students, as they tend to account for approximately half of the student body in Welsh universities.

According to UCAS, a record proportion of Welsh 18-year-olds applied to study at university this year, with almost a third of all people in this age group applying to Higher Education. Whether or not these students take up their places is yet to be confirmed. A survey of A Level students, conducted just as lockdown measures were being put into place at the end of March, suggested that 14% were considering changing their plans, with 86% intending to continue as normal. An even more recent survey, published at the end of May, has found that this figure is only likely if institutions are operating as usual. The likelihood of intended attendance decreases to 72% under conditions which adhere to strict social distancing measures (including online classes and a decrease in university activities), with Welsh students particularly likely to consider not attending.

Although this year has seen a record high in the proportion of Welsh 18-year-olds applying to HE, decreases in the 18-year-old population has meant that little change in actual number of applicants is observed. The UCAS deadline for confirming offers has now passed for the majority of applicants, with only a minority offered an extension to make this decision. The data from these decisions show that whilst overall numbers of Welsh-domiciled 18-year-olds holding firm offers for a September 2020 start has decreased slightly on last year (by 1%), the number of those holding offers with  deferred entry (typically, to September 2021) remains unchanged. Whilst these figures suggest that the picture may not be as gloomy as that painted by the survey results, accepting an offer and taking up that offer are two separate decisions; uncertainty still remains.

Although we cannot entirely predict how overall student numbers will be affected by COVID-19 and the associated measures universities must take to ensure safety, both the survey results and the acceptance of offers provide an indication through students stated intentions. However, these results are subject to the usual caveats and qualifications that accompany such data. Importantly, universities do not know which new students will attend until they take up their places in the autumn term.

To complement the survey and UCAS data, we can draw on Student Loans Company (SLC) data, which details applications made for student finance by Welsh students studying here and in the rest of the UK, as well as EU students studying in Wales. This data is released as monthly updates, with the most recent including applications up until the end of May. Importantly, all new students need to have applied by then to ensure that funds can be available for the start of the academic year. Returning students applications will be included in the end of June return, available 23rd July.

Figure 1 shows the cumulative number of applications for tuition fee loans, by academic year. Tuition fee loans are used here as these account for most (if not all) Welsh undergraduate students, as well as some EU domiciled students studying in Wales. Using a combination of Higher Education Statistics Authority (HESA) and SLC data over a 5-year period, it is estimated new Welsh undergraduates constitute approximately a quarter of these applications. 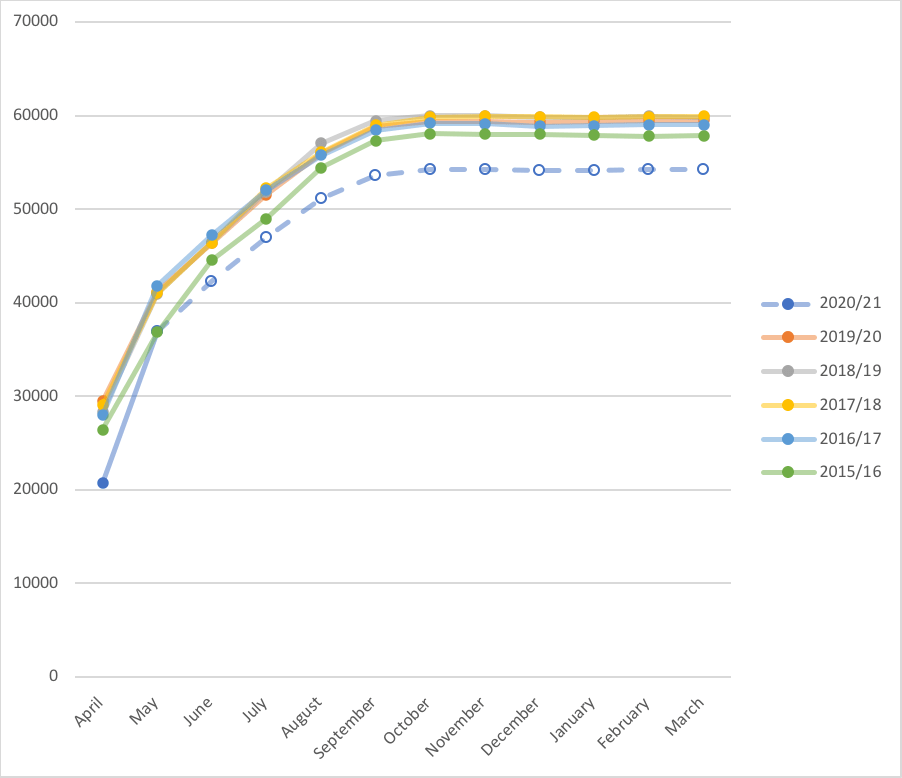 The surveys conducted earlier in the year estimate that between 14% and 28% of new starters are at least considering deferral. Given that students are required to apply for tuition fee loans for each upcoming year of their course and that new Welsh undergraduates make up about a quarter of total applicants, a decrease in overall tuition fee applications of somewhere between 3.5% and 7% is expected. The evidenced 10% reduction may well be a combination of these individuals and those who are intending to attend but have yet to apply for their funds.

Although it will not be completely certain until enrolment in the autumn, as the monthly application totals are released a rolling estimation of the impact of COVID-19 on student deferrals can be constructed and the figure here will be updated to reflect that. Given that the available student finance data does not cover the deadline for returning students, it may well be that data released at the end of July will see another spike in tuition fee loan applications.

Whilst this might shed some light on the likely impact on student numbers for universities, it does not answer questions over what the students who choose not to attend this year will do with themselves. If the survey estimates are correct, between 2,580 and 5,160 young people in Wales may currently be trying to make alternative plans for their immediate future. However, unlike the gap years of old, the decline of employment opportunities and free travel may leave little to choose from. Given this, these young people may well ultimately choose to take up their university places over what may otherwise promise to be an unfulfilling alternative.

The latest release of Student Loan Company figures, covering applications up to the end of June, has shown a recovery in numbers of Welsh students and EU students studying in Wales applying for tuition fee loans. Now standing at 45,210, applications are just 2% lower than they were at the same time last year. This suggests an easing of the hesitation felt by prospective undergraduates, indicated by low numbers of applications during the initial lockdown period.

Although they will have missed the deadline which guarantees funding for the start of the academic year, prospective and current students can still apply in the months leading up to and following the start of their course. We may well see numbers fully recover as our young people continue to make the decision to take up their university places in September.