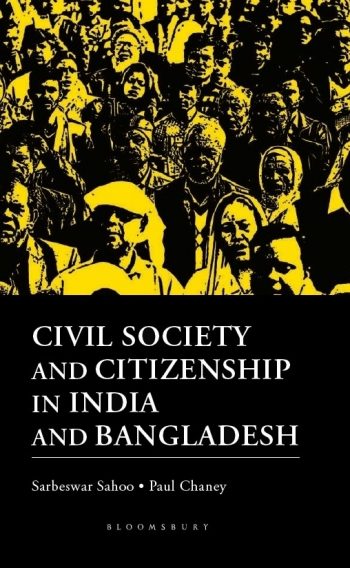 A new book entitled ‘Civil Society and Citizenship in India and Bangladesh’ by WISERD Co-director Professor Paul Chaney and Dr Sarbeswar Sahoo of the Indian Institute of Technology Delhi, presents multidisciplinary research exploring the opportunities and challenges facing civil society in today’s India and Bangladesh. It informs contemporary understanding of citizenship, gender rights and social identities and is published at a time of increased global uncertainties related to changing civic space, political tensions, a downturn in the world economy and the rise of populism. India and Bangladesh are key contexts, not least because of rapid (and uneven) economic and social development but also due to the contrasting experiences of democracy and discrimination and inequality faced by different groups and communities.

This new analysis underlines several key messages about the nature of contemporary citizenship in the two countries. Here we highlight two examples.

Our analysis reveals how women’s organisations and movements have played a vital role, not just in strengthening women’s agency but also in fighting for their rights and enhancing their participation in the public sphere. They have also contributed significantly to the nation-building process and advanced gender-inclusivity and pursuit of a gender-just society. Despite this, the new research reveals how at times it is the women’s movement that has obstructed itself in achieving gender-inclusive citizenship rights. The major issue is the question of representation—whether women’s movements truly and successfully represent women’s issues. This book shows how women’s movements do not necessarily always represent women’s issues. This is because many women’s movements are often preoccupied with the larger question of equality and justice but are detached from the everyday lived realities and problems of local women. Furthermore, the findings show how many of these movements are also caught in-between the structural complexities of the ‘political field’ which often negatively impacts on their objective of advancing gender inclusive citizenship.

In the case of Muslims in India, they have historically remained marginalised and their loyalty to the Indian nation has been repeatedly questioned by religious conservatives. A wider, related issue considered in this new book is the extent to which inequality and discrimination is institutionally embedded in the modern state, as well as the degree to which today’s domestic legal code is consistent with international treaty obligations, promoting equality for all citizens and proscribing violence, maladministration and oppression. Similarly, in the case of the Rohingyas, the Bangladeshi government has concentrated on providing transitory humanitarian relief. In essence, the official response continues to be one of containment based on notions of difference rather than the extension of citizenship and long-term integration of refugees into Bangladeshi society. It is also the case that the Rohingya

crisis cannot be divorced from the wider issue of religious extremism and instability in the region. Overall, our analysis reveals powerful testimony of how Muslim minorities in India and Rohingya refugees in Bangladesh are subject to ongoing rights violations.

What are the implications for the future of civil society and citizenship in India and Bangladesh?

This new book makes a number of recommendations for ending inequalities and rights violations in the two countries. It argues that amongst the most crucial determinants of future citizenship rights in India and Bangladesh is the form and functioning of civil society. In this regard, the findings support earlier work that underlines how improvements in human rights are typically more likely in settings where genuine democracy prevails, and civil society is not subject to government suppression.

‘Civil Society and Citizenship in India and Bangladesh’ – Contents

Reviews for Civil Society and Citizenship in India and Bangladesh

‘The sort of critical awareness necessary to actually enrich discussions of civil society, rather than contribute to its elusiveness, pervades through the book.’ – Professor Vedi R. Hadiz, Asia Institute, University of Melbourne, Australia

‘…introduces readers to the dynamics shaping the complex relationship between Civil Society Organisations and the state in today’s India and Bangladesh.’ -Professor Sarah Ansari, Royal Holloway, University of London

‘This volume should be a compulsory read for everyone who is interested in contemporary contests in the civil society space in South Asia…’ – Professor Amit Prakash, Centre for the Study of Law and Governance, Jawaharlal Nehru University, New Delhi

The book is published in July 2021 and copies can be ordered here. 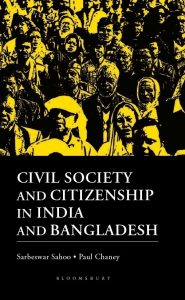