As part of the project Trust, Human Rights and Civil Society in WISERD’s civil society research programme, I’ve been analysing the human rights situation of children in Cambodia. This is an appropriate, yet hitherto neglected area of enquiry because it is almost three decades since the country ratified the United Nations Convention on the Rights of the Child (CRC), making it an appropriate juncture to assess progress.

The country has one of the youngest populations in the world. One third of citizens are under 15 years of age (and 11 per cent are under five years of age). Despite phenomenal economic growth (a mean of eight per cent per annum between 1998 and 2018) Cambodia has a lowly position (128 out of 181 countries) in international children’s rights rankings.

A raft of social indicators (including health, education and child protection) show the extent of the problem. 35 out of 1,000 children die before reaching the age of five; one in two children have experienced severe beating; nearly 49 per cent of children are multi-dimensionally poor (ie, they have suffered at least three types of deprivation); and 32 per cent are stunted.

The aim of this study is to look beyond these indicators and focus on the situated knowledge of those with everyday experience of working for children in Cambodia, as set out in the discourse of civil society organisations’ reports to the United Nations five-yearly monitoring process, the Universal Periodic Review (UPR).

One of the main study findings is the major disjuncture between the Cambodian Government’s rhetoric on CRC implementation and the situated knowledge in civil society organisations’ (CSOs’) UPR submissions. The latter reveal widespread, ongoing child rights violations and highlight government failure to act on the United Nations recommendations from earlier rounds of the UPR.

The first-ranked human rights violation in the civil society discourse is child sexual abuse (including trafficking and prostitution). CSOs’ submissions show that for this violation, children’s access to justice remains a key issue. There is no separate juvenile system for children, legal aid for children is inadequate and there is a lack of child-specific knowledge and skills amongst officials involved in children’s cases, including police, prosecutors, judges and lawyers.

Thus, one CSO called on the authorities to do more to, “provide information on the legislation process and specific law applicable to protect children in different settings in consultation with civil society organizations”. In contrast, the government’s report to the UN offers the complacent observation that, “The Kingdom of Cambodia has laws that guarantee the protection of children from degrading treatments, forced labour, sexual exploitation and sexual abuse”.

Space constraints do not permit a full discussion of all of the rights violations covered in the civil society discourse, yet as my forthcoming paper in the Journal of Asian and African Studies reveals, these include denial of the right to education, healthcare, and social security, as well as child labour, violence (including corporal punishment), and child marriage.

My analysis also examines the use of language (or ‘framing’) in the civil society discourse. This tells us about the human experience of children’s rights violations. A core theme (or trope) was suffering, feelings of exploitation, vulnerability and exclusion. For example, regarding the latter, one CSO observed, “for children, detention or imprisonment facilitates contacts with older criminals and criminal gangs, leaves them with a criminal record that severely hampers future life opportunities, exacerbates social exclusion, and deteriorates their health and social skills”.

The implications of the present analysis for the future of CSOs in Cambodia, and their ability to advocate on behalf of children and children’s rights are serious. Under increasingly authoritarian governing practices in the one-party state, (notably, with the passing of the 2015 NGO Law), it appears that CSOs will have at best limited, or more likely, no leverage and scope to push the government further on key children’s rights issues identified in this study.

Future progress depends on strengthened mobilisation. However, in the face of the increasing repression of civil society, this is highly unlikely. Without fundamental revisions to the power of the UN and the justiciability (or legal enforceability) of the CRC and/or regime change, over coming years children and young people in Cambodia will continue to be subject to widespread rights violations. 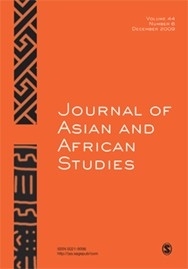 Chaney, P. (2021 forthcoming) Civil Society, Rights and Welfare: Exploring the Implementation of the Convention on the Rights of the Child in Cambodia, Journal of Asian and African Studies, SAGE Publications ISSN: 0021-9096 https://journals.sagepub.com/home/jas