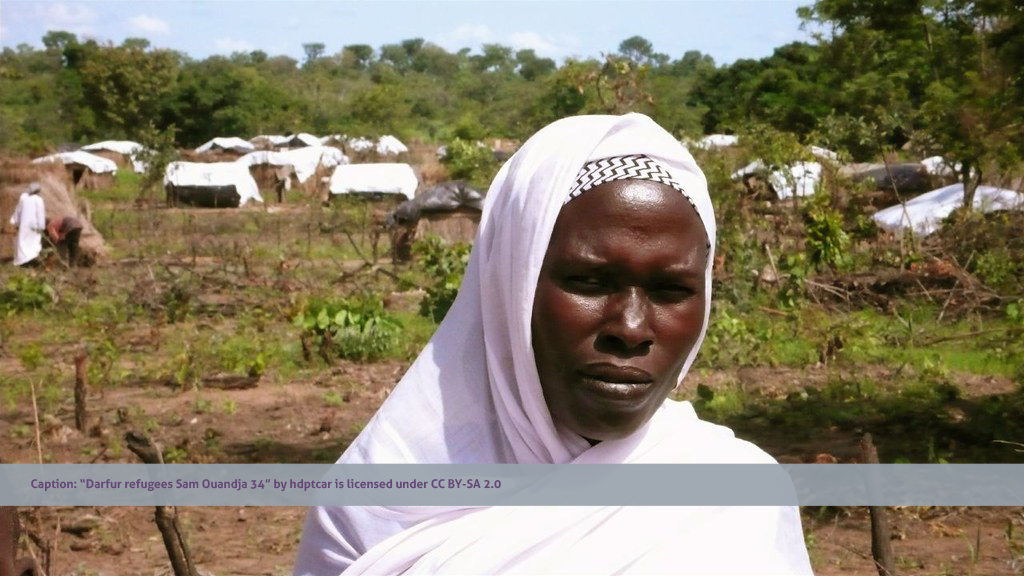 A refugee is someone who is outside her or his country of nationality due to a well-founded fear of persecution and who is unwilling to return to that country. Whilst an asylum seeker is someone waiting for their request for sanctuary to be processed.

Despite the fact that asylum and migration are reported amongst the top policy issues (concerning voters), until now, there has not been systematic academic analysis of political parties’ records on refugees and asylum seekers in UK electoral politics. However, that’s not the only original aspect of this new study. Scant academic attention has been given to refugees and asylum seekers in ‘devolved’ elections. A superficial response might be: ‘well, that’s because immigration policy is usually reserved to central governments’. That’s true. But what it overlooks is that key aspects of social welfare for refugees and asylum seekers – such as health, housing, social services, and social security benefits – are devolved.

Today, refugees and asylum seekers are amongst the most pressing policy challenges. Current data reveal that globally there are 25.9 million refugees and 3.5 million asylum seekers.  In the UK, there were 35,566 asylum applications in 2019, the 6th highest number amongst EU28 countries.

A critical question at this point might be: “why should we bother to look at manifesto pledges? – parties never honour them”. Wrong! A respected body of academic research shows that, as a general trend, parties elected to government do tend to implement specific manifesto pledges. Further to the point, social policies tend to be highly politicized – everybody has an opinion on the best way forward, so studying the politics behind policy makes sense.

The study aims were:

2. In the wake of devolution in the UK, to examine the extent to which distinctive refugee and asylum seeker policies are emerging in the different countries of the UK.

What did the study find? 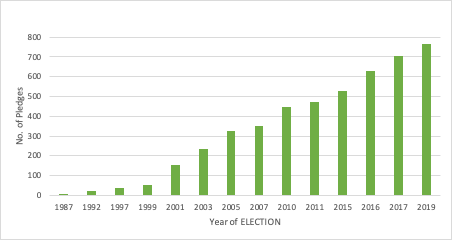 When the top four parties’ refugee and asylum seeker issues (defined by total number of pledges), are compared, there is a degree of concurrence. All agree over the first-ranked topic; namely, the (in)effectiveness of the prevailing system and the need for reform. The removal of failed asylum seekers is the second-ranked issue for Labour and Conservatives. Beyond this, there is divergence in the parties’ issue prioritisation. Both the Conservatives and UKIP prioritise legal reforms and tighter regulation. Whereas the Liberal Democrats place emphasis on the rights of child refugees and asylum seekers and Labour is concerned with reforming asylum seekers’ detention policy.

The analysis also shows Right-Left party dynamics on refugee and asylum seeker policy. Three-quarters of all pledges framed in terms of refugees and asylum seekers’ rights were made by Labour and the Liberal Democrats (e.g. ‘expanding family reunion rights’, Liberal Democrats, 2019, p.11). In contrast, the parties of the Right predominate in framing pledges in terms of “firmness” (75 per cent of pledges) (e.g. ‘These UKIP policies are firm but fair they replace existing policies the lax enforcement of which serve only to reward criminality’, UKIP, 2001, p.12).

A further key finding is how devolved governance is characterised by divergence in refugee and asylum seeker welfare between the different nations of the UK. Most education pledges are made in Welsh elections. Whilst, in Scotland and Northern Ireland, greater attention is given to employment.

This study also charts how electoral discourse has led to distinctive government refugee and asylum seeker policies in each country in Great Britain. The Westminster government places greater emphasis on refugee and asylum-seekers’ policy fitting in with so-called “British values”, whereas the former underline the reciprocal benefits of refugees settling in Wales and Scotland.

On welfare payments the Westminster strategy is silent on the issue of poverty. Whereas the ambition to counteract Westminster policies is explicit in the devolved strategies. For example, ‘Welsh Government will continue to monitor and seek to mitigate the worst effects of UK government welfare reforms, as far as possible, to identify barriers for refugees and potential solutions’. (In cases of destitution it can make emergency payments through its Discretionary Assistance Fund).

Why do these study findings matter?

1. This study shows the party politics behind contemporary refugee and asylum seeker policies (and the implications of voter choices).

2. It shows the impact of devolution and the contrasting territorial approaches to refugees and asylum seekers’ welfare in the different counties of the UK.

3. It shows how the different national governments are responding to their international human rights obligations, notably the Convention on the Elimination of Racial Discrimination and the 1951 UN Convention Relating to the Status of Refugees and;

4. It reveals the “territorialisation of welfare rights in the wake of devolution” – in other words, if you are a refugee or an asylum seeker, you have different (legal) welfare rights depending on which UK country you are in. For example, in the case of Wales, since 2009, healthcare for all – including failed asylum seekers is free; and refugee and asylum seeker policy is underpinned by the Rights of Children and Young Persons (Wales) Measure (2011) which incorporates the United Nations Convention on the Rights of the Child.

The research was undertaken as part of: Trust, human rights and civil society within Mixed Economies of Welfare’, (Work-package 2.4) in WISERD’s ESRC-funded Civil Society Research Programme .