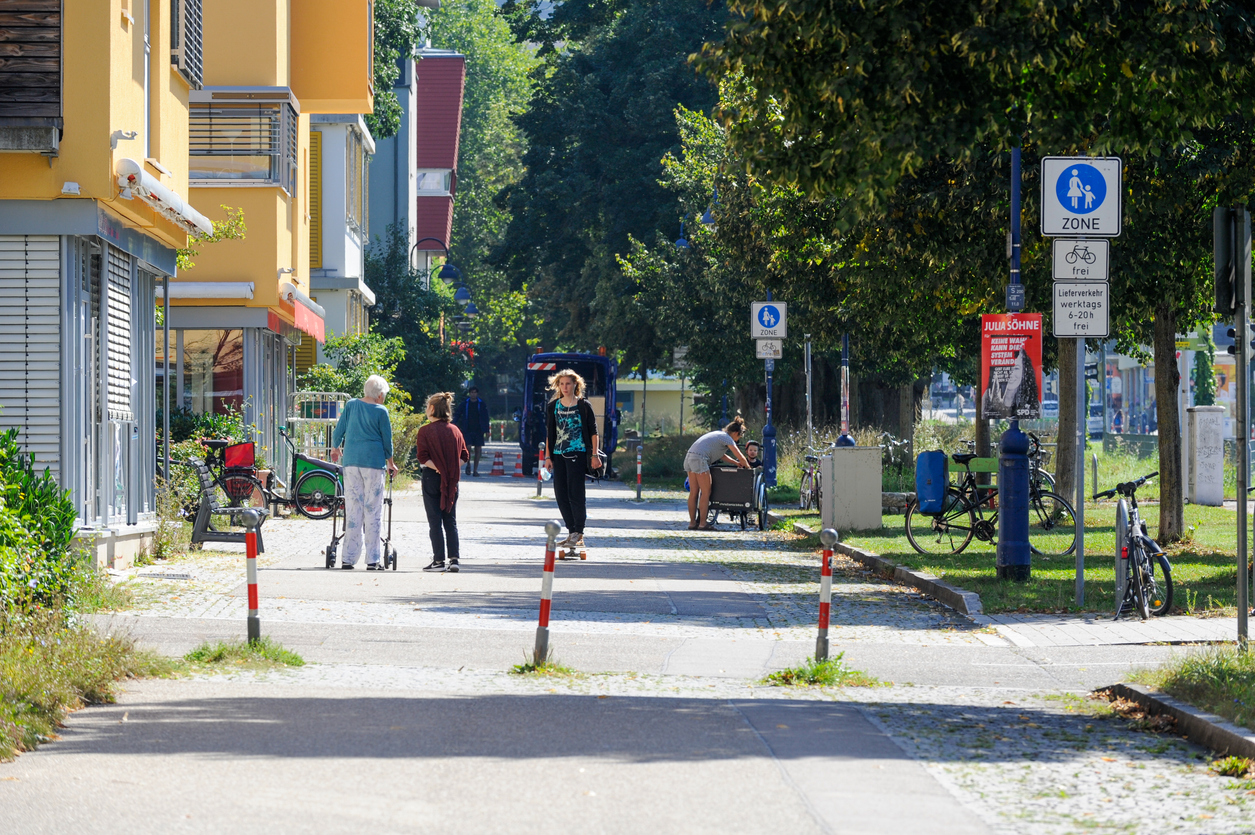 One of our interests as part of our WISERD research project has been the concept of the ‘child-friendly city’ and what an enabling environment for the rights of the child looks like. Play 2021 provided the opportunity to gain an interdisciplinary insight into children’s urban geographies and the building of the ‘child-friendly city’ and to reflect upon how we might use these insights to inform our research.

The conference began with a series of presentations on the importance of play for children’s wellbeing, and a discussion about the extent to which decision-makers have so far managed to embed the ‘right to play’ (Article 31, UNCRC) into cities and communities.

Naomi Danquah, lead of Child-friendly cities UK, emphasised the right to play should be a ‘starting point’ for any city or community bidding for child-friendly status and ‘the agency and voice of children in these decisions is fundamental to the process’.

Naomi Danquah outlined how participating cities within the UK have made efforts to ensure all children and young people have access to appropriate and natural play spaces and facilities. For example, Child-friendly Cardiff has this summer launched ‘The Summer of Smiles’, a scheme to promote play within the city.

Like many of the presenters during the event, however, Naomi Danquah expressed concern about spatial inequalities and the extent to which urban spaces are shaped with children and young people in mind. Reflecting on the ‘child-friendliness’ of the UK, she argued there is an ‘intolerance of childhood’ in many of our cities and ‘that children are not welcome in public space’.

The economic development plans of cities, which are created by adults and for adults, means the needs, values and voices of children and young people are often overlooked. However, by 2050, 68% of people are expected to be living in cities, suggesting there is a pressing need to reimagine urban living.

Beyond the playground: what makes a child-friendly city?

There was a consensus amongst most speakers as to what makes a ‘child-friendly city’. They are green, sustainable, safe and clean. They have low levels of car-traffic, incorporate natural play into the built environment and encourage meaningful participation from children in the decision-making process, whenever possible. There was a strong belief amongst the speakers that ‘cities that are good for children are good for everyone’.

Holly Weir (Researcher at the University of Westminster) argued for the importance of the ‘15-minute’ neighbourhoods, where no essential services should be further away than a 15-minute walk.

Mike Barclay and Ben Tawil (Play consultants and researchers) argued for the importance of ‘mundane spaces’ in the city, and the importance of these spaces for allowing children to locate themselves within their environments, to develop positive intergenerational relationships and build civic trust.

Natalia Krysiak, (an urban designer at Cities for Play) spoke of her experience researching a wide range of child-friendly cities. She reflected on the competency of Tokyo, one of the world’s densest cities, at creating accessible and green play spaces throughout the city.

Vauban: A Model for Child-Friendly Cities?

Tim Gill (an independent researcher interested in children’s play and mobility) introducing his newly released book, argued the district of Vauban, in the German city of Freiburg, is the closest he has seen to a child-friendly city and that it should be considered a ‘model city’ for any city attempting to gain child-friendly status.

The city of Frieberg is committed to being a green and sustainable city. It promotes an ethos of eco-living with a high use of renewable energy, all buildings being low-energy usage standard, and a focus on the development of new technologies. Cars are banned within the centre of the city, allowing streets to become social spaces, facilitating the play of children. Recycling and reusing are promoted throughout the city and co-operatives, organic markets and allotments are numerous.

Vauban, a district of Frieberg, is considered the most eco-friendly district. It is a neighbourhood built on the site of a former military base and is currently home to around 5,500 people. Built with citizen participation as a ‘sustainable model district’, Vauban aims to achieve ‘ecological, social, economic and cultural sustainability’.

The ‘child-friendly city’ and utopianism

Whilst there are plenty of ideas about what a child-friendly city should look like, how these ideas are transformed into concrete and meaningful actions is most important for the enabling of the everyday rights of the child. An earlier WISERD blog post by Taru Silvonen, highlighted the challenges and complexities in realising a city that is committed to fulfilling the rights of the child.

There was a sense that for many of the speakers the child-friendly city was seen as a ‘fix-all’ solution to combat many of the issues caused by urbanisation. There were strong overlaps between eco-cities and child-friendly cities, as in the example of Vauban. Environmental planning and urban design, however, are only one aspect of a wider network of policies, laws and infrastructure that constitute a child-friendly city.

More research is needed on the extent to which ‘child-friendliness’ is distributed throughout the city, offering opportunities to all children, rather than only for those who are fortunate to live in the wealthiest areas. Similarly, the conference predominantly focused on the rights of young children, whilst it is often the ‘play’ of older children and young people that is most demonised. These are questions that we are hoping to address as part of our WISERD research.

Image by Endrik Baublies on iStock.