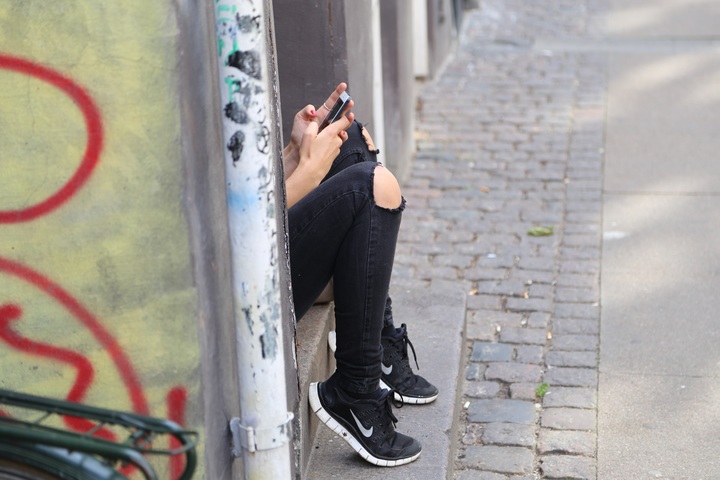 There is evidence to suggest that school exclusions can have negative effects on children’s lives. Exclusions have been associated with poor educational outcomes, and long-term physical and mental health problems. We need to investigate how patterns of exclusions and characteristics of excluded pupils differ across time and can help to inform current understanding of possible risk factors.

This blog post presents preliminary findings from the Excluded Lives project – a multi-disciplinary collaboration across multiple UK universities. The study employs qualitative, quantitative and policy-oriented methods to investigate school exclusions across the UK. Our analysis, carried out in the WISERD Education Data Lab, specifically explores pupil records for children in mainstream education in Wales (not accounting for pupil referral units), to identify key factors linked to school exclusions.

By focusing on school exclusions as distinct events, we investigated school exclusion patterns over an eight-year observation period (2011/2012 to 2018/2019). We explored the number of instances and length of school exclusions to provide a better understanding of trends across the study period. For these analyses, school exclusions were grouped as fixed-term (during which a child is temporarily removed from school for a period of up to 45 school days in one academic year) and permanent (occurring when a child is expelled from school). Whilst we know that lunchtime exclusions are also used in schools, recording of these is patchy in our data and so were not included here. 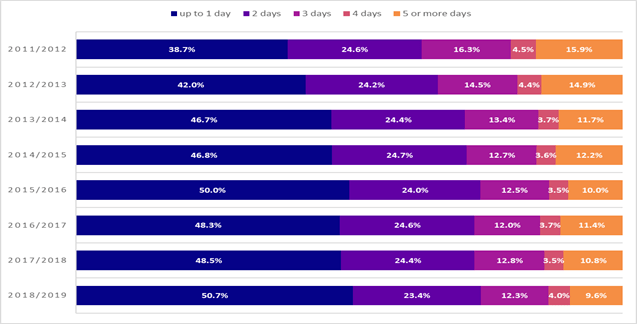 In line with more exclusion instances, we also observed an increasing number of pupils being excluded in Wales. In addition, the proportion of pupils who have been permanently excluded doubled during the study period (2011/2012: 1.2% → 2018/2019: 2.6%).

In terms of the total number of days lost to exclusion per year, a U-shaped trend was noted, with an increasing number during the four latter years, peaking at 41,073 days lost in 2018/19 (Figure 2).

Figure 2. Number of days lost to exclusion by academic year 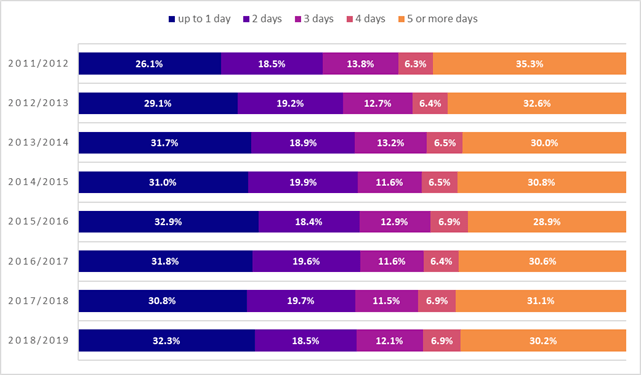 Our preliminary analysis has highlighted that the number of school exclusions recorded over the eight-year observation period has increased overall.

There was a trend of more students being excluded over time for shorter periods, which was re-affirmed when we looked at the cumulative number of days missed by excluded pupils. Thus, while exclusion instances get shorter in length, they can still have a disruptive effect on learning overall.