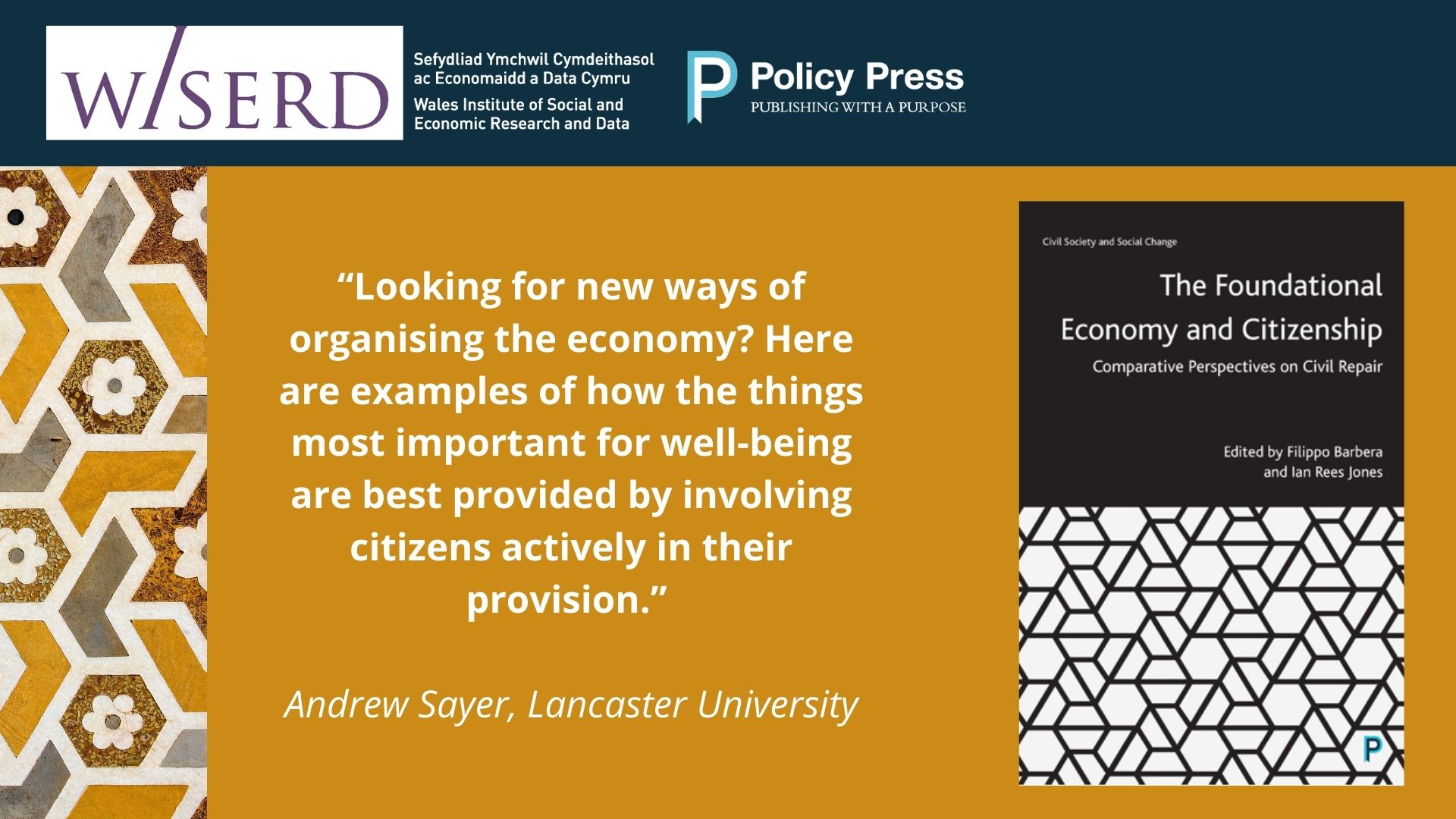 The Foundational Economy has been described as those everyday goods and services that provide the basis for a civilized life. But this begs numerous questions including: What does the Foundational Economy consist of? Why should we be concerned about it? And how can ordinary people get involved in developing it?

In a new edited collection entitled The Foundational Economy and Citizenship, Comparative Perspectives on Civil Repair, published in September 2020, we try to address these and other questions by focusing on key foundational sectors such as food, transport, housing and water. We draw together different perspectives and examples from across Europe to illustrate the relevance of foundational approaches for our understanding of economy and society.

There are two aspects to research on the Foundational Economy. First, researchers have thrown light on current economic conditions and the ways in which financialization, outsourcing and privatisation have damaged the fabric of welfare services and undermined conditions in the workplace and the everyday lives of households.

Aspects of this work can be found in the book in an analysis of how regeneration policies in Manchester have been led by developers and in the ways in which polices have encouraged rentierism in urban areas of Italy.

The other face to the Foundational Economy is the work that looks at alternative solutions to the current economic crisis. For example, many concerns have been raised about the impact of ‘platform capitalism’ on the lives and conditions of workers and consumers alike.  But there is also potential to exploit new technologies for the benefit of individuals and communities. Platform cooperativism offers exciting and innovative ways of doing this and we discuss examples from across Europe in the fields of transport and social care.

There is often a tired and polarized debate on the ownership of utilities such as water, transport and housing that contrasts an efficient market-led private sector with older nationalised state industries. The book offers an alternative perspective that draws on evidence of new forms of public ownership. These include Austrian limited-profit housing associations and water companies in common ownership that are underpinned by commitments to social justice and environmental sustainability.

At the heart of the book is the question: How can ordinary citizens be involved in governing and promoting the Foundational Economy? We do not shy away from difficult examples where attempts to involve citizens in local economies have not worked. In Italy the example of waste management policies suggests that, despite good intentions towards environmental sustainability, the effect on the population is to constrain and limit their engagement within a technical process.

Food production and supply is a core part of the Foundational Economy. Here there is long standing evidence of the harmful effects of long supply chains and the strong influence that large corporations have over the conditions of labour markets and producers.

But there are examples of alternatives including Solidarity Purchasing Groups that offer a means of bringing producers and consumers together to address wider goals. The work of Kevin Morgan is important here as he develops an argument within the book for food to be viewed as an exception because of the unique contribution it can make to well-being. The example of organising school meals in Oldham gives a powerful basis to arguments for a moral economy and for Foundational Economy policies to be a form of political practice aiming for socially and environmentally sustainable food systems.

We draw these different chapters together by focusing on the relationship between the Foundational Economy and citizenship. We argue that a Foundational Economy approach must take citizenship seriously and not treat it as just a bundle of rights that people somehow own and can point to as theirs. Instead, we argue that there is an ethical core to citizenship that recognises co-dependence and solidarity as well as autonomy. We distinguish between the active and activist parts of citizenship drawing on examples form local activism to work on grounded cities.

Finally, we put forward a research agenda for the Foundational Economy that envisages citizenship as defence and management of the commons. We hope you enjoy the book and that it inspires new thinking and practical solutions.