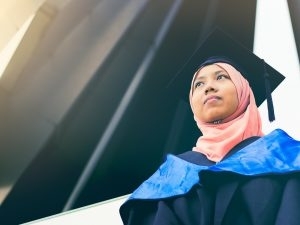 We often think about what young people can expect to gain from university, or what universities contribute to society. But it’s not often that we talk about how higher education can change society beyond the shaping of individuals.

As tuition fees rise, and universities are cast in increasingly intense competition for students and staff, their cultural and civic role has become ever more important. Now, universities need to prove that they do more than just teach students to pass their degree courses.

We already know that individuals’ active participation in the organisations, clubs and societies which make up civil society help foster trust and well-being – all of which are also essential for the formation of a democratic and harmonious society. But what is it that UK universities do for society in this regard? We’ve been examining national surveys and speaking to graduates to find out.

We started by looking at the British Household Panel Survey and the National Child Development Study. Here we found that graduates, on the whole, are more likely to be members of associations, organisations and societies such as trade unions. They are also more likely than non-graduates to join environmental groups, residents’ associations, religious organisations and sports clubs.

These findings are irrespective of whether they studied in an “elite” higher education system – before the end of the 1980s when under 15% of the population went to university – or a “mass” system, as now when more than 15% attend.

However, the difference in likelihood of graduates and non-graduates joining a trade union was greater for the mass cohort compared to the elite cohort. This means that the beneficial effect of going to university on a person’s likelihood of joining a trade union is stronger for people who went to university in a mass system compared to an elite system.

Meanwhile for environmental groups, religious organisations, and tenants and residents associations, the reverse is true. For the elite cohort, going to university is more important to their likelihood of joining one of these organisations compared to mass graduates. Put simply, the beneficial effect of going to university on the likelihood of joining these organisations is stronger for elite graduates compared to mass graduates. This distinction between systems matters because it changes the “effect” of being a graduate or non-graduate of either cohort, and varies what the students gained in terms of skills that would change their likelihood of participating in civil society.

We also wanted to know how important particular university experiences were for equipping graduates with the skills, knowledge or attributes needed for civic participation. To find this out, we interviewed 30-year-old graduates who had studied a range of subjects at a range of universities. This included a Russell Group institution, Oxford and Cambridge, and a Post-92 university – that is a university which was regarded as a “polytechnic” before 1992.

One of the most interesting things we learned from these interviews was the role of degree subjects in amplifying civic participation. This often occurred indirectly, through the way it intensified social and political attitudes and values.

Perhaps unsurprisingly, the effect was most striking for social science, and arts and humanities graduates. They were most likely to reflect on how their subject had given them a deeper and broader understanding about politics and social issues. Many told us that their university experience amplified pre-existing social and political attitudes and values. It also encouraged them to participate in certain social and political activities.

Distinct teaching practices also seem to play a role in fostering civic participation. The tutorial system at Oxford and Cambridge – where students meet once or twice a week with a tutor to discuss their subject – seems to provide some graduates with critiquing, debate and discussion skills. And this is especially so for former social science, and arts and humanities students. For a few, their own personal and intellectual confidence combined with these university-learned abilities gave them the abilities and confidence to take part in civic activities.

If HE provides individuals with the skills and knowledge needed for civic participation, there is strong justification for getting more students involved, far beyond an economic rationale.

Yet HE’s effect on civil society does not appear to be equal for all graduates. For students graduating from particular universities, and with particular degrees, their gained skills, credentials and knowledge may give them an advantage in terms of their capacity to participate in civic society. This means that they will have a better opportunity to develop their social capital, which includes their social networks with friends, neighbours and acquaintances through participating in organisations and associations, compared to other graduates.

Overall, what we have found is that universities do far more than just teach students in a specific discipline, or increase an individual’s job prospects. The skills that are built by students have the potential to fundamentally change society for good.

This article was originally published on The Conversation. Read the original article.