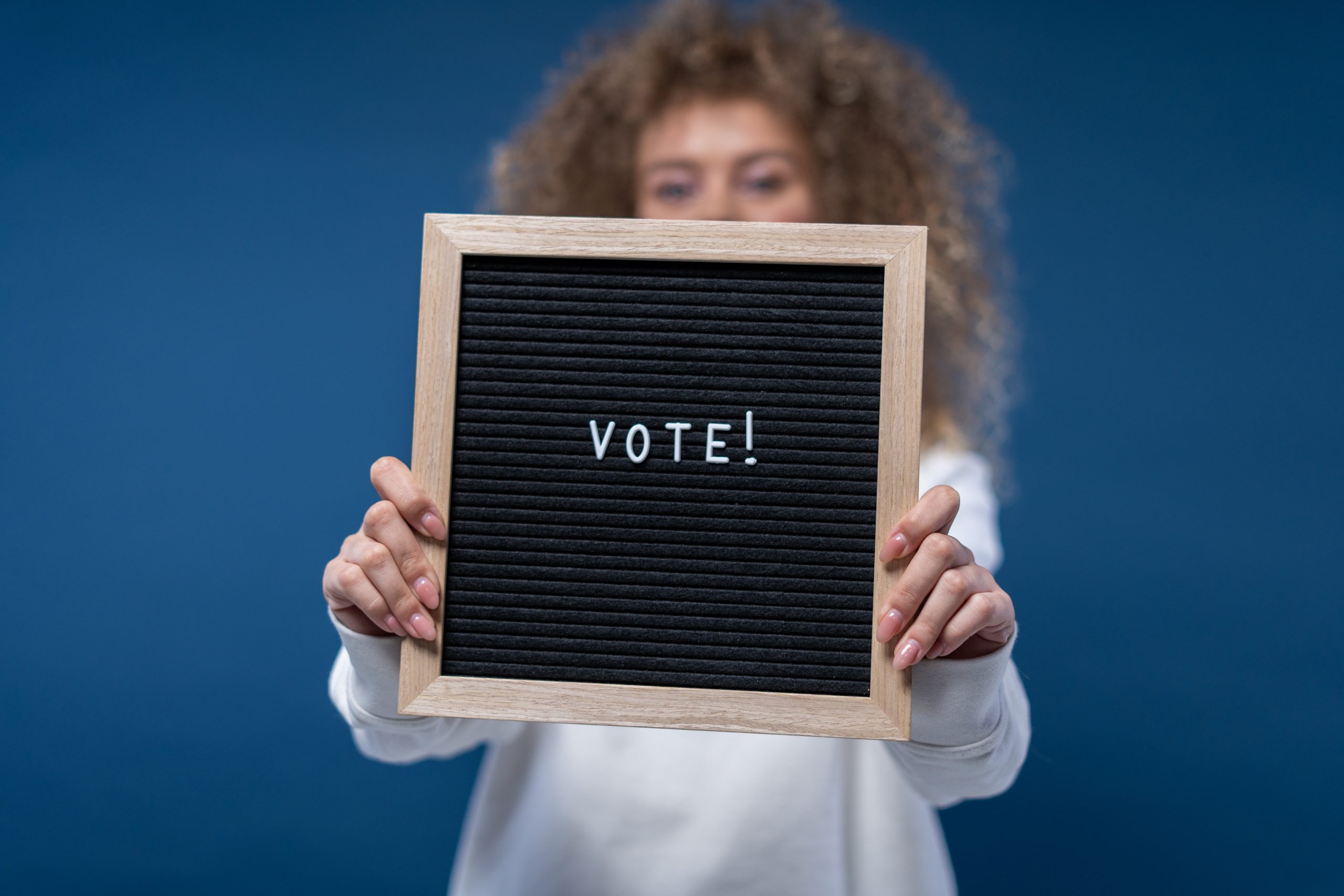 Media coverage over the past few years has shown young people around the world come together to protest for Black Lives Matter, the climate emergency and exam results among other issues. Growing support for Welsh independence and membership of YesCymru is also anecdotally linked to support from the younger generations. While this suggests young people are highly engaged with political issues, less than 50% of 16- and 17-year-olds registered to vote in the 2021 Senedd election.

Our ongoing research with schools through the WISERD Education Multi-Cohort Study (WMCS) between 2015 and 2020 also shows ambivalence towards politics and voting.

Below, we have highlighted key messages from the WMCS data which indicate an in-principal willingness to engage with politics, but gaps in knowledge and understanding of the everyday role of politics.

1.    Politics does not have everyday relevance 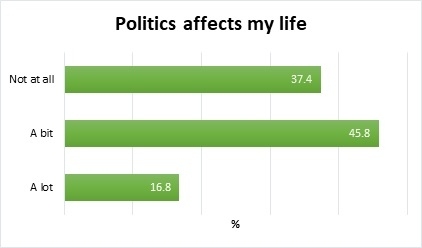 In the same year 40% of all pupils surveyed in Years 8, 10 and 12 did not know who they would vote for in a general election if given the choice. This proportion declined with age but overall indicated generally low levels of knowledge or interest in political parties and candidates.

These responses suggested either low levels of engagement with politics and/or limited civic education. It could be argued that it is unreasonable to expect those below voting age to take an interest in issues they do not get to have a say in. However, it takes time to build knowledge about political issues.

Therefore, civic education that prepares young people to critically assess information, and teaches them the practical steps involved in voting, may encourage political engagement earlier in life. Habits, such as voting, take time to form, so encouraging and allowing people to vote from the age of 16 rather than 18, as the Welsh Government has done, may increase sustained participation from an earlier age, as the proportion of voters in the UK under 40 is relatively low.

2.    But most young people do want a say in democratic decisions 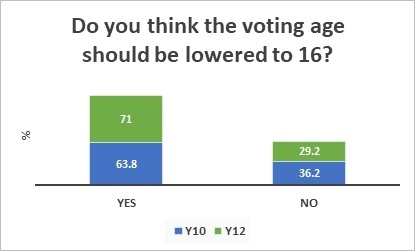 Despite low registration numbers for the 2021 Senedd election, our 2017 survey showed that two-thirds of young people believed voting from the age of 16 should be allowed. Whether this came from a rights perspective, or a desire to participate in democratic decisions is unclear.

It is possible that young people may want the opportunity or right to vote, but many do not see the value in doing so, do not know how to register and/or vote, or cannot access postal registration or travel to a polling station. Making voting registration and participation accessible to young people is vitally important, in addition to the civic education mentioned above.

3.     The pandemic may have increased engagement and awareness of politics 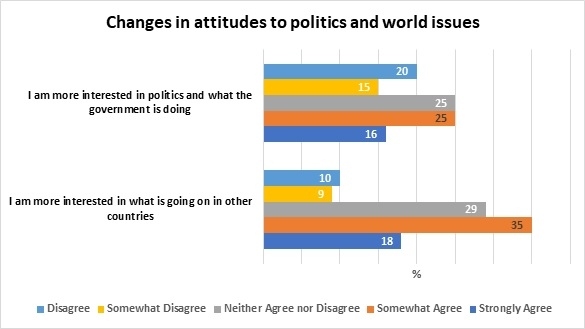 While there is clearly a proportion of highly politically astute young people, our data also show that a relatively small proportion showed interest in local or world politics. However, the coronavirus pandemic may have ignited greater awareness and interest in social and political issues around the world.

In 2020, 41% of pupils said that they were more interested in politics and what the government was doing since the pandemic, and 53% were more interested in what was going on in other countries. In Wales, the different approaches to handling the coronavirus pandemic has raised the profile of the Welsh Government, as well as highlighting the impact of government decisions on our day to day lives. This may have provided clear examples of the role of government, which was not previously clear to some young people.

However, it is impossible to tell whether this increased interest resulted in more young people voting that would have otherwise. Regardless, there was a low turnout, estimated around 46%, amongst 16- and 17-year-olds voting for the first time. In contrast, almost 80% of 16- and 17-year-olds registered to vote in the 2014 Scottish independence referendum, the first time this age group could vote in Scotland.

Is it that young Welsh people are less engaged with politics, or was the Scottish referendum a much more poignant issue than a general election? Without directly investigating this we do not know, but the data shown in figure 3 from 2020 demonstrate a potential opportunity for educators and government to make the most of this increased interest to engage with young people to improve their political knowledge and support them to take part in elections and referendums if they wish to do so.

Image credit: by cottonbro, via Pexels.