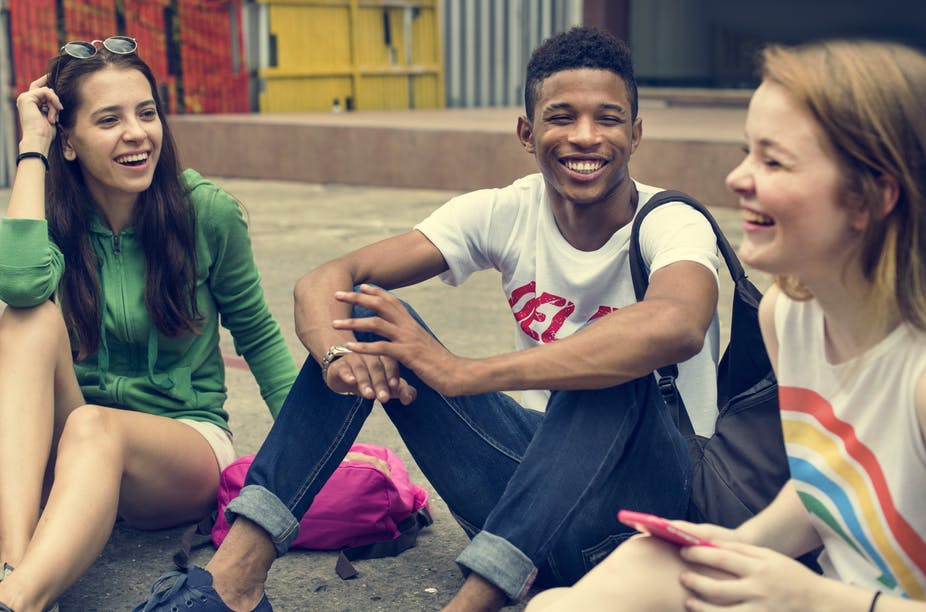 Friendships made in school play a special part in young people’s development. They are more than just moral support, friends help them learn key social skills, and serve as a source of social support. Close school friends also help young people develop a sense of importance, trust, acceptance and belonging within their school. Young people who are well appreciated and accepted by their friends are more likely to be happy and do well at school and more likely to develop positive friendships and relationships as adults. In fact, schools in the UK have been found to be the most important place for young people to make friends with others of their own age.

But just what is it that makes an ideal friend? Is it that they should be generous? Or they should be supportive in times of crisis over all else? For the the past six years, my colleagues and I have been conducting the WISERD Education multi-cohort, longitudinal study with pupils in secondary schools, to increase our understanding of the lives of young people in Wales. In our most recent surveys – conducted between February and May 2018 – we were particularly interested in exploring what young people think of their friendship networks. We wanted to know more about how these associations develop and how the relationships impact and shape young people’s identities, behaviour, relationships and perspectives.

We surveyed 895 pupils, aged between ten and 17, from 11 schools across Wales about their friendships. We asked them to choose what they thought were the most important qualities that an ideal friend should possess. They were given 11 different options to choose from – including confidence, honesty, money, popularity and looks – and were allowed to select three options.

We found that a good sense of humour (82%), honesty (67%) and kindness (61%) were the top three qualities that these young people valued the most in their friendships. Perhaps surprisingly, popularity (4%) and intelligence (14%) ranked low in pupils’ choices.

Another interesting takeaway from this study was the qualities that young people consider least important in an ideal friend. Despite the often pretentious and vapid television culture portrayed by popular shows such as Love Island and The Only Way Is Essex, the young people who participated in our survey ranked being good looking (2%), fashionable (3%), rich (3%) and popular (4%) as the least important qualities that they looked for in ideal friends. In fact, none of these qualities were chosen by more than 45 of our 895 respondents.

In addition, we received interesting responses when asking the pupils whether they had school friends who were different from themselves – that is to say, if they had friends who were of a different gender, race or ethnicity at school. Some 84% said they had friends of a different gender at school and 61% indicated that they had friends of different race or ethnicity to themselves at school. This, combined with the quality of “seeing things from other peoples’ perspective” ranking fourth out of the 11 options, suggests that young people today are fairly open minded, and keen to engage with “other” people who don’t just look like them and have the same opinions as them. Instead, they are willing to be open to perspectives that are different from their own.

The qualities that the majority of the pupils and students in this survey chose show that young people are open and engaged in diverse friendships within their learning environments. Our study also supports existing research from England, published in 2006, which found that young people want to be part of strong, safe communities based on friendships that foster trust, concern for individual well-being, a sense of self-worth and that encourage individual and collective social responsibility.

These positive friendships will hopefully result in these young people having more inclusive social engagements and citizenship in their community life as they grow up. This is something we hope to explore in further research, but given what we already know, it is likely that their inclusive friendships will provide them with a wider view of the world.

By Constantino Dumangane Jr., Research Associate, WISERD, Cardiff University. This article is republished from The Conversation under a Creative Commons license. Read the original article.