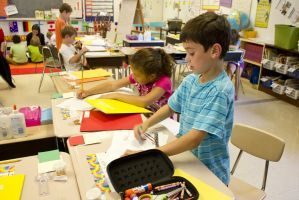 Are pupils who attend Welsh-medium schools in south-east Wales mostly from middle-class backgrounds and does it matter?

Mr Jones recently presented his research on how parents make their choices regarding medium of education as part of the WISERD Cardiff lunchtime seminar series and at the WISERD Annual Conference 2017.

There is an assumption that as a result of school choice, the majority of students who go to Welsh-medium schools in south-east Wales are largely from privileged, middle-class backgrounds.

I will examine whether this assumption reflects evidence on the social composition of Welsh-medium and English-medium schools.

I will also explain how school choice contributes to the differences in the social composition of Welsh-medium and English-medium schools in south-east Wales.

Mr Jones said parents were influenced by many factors when deciding whether to choose Welsh or English-medium schools including cultural, educational and economic considerations, and how they relate to the Welsh language.

While it is a complex matter to establish whether Welsh-medium schools are “middle class”, Mr Jones said the data did enable some conclusions to be drawn.

He said Welsh Government and local authorities needed to develop policies to ensure that children from all social backgrounds were able to access Welsh-medium education.