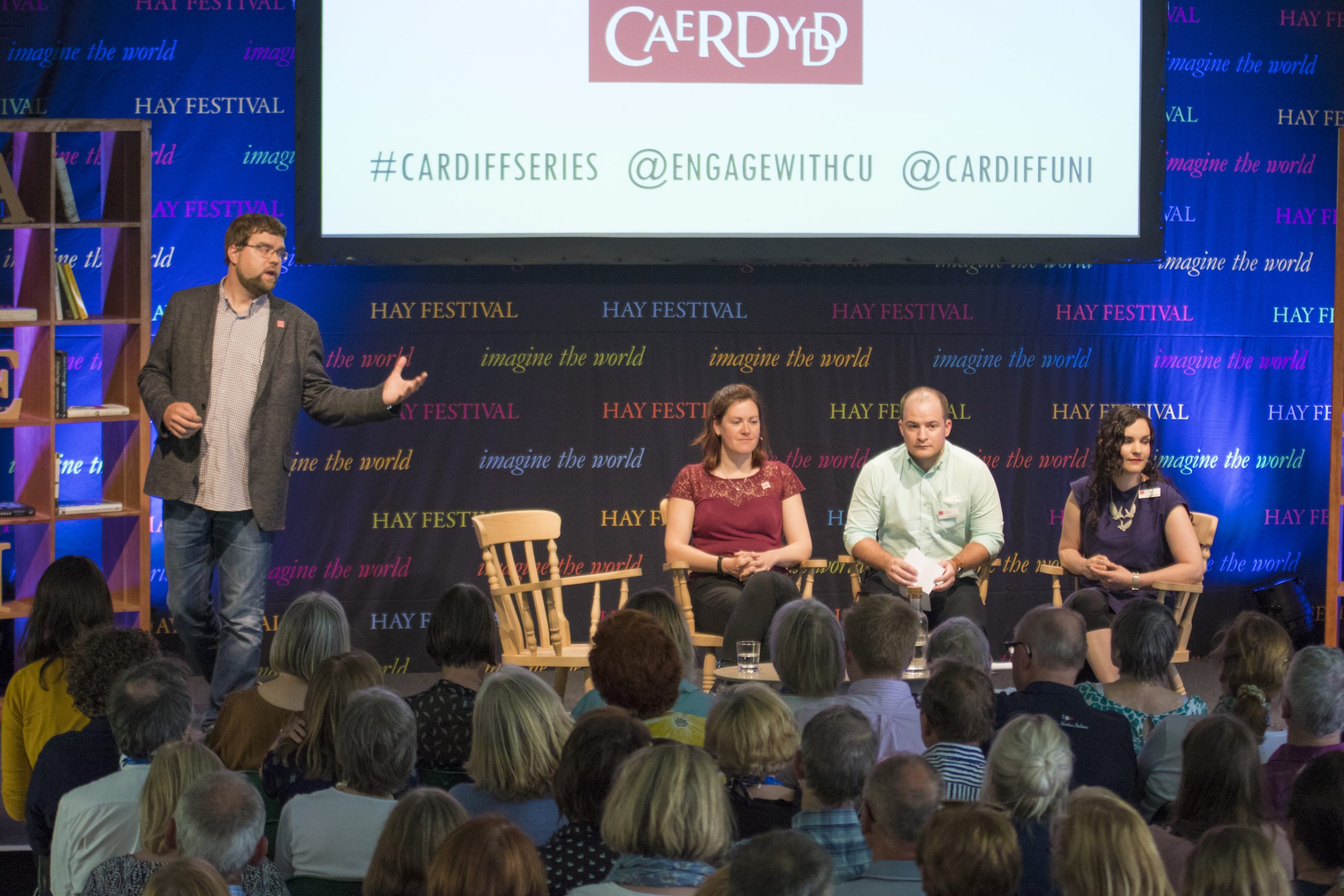 WISERD researchers presented our work on young people, education and politics, as part of this year’s exciting line-up at the 30th anniversary Hay Festival.

‘Mind the gap’ formed part of the Cardiff Series, presented by Dr Dan Evans, Dr Esther Muddiman, Dr Stuart Fox and Dr Sioned Pearce, which considered the striking divisions revealed between generations in the result of the 2016 EU Referendum.

A majority of 18 to 24-year-olds voted to remain in the EU while a majority of over-65s voted to leave. Our researchers addressed how and why this divide has come about and the importance of the digital revolution in this context.

Dr Sioned Pearce explored the different sources of information, including social media, that young people used to gather information during the EU Referendum last year, and discussed young people’s perceptions of trust with the Leave and Remain campaigns.

Dr Dan Evans introduced audience members to our WISERDEducation cohort study, which has involved more than 1,200 pupils in over 30 schools around Wales and is gauging pupils’ political knowledge.

The data Dr Evans presented gave an indication of how 14 to 15-year-olds and 16 to 17-year-olds might have voted in the EU Referendum, if they had been able to, and whether they thought the decision to leave the EU will be good or bad for young people in Wales.

Dr Esther Muddiman explored the role of family relationships in the shaping of social attitudes. This included an analysis of how often teenagers spend time with grandparents, what they talk about and do together, and how this shapes their values, beliefs, and behaviours.

Dr Stuart Fox chaired a busy question and answer session at the end of the presentation leading to discussions around compulsory voting and the role of schools in political education. The presentation attracted over 250 audience members and comments included: “Very interesting” and “I have three children, this was really relevant”.