This year WISERD celebrates a decade of influencing policy and debate. To mark this important anniversary, a variety of external stakeholders were invited to join WISERD colleagues, old and new, for WISERD at 10, at the Senedd in Cardiff Bay.

The event marked the launch of Changing Wales: WISERD at 10, a new publication showcasing just some of WISERD’s research that has taken place over the last ten years, and also an insight into some of the ongoing projects that will continue to address some of society’s most pressing issues.

A collaboration of five Welsh universities (Aberystwyth, Bangor, Cardiff, South Wales and Swansea), WISERD has carried out a decade of pioneering research, providing important insights into the social and economic challenges facing Wales.

With a focus on tackling inequality and improving the lives of people living here, the work of WISERD researchers has had a major impact on shaping the future of the nation, while also contributing to international research.

The past decade has seen major constitutional and political developments in Wales, with WISERD’s work providing new and timely evidence on a broad range of policy issues.

Some of the diverse areas the institute has researched include:

WISERD, which has attracted more than £27m of funding into Wales from a wide range of sources, is now looking to the next ten years.

Professor Ian Rees Jones, Director of WISERD, said: “We’re delighted to be celebrating a decade of research that is of national and international importance. As a collaborative partnership of five universities in Wales and others in the UK and Europe, we have gathered our collective expertise to pioneer policy-relevant, evidence-based research across a range of social and economic challenges.

“WISERD’s work reflects Wales’ position as a devolved country operating in a global context. Our research has helped policy-makers tackle a range of challenges – from the educational needs of our young people, the sustainability of future generations, labour market changes, social care, housing and the needs of an ageing population, to poverty, inequality and political disengagement in post-industrial Wales.

“In a decade, we have built strong international links, bringing new ideas and allowing us to draw on a wealth of expertise in addressing local and global challenges. With further support of our universities, Welsh Government and the ESRC we are set fair to address the challenges of change over the next ten years.”

Kirsty Williams, Cabinet Secretary for Education, said: “Congratulations to WISERD on reaching their 10 year anniversary. It is vital that Wales has a strong research infrastructure, which provides insightful and thought-provoking analysis.

“WISERD’s research and the data produced is invaluable as it provides us with an in-depth knowledge of civil society, and helps to assist in finding answers that allow us, through improved methods, to understand the impact of our decisions. This in turn helps us to make sure that we’re delivering for the people of Wales.”

Jennifer Rubin, Executive Chair of the Economic and Social Research Council (ESRC), said: “I am very proud of ESRC’s work with WISERD, and pleased to be celebrating their 10th anniversary. The institute continues to host impactful ESRC projects, including the UK-wide WISERD Civil Society Research Centre. WISERD demonstrates the depth and quality of collaborative research in Wales, consistently producing social science research with outcomes at a national and international level.”

Dr David Blaney, Chief Executive of the Higher Education Funding Council for Wales (HEFCW), said: “We are delighted to have watched WISERD develop over the past decade, having invested from the outset in its establishment. WISERD has gone from strength to strength and is now firmly established as an internationally credible source of independent research evidence in Wales, for Wales and making a real difference to the people of Wales. Congratulations, WISERD, on the first ten years and best wishes for the next ten.” 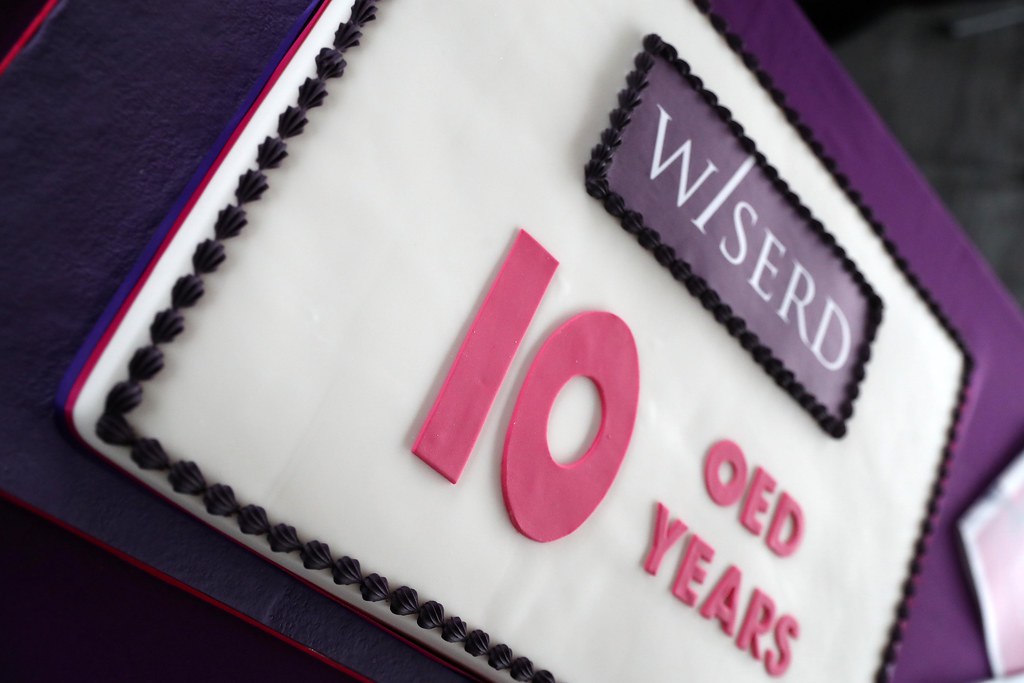