On Tuesday 17 January Professor Paul Chaney presented findings from the WISERD Civil Society Programme research project ‘Territoriality and Third Sector Engagement in Policy-Making’ at the House of Commons. The presentation at the ESRC ‘Feminizing Politics: Voice, Access and Accountability’ seminar highlighted the role of civil society as political space for accountability with a focus on its role as an arena for claims-making by feminist policy actors. It drew on international work (studies of the UN Beijing +20 and the first and second cycle Universal Periodic Reviews of human rights instruments).

Delegates heard how civil society and accountability is key to the Beijing Declaration and Platform for Action (BDPfA) (the leading international agreement on gender equality) – not least by requiring civil society organisations’ input in implementation and the monitoring process (the BDPfA states: “the equal participation of women and men in all national, regional and international bodies and policy-making processes; and the establishment or strengthening of mechanisms at all levels for accountability to the world’s women”). 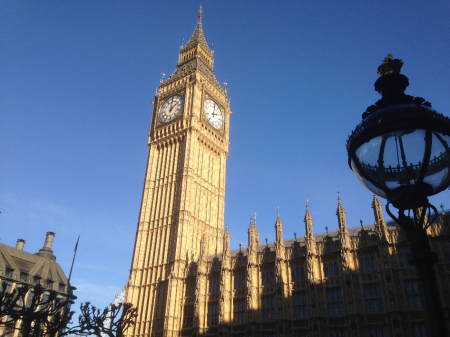 Professor Chaney reported findings from research that has examined civil society organisations’ policy discourse in the Beijing +20 submissions – as well as states’ reports. The research used mixed quantitative and qualitative techniques (content and frame analysis of reports of civil society organisations submitted to the Beijing +15 and +20 reviews – as well as first and second cycle UPRs). It included analysis of the gender mainstreaming programmes of seven Middle Eastern states 2005-15; another study of post-conflict countries; and a third on India and Nepal. The Westminster presentation identified commonalities that emerge from the studies and underlined the challenges for policy-makers and political elites.

The core finding was a disjuncture between state and civil society organisations’ envisioning of the implementation of how rights and equality initiatives should be implemented. States on the whole downplay the importance of “hard policy mechanisms” – such as legally enforceable rights. Crucially, they do not give priority to the need to secure participation of civil society groups to end gender oppression and promote equal representation. In contrast, the prominence of the ‘‘participation” frame in the civil society discourse is both a reflection of an apparent strong demand on the part of civil society organisations to engage – and an indication that, in the countries studied, women remain under-represented and marginalized in many areas of social and political life.

The signal message emerging from the study data was that implementation of UN rights and equality measures requires specific adaptive measures to overcome this, because civil society is the key to securing accountability. Examples of the civil society discourse discussed in the seminar include:

‘‘it is only through the direct and equal participation of women in peace-making, and protection in their role as vital witnesses in post-conflict war crimes tribunals, that other women will feel safe enough to confront their oppressors and secure accountability”, and;

“Empowering vulnerable communities to participate, negotiate, bring about change, hold accountable the institutions that affect their well-being and improve capabilities in the long run”.

Resources, political will, and imagination are further factors identified in the presentation. In the case of the first two, governance structures that promote accountability through effective civil society engagement and rights monitoring come at a cost. It was argued that there needs to be adequate funding of monitoring and compliance. This raises questions about the capacity of rights compliance bodies. In sum, the evidence presented in the seminar underlined that, internationally, much more needs to be done in order to secure greater accountability in equality and rights implementation through civil society engagement.