The immigration flows to the UK that followed European Union (EU) enlargement in 2004 is thought to have constituted the largest wave of immigration in the UK’s history (Salt and Rees, 2006). One of the main factors behind these very large inflows was the UK government’s decision to more or less allow the free movement of workers from the eight new member states from Central and Eastern Europe that joined the EU in May 2004 (which collectively became known as the A8 countries). The only restriction placed on A8 migrants who wished to work in the UK was that they were meant to register on the Worker Registration Scheme (WRS) within a month of taking up employment. In total, around 1.2 million migrant workers from A8 countries registered on the WRS between May 2004, and when the scheme ended, in April 2011. However, this figure is likely to be a significant underestimate of the actual number of A8 migrants who worked in the UK over this period.

The vast majority of these workers came from the largest of the A8 countries, Poland. Moreover, the movement of Poles was disproportionate to its size since Poland accounted for just over a half of the population of the A8 countries in 2004, whilst around 65% of registrants on the WRS were Polish. This over-representation may be explained by several factors including the presence of existing and new migration networks across the UK, active recruitment by UK employers in Poland and the relative weakness of the Polish economy around the time of enlargement. Given the size of the migration flows from Poland, a large literature and network of researchers has been established, which has analysed various aspects of recent Polish migration to the UK. However, given the scale and complexity of this particular movement of people, much is still unknown about the reasons behind individual decisions and perceptions of the experience. The aim of the TEMPO survey of recent Polish migrants in England and Wales is to shed further light of such issues.

The data collected as a result of this project is available to download here.

This research has been produced as part of the project co-ordinated by the Centre for Economic Policy Research on “Temporary Migration, Integration and the role of Policies” (TEMPO), which has been funded by the NORFACE Research Programme “Migration in Europe – Social, Economic, Cultural and Policy Dynamics”. 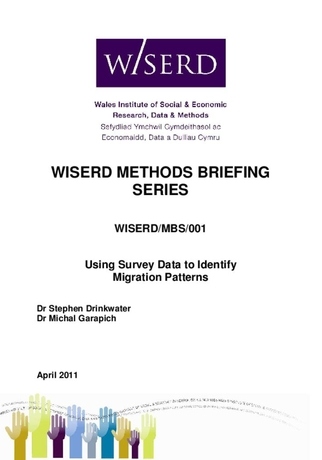 This briefing focuses on the difficulty in obtaining the information needed to identify patterns of (temporary) migration, which appear to have become more diverse in recent years, facilitated by developments in transportation and increased globalisation. It is mainly concerned with examining how survey data may be used to shed further light on the issue. It…