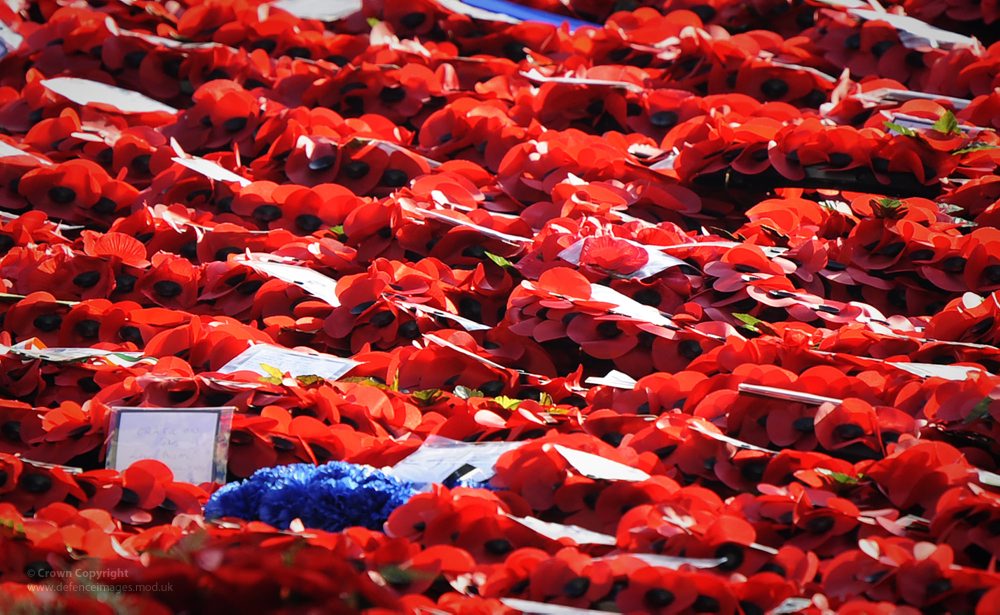 Remembrance Sunday and its parades, wreath-laying and fundraising provides perhaps one of the clearest examples of the coming together of civil society through a shared practice of memorialisation. Although dominated nationally by the Royal British Legion’s Poppy Appeal, at a community level there is often a complex network of local state actors, civil society organisations, and commercial and social enterprises involved in facilitating this act of remembering.

As part of my WISERD research into the participation of older and retired volunteers in rural organisations (Ageing, serious leisure and the contribution of the grey economy), I’ve spent the last eight months getting to know the Aberystwyth branch of the Royal British Legion. This group was selected as one of our four case studies because it comprises predominantly older volunteers, and because it provided an opportunity to explore how a local branch of a national civil society organisation was shaped by where it was situated.

During my time attending branch committee meetings and speaking to individual members, I have been struck by the existence of an informal network of locally-based organisations through which the Legion carried out its everyday operations. This involved working collaboratively with a number of other civil society groups, as well as with many independent businesses in the town.

These informal networks have evolved over the years in Aberystwyth, and are testament to the particular geographies of local civil society. A recent example of this is a relatively new collaboration between the Legion and the seemingly very different Aberystwyth Peace & Justice Network (APJN). A co-ordination of local peace campaigners, APJN has supported the sale and display of white poppies, which for its supporters denote ‘remembrance for all victims of war, a commitment to peace and a challenge to attempts to glamorise or celebrate war’. In 2015, both red and white poppy wreaths were laid simultaneously at Aberystwyth War Memorial on Remembrance Sunday in what is understood to be the first, and only, example of the Royal British Legion sharing this ceremony with such an organisation.

The sharing of the memorial ceremony in Aberystwyth has continued, with this year seeing a wreath laid by Aberaid, a local organisation working to help settle Syrian refugee families in the area. Aberaid stated on their Facebook page that they were laying a wreath ‘to remember all victims of wars and those who have passed away whilst fleeing from war, persecution and violent conflict in the world’.

We might interpret this act, therefore, as a place-specific mobilisation of civil society around an act of national remembrance which is the product of, and in its own way shapes particular local geographies. Many of those I have spoken to during this research point to the distinct political culture of Aberystwyth’s civil society: it is generally outward-looking, and embraces progressive politics and a willingness to experiment with alternative, and sometimes radical, ways of getting things done. In attempting to explain this, some have made reference to the local ‘Cardi’ identity of being independently-minded; others point to the experimental environmentalism of those working on projects in the Dyfi Valley, or the critical mass of academics drawn to institutions such as Aberystwyth University and the National Library of Wales. Others feel Aberystwyth’s culture of civics and volunteerism is a product of the relative geographical remoteness of rural mid wales – something which produces an atmosphere of independent creativity and improvisation.

The factors that contribute to a sense of place in Aberystwyth, and the ways in which this shapes local civil society are multiple and difficult to pin down. Nonetheless, this shared wreath-laying at the War Memorial demonstrates the often nuanced relationship between memorialisation and civil society, and that this relationship is a product of the local communities in which they are situated. It also reminds us of the important contribution that voluntary organisations and their volunteers make to the social and cultural life of their communities.

Dr Sophie Yarker is a WISERD Research Associate at Aberystwyth University, working on the project ‘Ageing, serious leisure and the contribution of the grey economy’ which investigates the contributions of older people to the social and economy vibrancy and viability of rural localities through their varied voluntary participatory activities.