This project sought to problematise homogenising narratives of older people as predominately ‘static’ and ‘passive’, and therefore somehow less implicated in wider social and economic networks; perceptions compounded by the context of rural peripherality. While older people’s experiences may offer insights into the changing historical shape of communities, it is also vital to understand how older residents are shaping and can shape communities both in the present and future. This mode of investigation has the potential to inform policy and politics, where the function and capacity of older people in rural communities tends to be confined to concerns of healthcare.  As such, the assumption that older residents do not, cannot, or will not contribute to sustainability agendas (environmentally, socially, economically and otherwise) was considered.

A pilot study was undertaken which explores the connections inherent in the lives and practices of older people within a specific rural community in Ceredigion. Research was primarily be undertaken through methods of in-depth qualitative interviewing, which will potentially be combined with other mixed methods approaches including the use of GIS/geo-tagging.

The team conducted semi-structured interviews with twenty-six residents of Llangwledig and its immediate surroundings over the age of 60.  Each interview lasted approximately one-and-a-half hours (although some lasted as long as three hours) and was conducted either at the resident’s home, or at the village community centre at their preference. Questions were organized around a number of key themes including senses of place, community and belonging; participation, activities and social networks; and life histories and trajectories.  The interview process also involved respondents completing a questionnaire comprising a series of statements regarding rurality, ageing and social interaction.  Here interviewees were encouraged to indicate the extent of their agreement (or disagreement) through marking the appropriate box on a Likert scale.  As a further participatory element, respondents were asked to complete a ‘personal community map’ which detailed the people they considered as being an important part of their social networks, and the nature of these relationships (e.g. family, friends, neighbours, co-members of clubs and organizations).

Participants were initially contacted via posters and informational materials about the project left at public locations within Llangwledig, including the community centre, health centre, shop and village notice board. This was a deliberate methodological and ethical choice to give residents the choice of whether to contact us, as opposed to directly knocking-on-doors or cold calling potentially vulnerable individuals. This inevitably led to a degree of self-selection in our sampling frame, whereby potentially more active, out-going or opinionated residents may have chosen to contact us over others. Equally, a larger proportion of our respondents were female. This was, on the one hand, a result of the snowballing of contacts which led us to speak with the members of an all-female older person’s social group as well as several members of the village WI, but was also an interesting research finding in itself regarding the apparent variation between gender in terms of participation in organised social groups and activities. Further, while the informational materials we distributed were bilingual, we clearly stated on these documents that we were unable to conduct interviews through the medium of Welsh.  This may also have been a factor influencing some resident’s decisions whether to respond.

Interviews were transcribed verbatim and then coded and analysed using the Atlas.ti CAQDAS package.  This allowed the research team to stratify the dataset on the basis of demographic characteristics (including age, gender, marital status), and to also break the data down in relation to the key themes outlined in the previous paragraph. In this process, we were mindful of maintaining an open approach to the interview transcripts in order that we did not prejudge or overlook important insights into growing old in place which were outside of the pretext for the investigation.

Our case study focuses attention on the role of serious leisure activities in bringing benefits to individuals and communities, and, more specifically, the contribution of older residents to rural service provision as serious volunteers, hobbyists and amateurs. Contrary to negative portrayals of increasing elderly populations as a burden and drain on societal resources, these accounts are indicative of some of the ways in which older residents are shaping and can shape rural communities both in the present and future. Indeed, as Yarwood (2011) notes, rural areas are more prone to suffer greater hardships from restructuring (of health, welfare and recreational facilities) and are so more likely to rely on voluntary services to fill gaps in state provision (Barnett and Barnett 2003; Kearns and Joseph 1997; Sherwood and Lewis 2000).  Certainly, as a force for endogenous development and community-led solutions to local problems, the growing older residents of Llangwledig and the surrounding area would seem to embody the values and responsibilities of active public citizenship promoted, as Milligan and Fyfe (2005) note, by successive UK governments over recent decades as part of an ongoing programme of neoliberal welfare reforms. Indeed, this moral re-articulation of active citizenry forms a central platform of the current Conservative-Liberal Democrat coalition government’s ‘Big Society’ policy agenda, whereby, in a new age of austerity, deep public sector spending cuts have been justified against a strategy for further devolving responsibility away from the state to a range of local actors (e.g. individuals, community groups, charities, philanthropists and businesses).

The sustainability of this policy trajectory has, however, been seriously questioned; specifically, the willingness and ability of different communities (rural and urban) to deliver an increasing share of voluntary welfare provision (Milligan 2007; see also McCulloch et al. 2012; North 2011). We similarly advocate caution in overstressing the extent to which older people can, and do, play in local development.  On the one hand, the changing nature of governance such that public bodies and voluntary organizations are coming together under an ever-tightening fiscal regime creates a certain inevitability of an increasing number of retirees on the front line of service delivery.  On the other hand, we paraphrase le Mesurier (2006: 142) and argue that—for all the contributions that older people make to society, and rural communities in particular—there are innate dangers in an over-reliance on an ageing corps of people willing and able to dedicate time, energy and resources to serving others; either directly or indirectly through their leisure pursuits. There exists a clear risk that, through increasing a burden of responsibility on volunteers of all ages to provide key social services, such activities will cease to be regarded as ‘leisure’ and will instead become much more ominous and onerous undertakings.

As part of our commitment to providing feedback to respondents, we have undertaken a presentation to the village Women’s Institute.  This enabled us to obtain feedback on our initial findings, and presented them with an opportunity to feed into the research process

The team have also provided evidence regarding the service needs of older rural residents to the Welsh Government’s Rural Health Implementation Group, with a meeting being held in Cardiff, 21st July 2011. 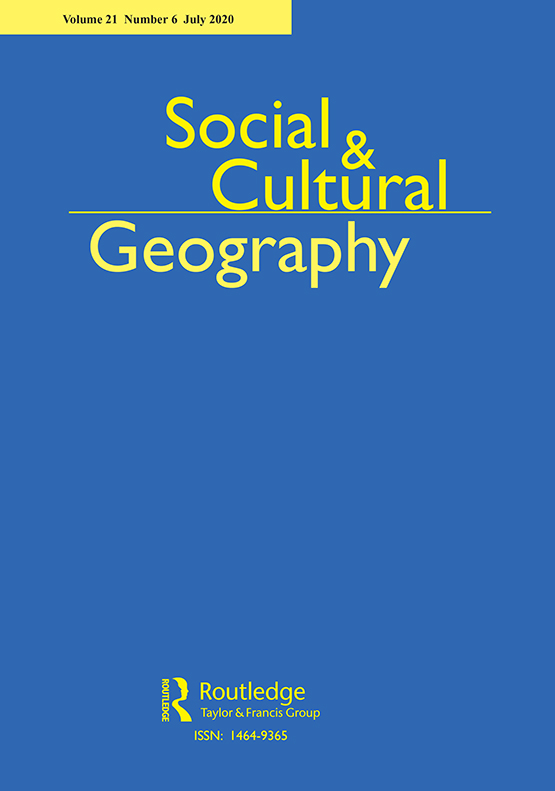 Erthyglau Cyfnodolyn
Growing older and social sustainability: considering the ‘serious leisure’ practices of the over 60s in rural communities

The important role which older people play in rural community development through their various activities has become a substantive area of interest across social science disciplines, including gerontology, sociology, psychology and human geography. Reflecting the demographic shift of an ageing countryside within many parts of the global north, the future of rural social policy initiatives…