This project explored the relationships between participation in higher education and engagement in civil society, especially at the local level. Do university graduates play a distinctive role in the institutions of civil society? More specifically, it examined the extent to which the institutional shift from an elite to a mass system of higher education has affected the roles that graduates play in civil society. It also analysed the extent to which distinctive national (or more local) patterns in these relationships can be distinguished in the constituent countries of the UK.

The project will adopt an explicitly mixed methods approach, using statistical modelling of the BHPS/Understanding Society, as well as interviews with university alumni.

The project required a comparative, longitudinal design. It involved comparing the character of participation in (local) civil society for participants and non-participants in HE. It carried out this comparison for the elite system of HE (up to the mid 1970s) and again for the mass system (1990s). Hence, there were 4 samples.

The first stage of the analysis involved deriving 4 such samples from the British Household Panel Survey/Understanding Society. The second stage of the analysis will involve the collection of new data. Here, our plan was to carry out in-depth, semi-structured interviews with two groups (25 respondents in each group) of graduates, one from the elite system, and the other from the mass system.

Supplementary analysis included: analysis of the interviews conducted by WISERD (and others) with a sub-sample of NCDS respondents (who will have entered HE in the mid-1970s); re-analysis of the data generated by the major official reports on HE.

Individuals, Institutions and Governance is one of the four themes within the Civil Society Research Centre. The projects within this theme use the prisms of multi-level governance; neo-institutional theory and sub-national public policy-making to examine devolution and the changing relations between individuals, institutions in civil society and the state. 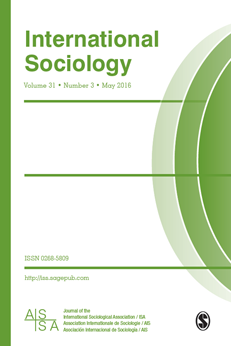 Erthyglau Cyfnodolyn
Giving something back? Sentiments of privilege and social responsibility among elite graduates from Britain and France

This article explores the complex relationship between transnational elites and civil society through examining the contrasting orientations of two cohorts of ‘elite graduates’ from Paris and Oxford. Both cohorts believe their privileged status has been earned through hard work and ability. But they are also aware that they have benefited from advantages not available to…

Higher Education and Civil Society is part of the Individuals, Institutions and Governance theme within the WISERD Civil Society Centre. This podcast gives a brief overview of this project.

We often think about what young people can expect to gain from university, or what universities contribute to society. But it’s not often that we talk about how higher education can change society beyond the shaping of individuals. As tuition fees rise, and universities are cast in increasingly intense competition for students and staff, their…

Last Friday evening, Dr Ceryn Evans presented her research on higher education and civil society at Public Uni’s 15th event at Chapter Arts Centre in Cardiff. Public Uni is an event organised by Cardiff University and aims to provide researchers with an opportunity to communicate their research in engaging, bite-sized ‘chunks’ to a ‘lay audience’….

Dr Ceryn Evans presented her research on higher education and civil society at Public  Uni’s 15th event at Chapter Arts Centre in Cardiff. Public Uni is an event organised by Cardiff University and aims to provide researchers with an opportunity to communicate    their research in engaging, bite-sized ‘chunks’ to a ‘lay audience’. Each presenter has just…