David Blackaby is a Professor of Economics, Professor Emeritus (School of Management) at Swansea University and a former WISERD Co-Director. Main areas of research are labour markets, regional economics, public policy and the Welsh Economy.

In 1999, 2006 and 2014 was a member of The Quality Assurance Agency for Higher Education Panel, responsible for writing the Benchmark statement for Economics.  Between 2006 and 2010 was a member of the Research Resources Board of the ESRC. Senior Examiner (Economics) for ESRC PhD Competition 2003-2006.  Chair of ESRC Postgraduate Training Recognition Panel for Economics 2007, deputy chair 2005.  He was a member of CHUDE Steering Group 2001-2010 and NHS Pay Review Body 2009-2015 and an Associate Director of the Spatial Economics Research Centre (SERC).  He has been a member of the Economic Round Table Discussion Group for the Minister for Business, Enterprise, Technology and Science Welsh Government, Joseph Rowntree Foundation, Wales Poverty and Ethnicity Group and WEFO (Welsh European Funding Office) Monitoring and Evaluation Work Stream.  He is a Fellow of The Learned Society of Wales and currently Deputy Chair of the Business and Management for REF2021.

Overview This project utilised a range of econometric techniques to investigate the nature of the relationship between the domains of individual subjective wellbeing, individual and household characteristics, work/life circumstances, and a range of indicators related to the measurement of social cohesion and civil society. The main UK data sets used by the WP included: Understanding…

About the Centre The main aim of ADRC WALES was to create a world-class administrative data research centre, known for its ability to access, link and make safe use of data for high quality research. Our work was underpinned by a robust Governance framework. ADRC Wales objectives were to: Provide powerful, robust, state-of-the art data linkage and data…

In 2010 the UK coalition Government committed itself to an active policy of fiscal consolidation designed to ‘eliminate’ the structural deficit by the end of the current parliament (HM Budget, March 2011). As part of their consolidation plans the Government announced its intention to promote a rebalancing of the UK economy, away from public sector…

Pay determination and outcomes in the public sector Data from the Labour Force Survey was used to investigate public sector wage differential in the UK 1994 to 2012. In the first of a set of analyses, three separate sub-periods are considered in detail, each characterise broadly different government policy stances towards the public sector and different…

The project aimed to highlight the potential value of an important but currently underutilised dataset, the Welsh Local Labour Force Survey (WLLFS). The main aim was to provide new evidence relating to labour market transitions in Wales. In terms of the analysis we propose two separate pieces of research that both use the WLLFS to examine ‘at…

WISERD undertook an independent evaluation of the Foundation Phase early years education policy for the Welsh Government. The Foundation Phase (FP) is an early intervention approach to learning for all children aged three to seven years in Wales. It is based on principles of experiential learning – or ‘learning through doing’ – and marks a radical…

Pay and Job Quality: Is the Grass Greener in the Public Sector? The unadjusted public-private sector pay differential has attracted considerable political interest since the coalition government came to power in the UK in 2010. It has been used to justify changes to pay setting arrangements and the imposition of pay restraint on the public sector. However, previous analyses have…

Aims The aims of the project were to examine the pay statistics for Wales, for 2008 and other relevant years to determine possible reasons for the widening of the pay gap between women and men. Methodology The research methodology was desk based analysis of published data sets, primarily, Annual Survey of Hours and Earnings (ASHE)…

This statistical annex accompanies the blog post: Are there Differences in Volunteering in Health and Social Care and Responses to the Coronavirus in England and Wales? This is part of WISERD’s Covid-10 blog series. 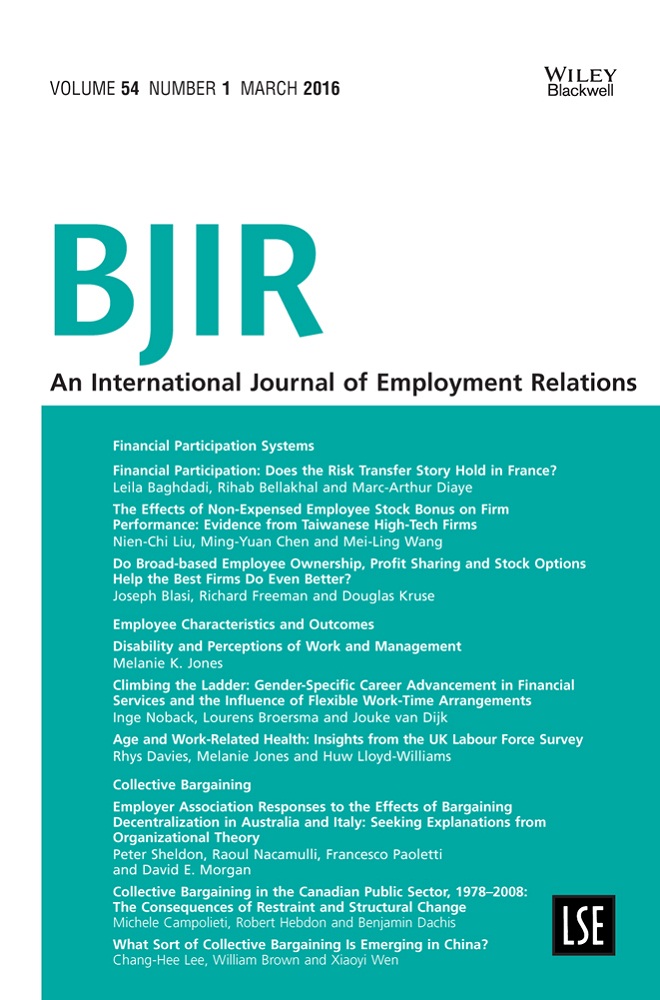 Erthyglau Cyfnodolyn
Understanding What Has Been Happening to the Public-Sector Pay Premium in Great Britain: A Distributional Approach Based on the Labour Force Survey

This article investigates what has been happening to the public‐sector wage differential in Great Britain over the period 1994–2017. The evidence indicates that apart from men in the lower part of the pay distribution, the public‐sector pay premium has declined for all public‐sector workers. This decline has coincided with a decline in the overall pay… 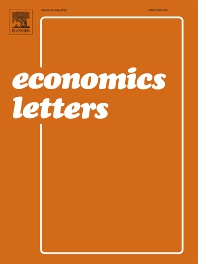 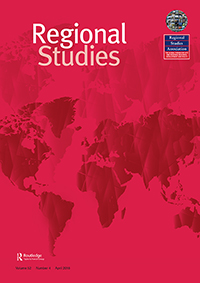 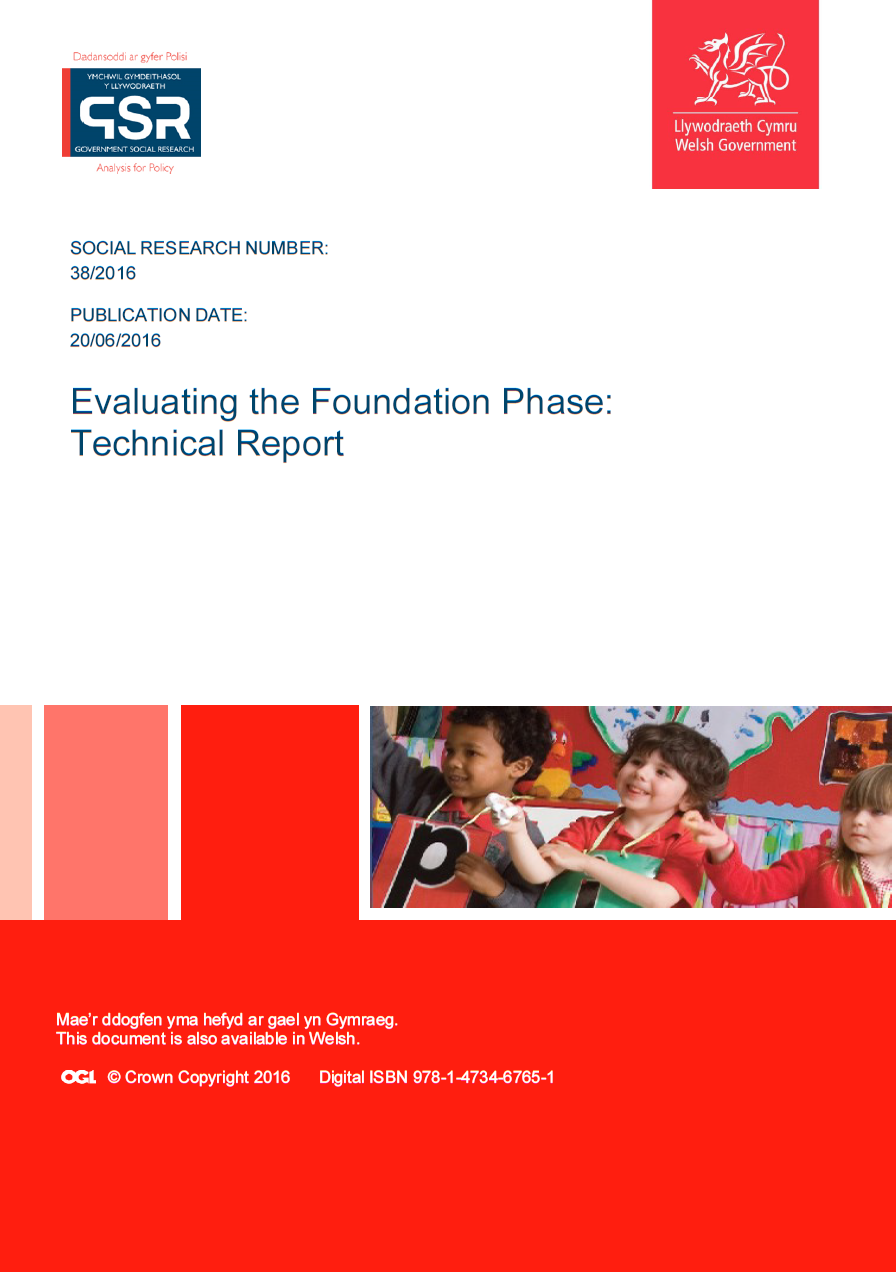 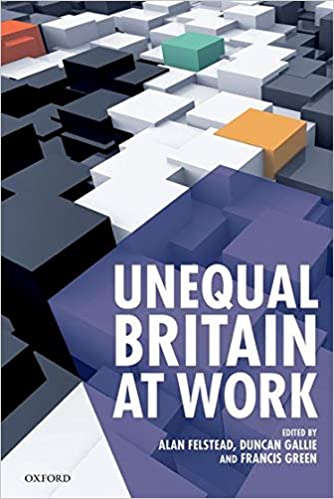 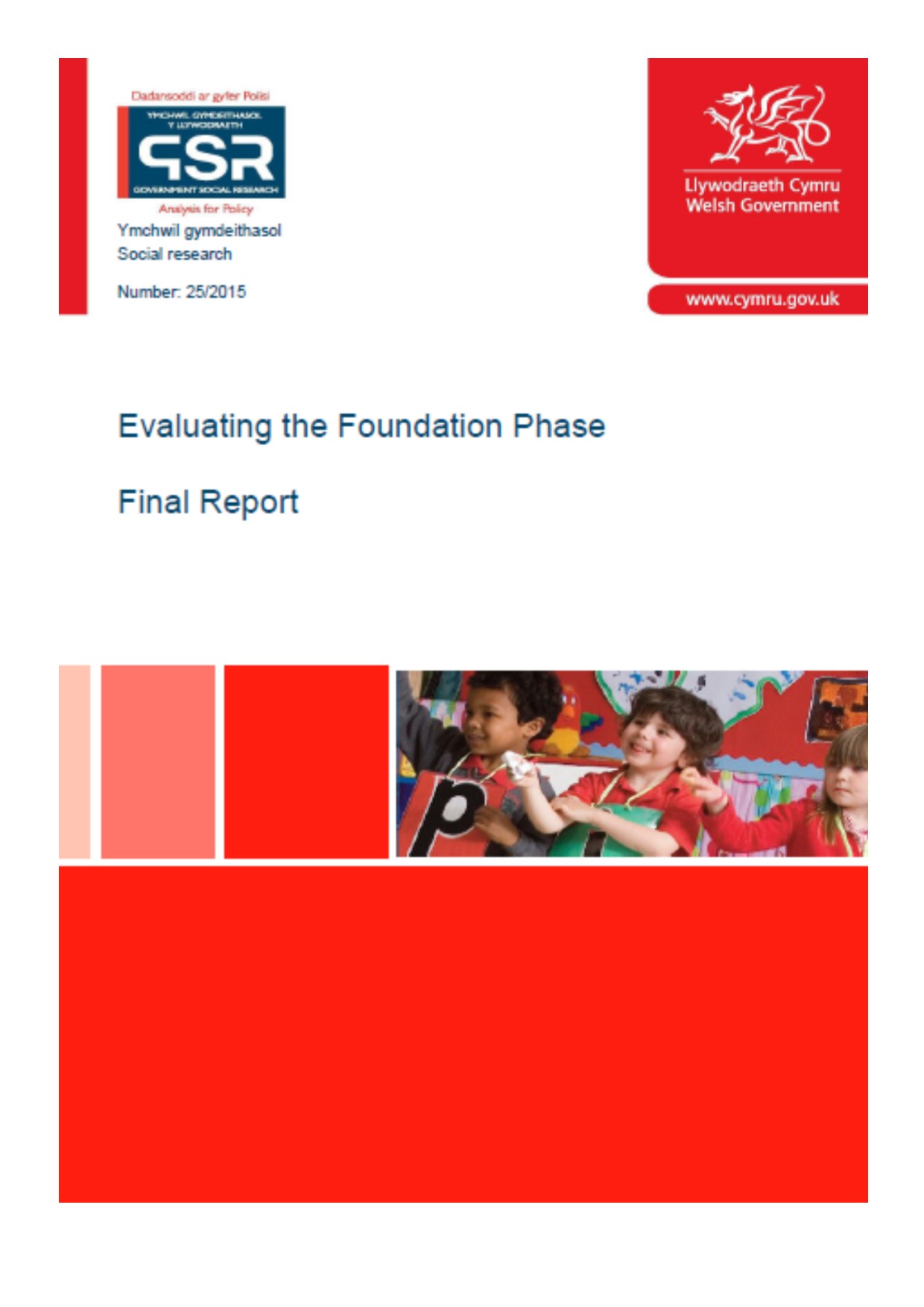 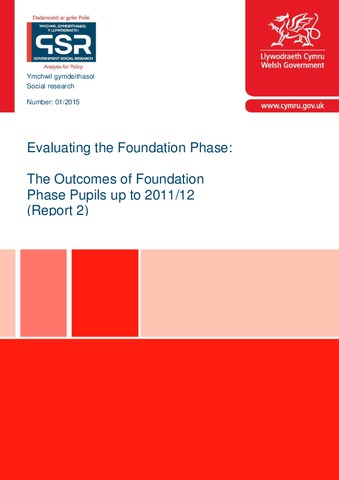 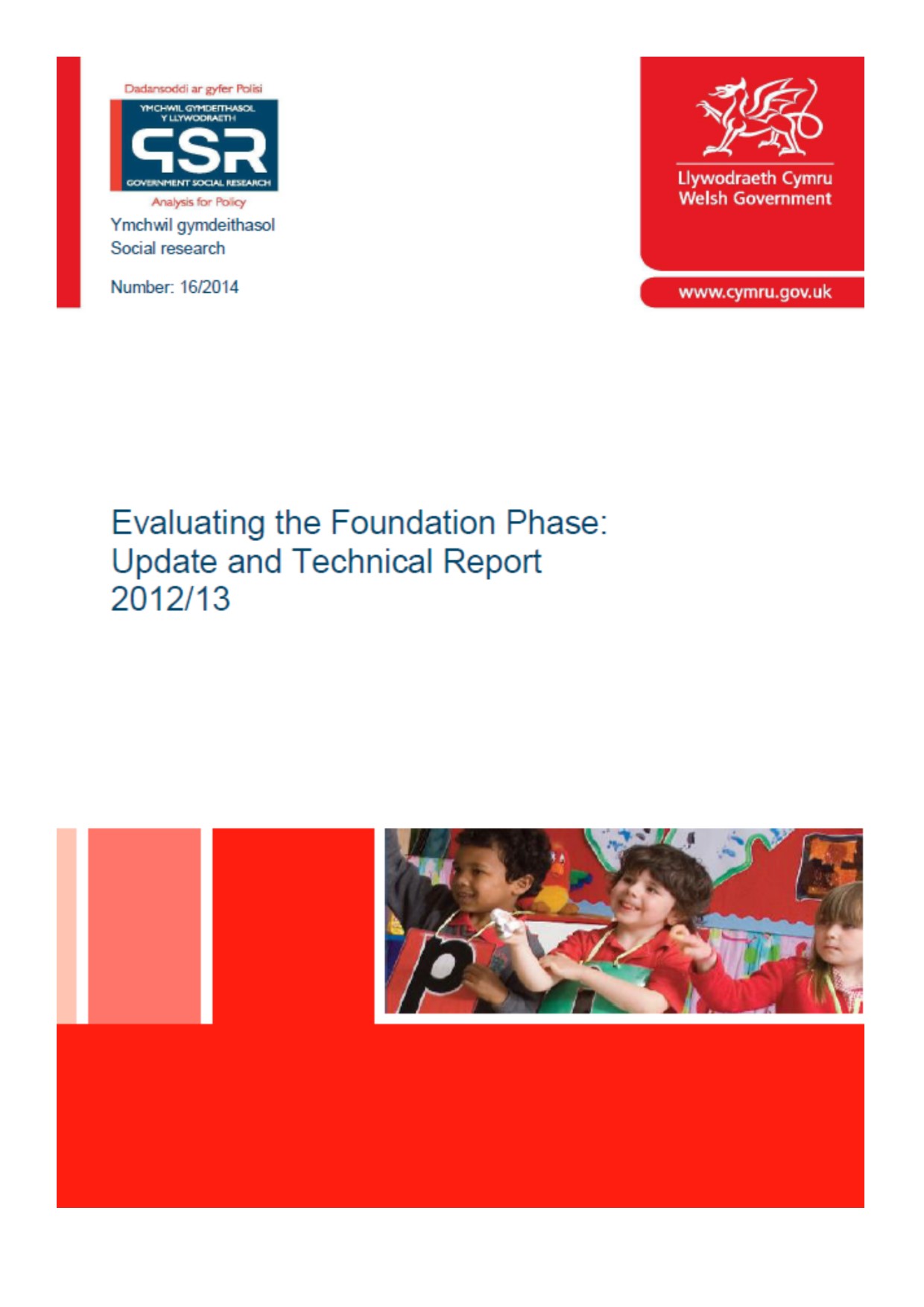 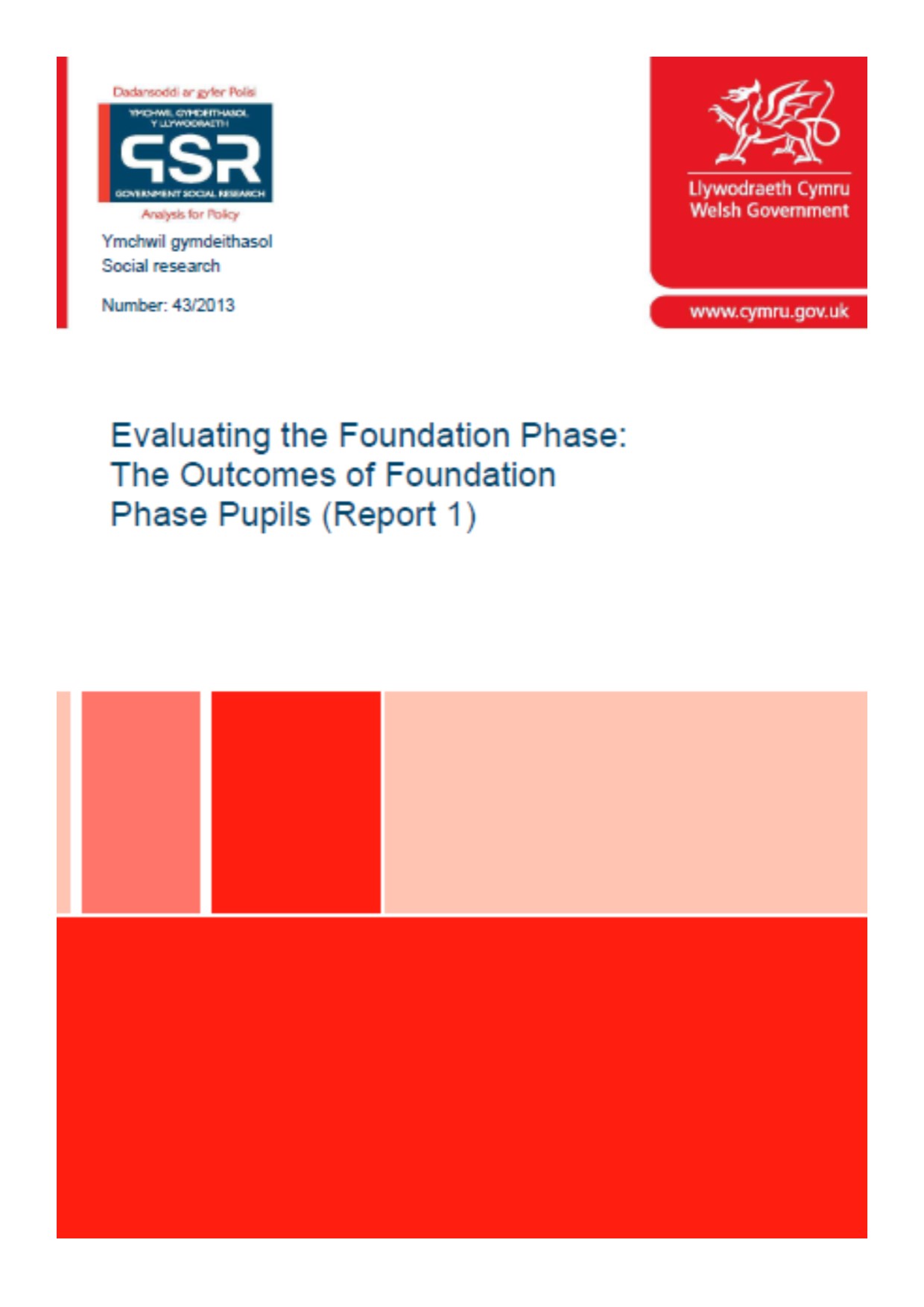 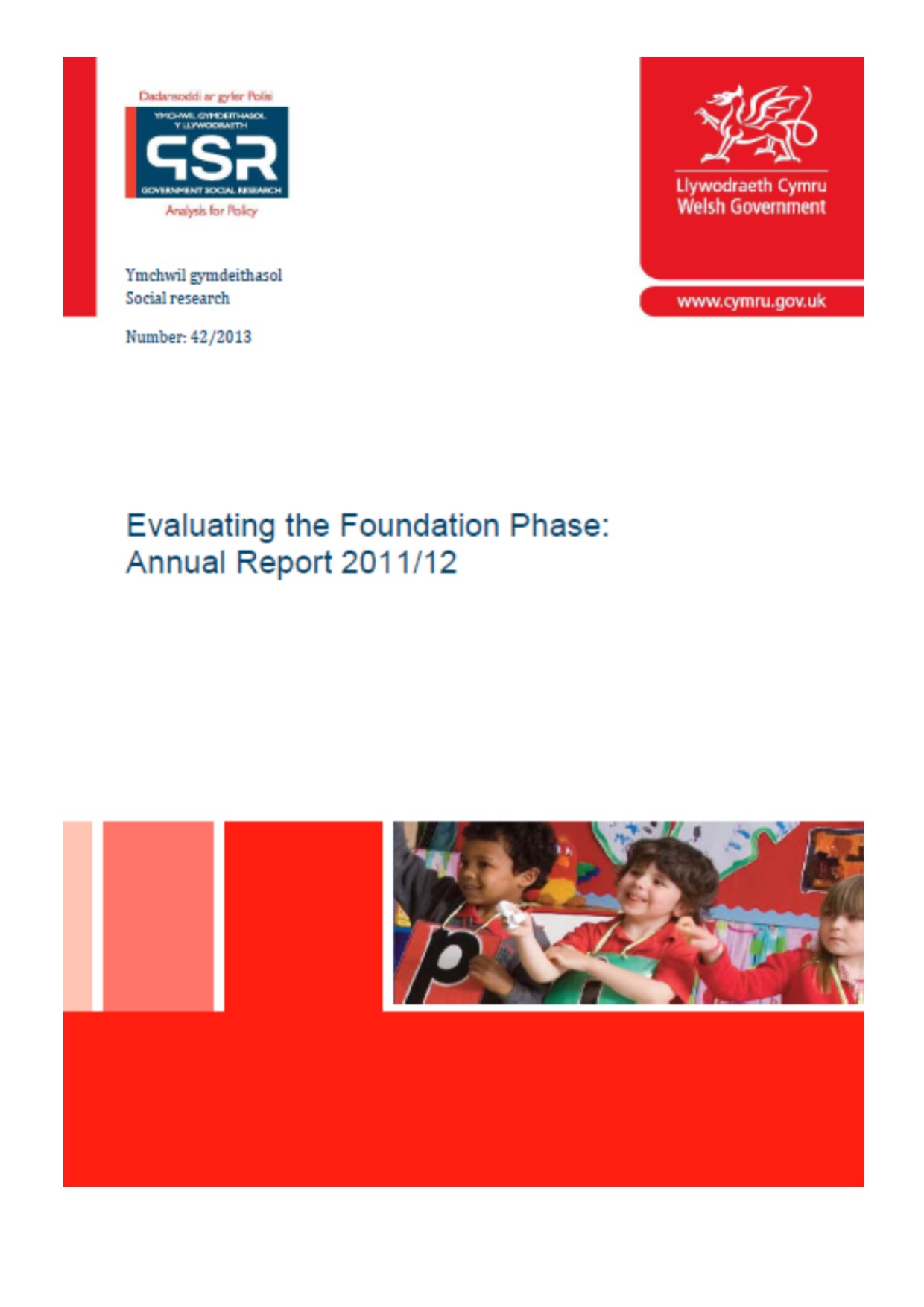 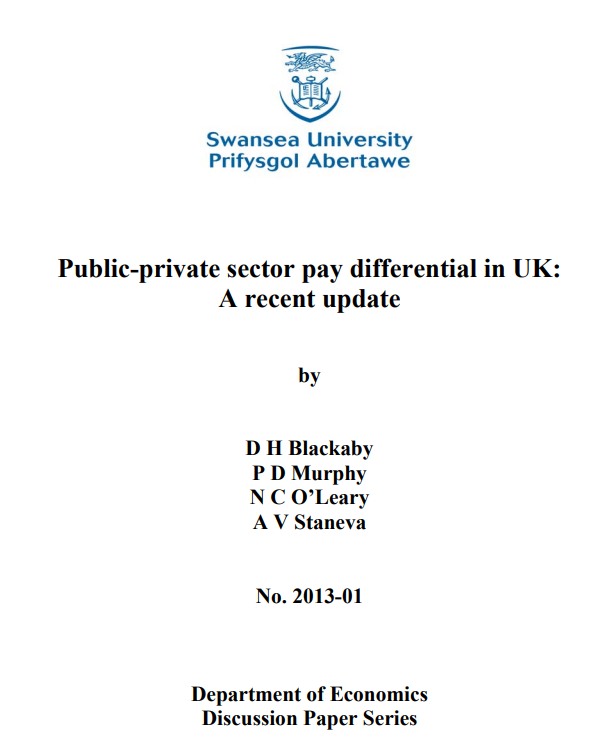 This document updates and extend our previous analysis on the public-private sector wage differential usingsix new quarters of Labour Force Survey (LFS) data. The data are split into two sub-samples – 2009Q1-2010Q4 and 2011Q-2012Q3. The results presented are based on a linear regression of log-hourly earningsagainst independent variables. The measure of pay we use is… 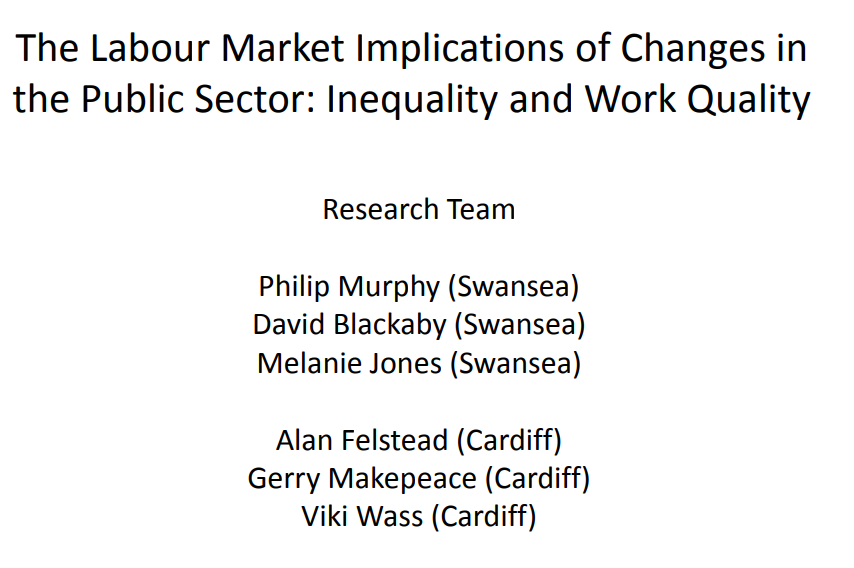 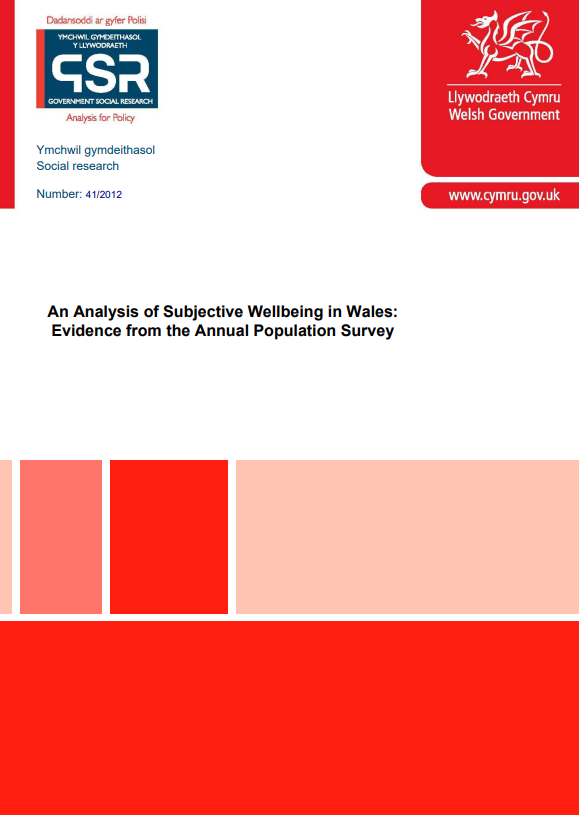 Adroddiadau a Briffiau
An Analysis of Subjective Wellbeing in Wales: Evidence from the Annual Population Survey

This report examines Annual Population Survey (APS) data containing new questionson Subjective Wellbeing (SWB). It focuses on comparisons between variations inSWB across countries of the UK and areas within Wales, as well as how SWB variesby demographic sub-groups within Wales. 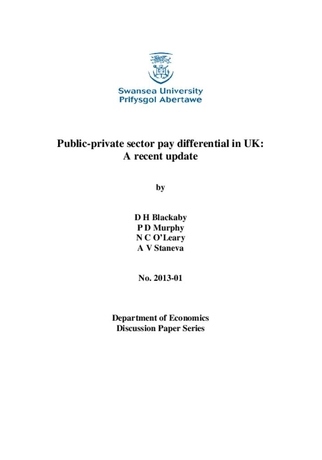 Adroddiadau a Briffiau
An investigation of the IFS public-private sector pay differential: A robustness check

The Chancellor of the Exchequer announced in the Autumn Statement of 2011 that the public sectorpay freeze would come to an end in 2012/13, with public sector pay awards of 1 per cent planned overthe next 2 years thereafter. Emphasis was also placed on making public sector pay more responsive tolocal labour market conditions. Evidence… 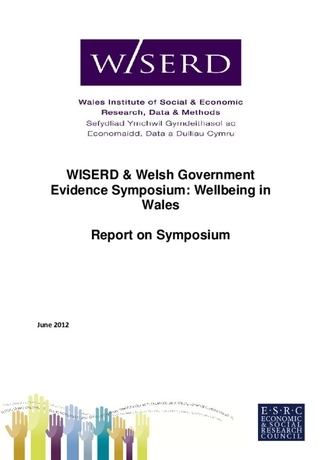 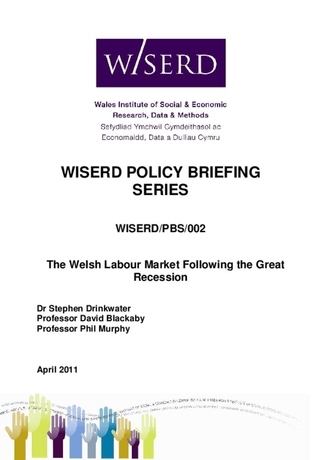 The paper reviews public discourses and research on the safeguarding of other people’s children by adults at the neighbourhood level. There is much empirical evidence pointing to the existence of thriving informal communities of support and informal childcare for parents across the social classes. There appears to be less empirical evidence related to intervening with… 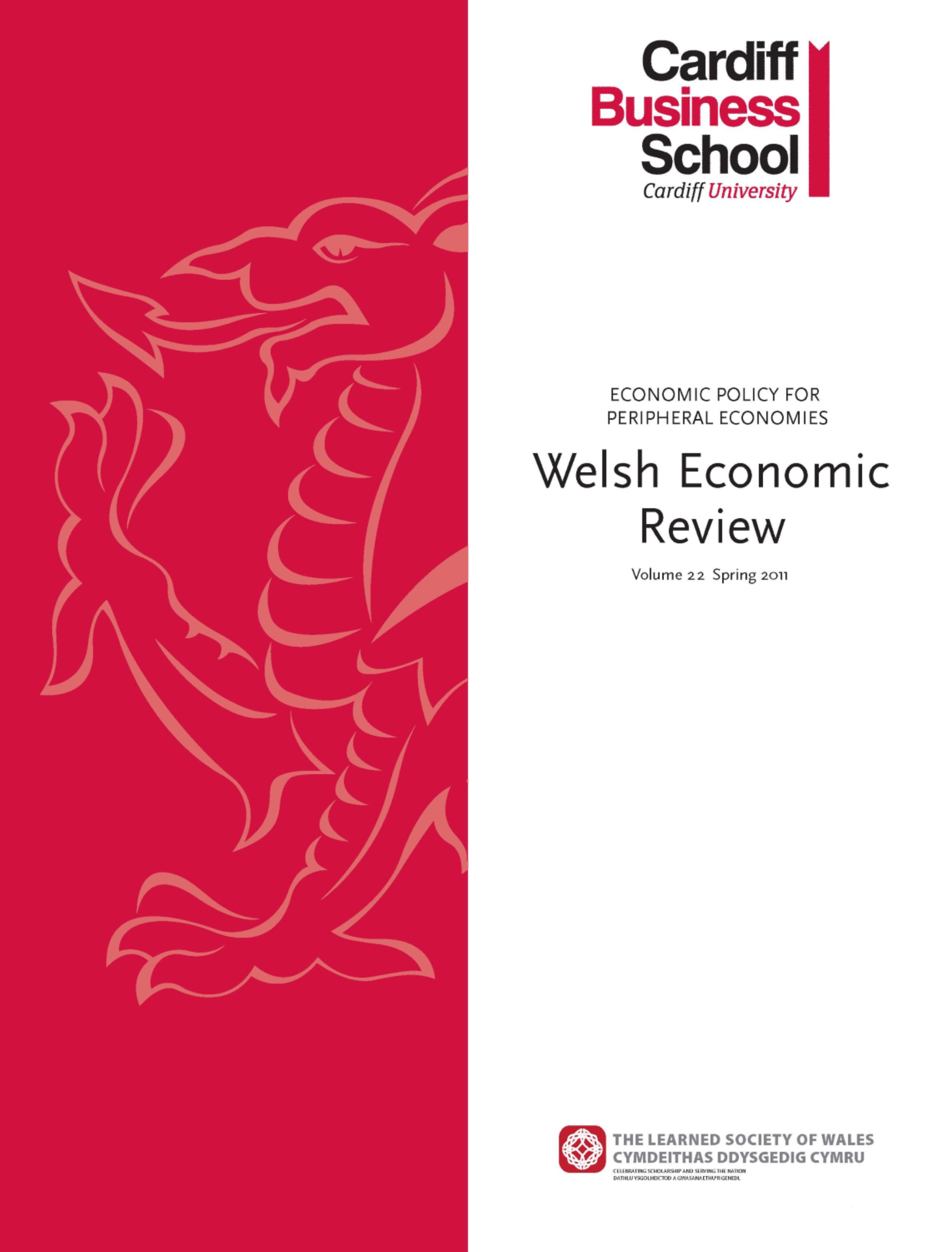 The human capital, or the health, education and skills of the next generation, will be fundamental in determining their labour market success and the future prosperity of the Welsh economy. While it is today’s children who will form this future generation economic analysis typically ignores this group until they reach working age. However, there is… 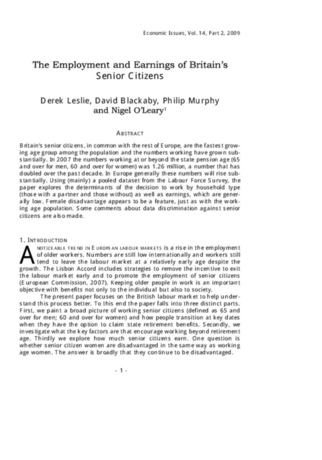 Erthyglau Cyfnodolyn
The Employment and Earnings of Britain’s Senior Citizen 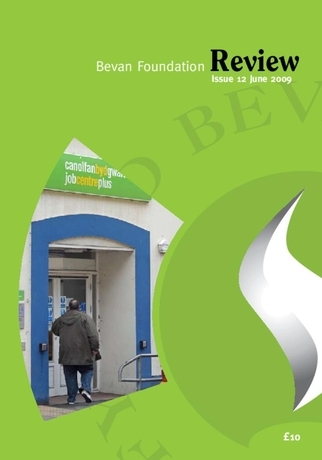 Erthyglau Cyfnodolyn
The Economic Downturn and the Welsh Economy

The Welsh Assembly Government has very few significant levers to pull in an attempt to deal with the effects of the current recession. Many have applauded the actions taken so far but there is still more that could be done, some of which is controversial.

Anghydraddoldeb | Mehefin 2009
Blogiau
Are there differences in volunteering in health and social care and responses to the Coronavirus in England and Wales?
9 Ebrill 2020 | Catherine Robinson, David Blackaby, Stephen Drinkwater

This week, hundreds of thousands of volunteers reported for duty and have started helping the NHS in its fight against coronavirus. The public’s response in volunteering to assist the NHS has been one of the most positive reactions to the current coronavirus crisis. In particular, over 250,000 people living in England signed up to volunteer to provide help for…

Professor David Blackaby interviewed on BBC Radio 4’s ‘World at One’ about the prospects for the steel industry, in the wake of the deal agreed between Tata and the unions

Professor David Blackaby comments on the recent Joseph Rowntree Foundation Report on Poverty and the implications for Wales (in particular Port Talbort) for BBC Radio Wales Good Morning Wales. The recent report found that there are currently 13 million people living in poverty in Britain and claims more government intervention is needed for communities like…

Mark Drakeford AM, Minister for Health and Social Services, will visit Swansea University on Tuesday, April 15, to speak on the topic of “Prudent Healthcare: what can the NHS learn from social care?”. The Minister has been invited to give the first public lecture in a new seminar series, which has been jointly organised by Swansea…

A report written by academic staff at WISERD Swansea, entitled ‘An analysis of subjective wellbeing in Wales: Evidence from the Annual Population Survey’, was published by the Welsh Government on 31st October 2012. This report examines Annual Population Survey (APS) data containing new questions on Subjective Wellbeing (SWB). It focuses on comparisons between variations in SWB across…

Professor David Blackaby, of WISERD Swansea and Swansea University, has been interviewed by the South Wales Evening Post about  job cuts by Tata. The steel company announced last Friday (23rdNovember) that 500 mainly white collar jobs would be lost at the steel plant in Port Talbot. In the interview Professor Blackaby stated that, although jobs…